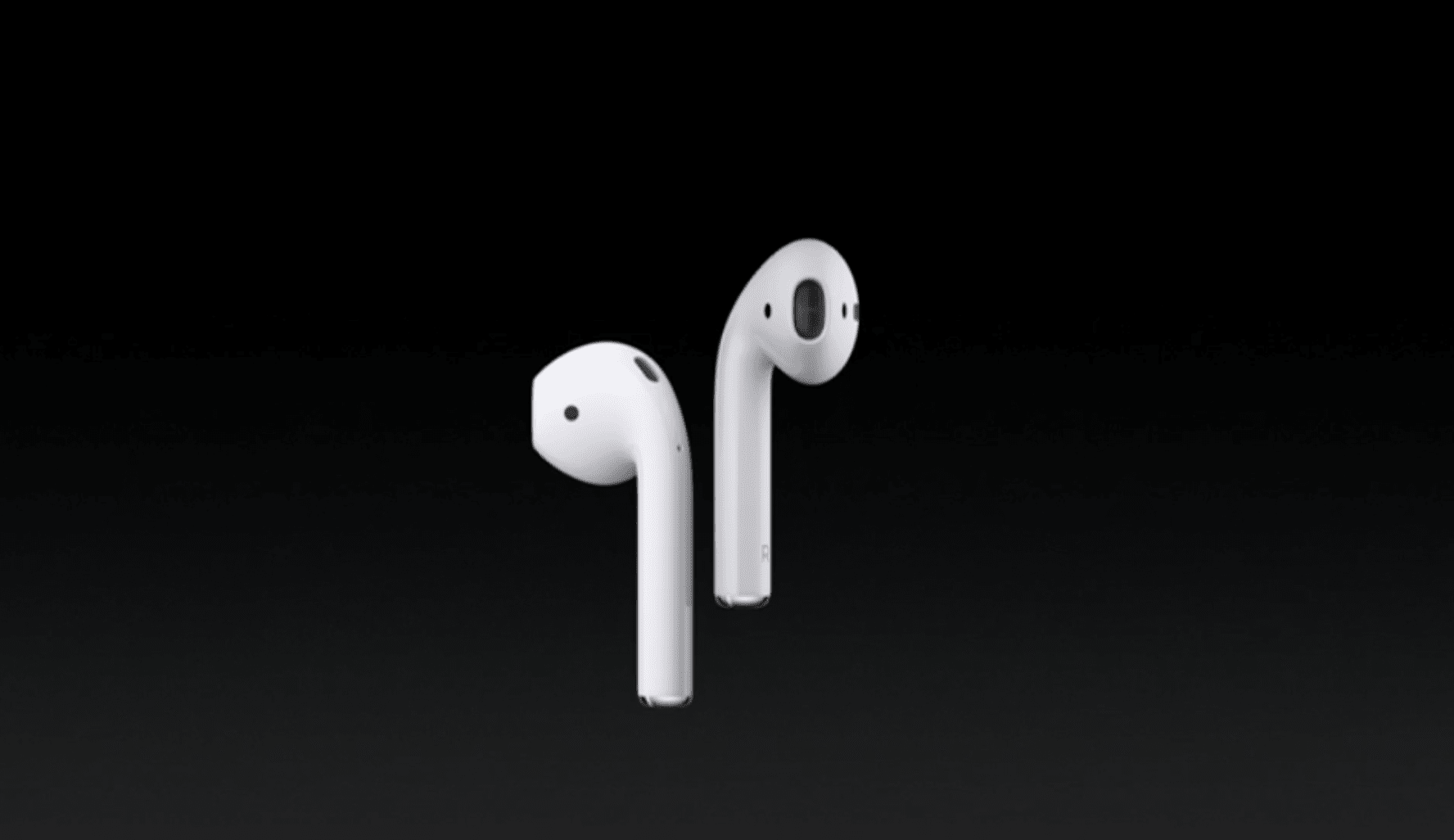 The rumor that Apple would nix the headphone jack on the iPhone 7 and 7 Plus has been circulating off and on since late last year. Today, the company made it official: RIP 3.5mm port on the iPhone. Apple says that Lightning offers multiple uses where the old port did a single job, so that headphone jack is gone and it's being replaced with a fancy new wireless audio accessory and Lightning EarPods. The new Bluetooth wireless earbuds are called AirPods, and they weren't exactly a well-kept secret either.

Inside, Apple uses a new W1 chip to deliver consistent connectivity, quality audio and solid battery life. There are also built-in optical sensors and accelerometers so the AirPods will only play music when one of the buds is in your ear. What's more, you can access Siri with a double tap thanks to onboard microphones. An additional accelerometer detects when you're speaking so that the mics focus on your voice and filter out any ambient noise. Siri will also lend a hand with music controls so you don't have to fumble with swiping or touch gestures.

In terms of battery life, expect 5 hours with an extra 24 hours via the included charging case. Setup is a breeze as well: All you have to do is open up the charging case with your iPhone nearby. Doing so automatically pairs the AirPods with all the Apple devices that are linked to your iCloud account. And yes, AirPods also work with the Apple Watch.

Apple's move to totally wireless earbuds follows the likes of Bragi, Motorola, Jabra and Samsung, which have all debuted in-ear headphones that aren't joined by a cord. Rather than situate a bulkier in-ear headphone right at your ear canal, Apple opted to keep the stem from the EarPods to house those microphones. These new AirPods also don't feature the activity- and heart-rate-tracking tools that the aforementioned brands offer. If you want to use one at a time, you can put in one AirPod for a phone call or to use Siri for any number of tasks.

Unfortunately, the new high-tech wireless headphones don't come bundled with an iPhone. Instead, you'll have to hand over an extra $159 to nab a pair next month.

The new iPhones also have stereo speakers on the front for the first time. This means that if you want the people you're hanging out with to hear a song, the audio from the built-in speakers will be greatly improved over previous Apple handsets. Of course, you're still using speakers on a handset, so don't expect audiophile-quality audio.

Don't worry, those EarPods aren't going anywhere. There's a new version with a Lightning cable so that you'll have something to use the moment your phone arrives. The old $30 wired earbuds have been a staple alongside new iPhones since they debuted in 2012, and they're staying with a new connector. If you're really attached to your current wired headphones, Apple will include an adapter in the box with the new iPhones so that you can still use them. It makes for a clunky setup, but if you've invested in the likes of Bang & Olufsen's H6s, Master & Dynamic's MH40 or MH30, this gives you a way to still use them with the new iPhone.

In this article: 3.5mm, adapter, apple, av, earpods, gear, headphonejack, headphones, iphone, iphone7, iphone7event, lightning, mobile
All products recommended by Engadget are selected by our editorial team, independent of our parent company. Some of our stories include affiliate links. If you buy something through one of these links, we may earn an affiliate commission.