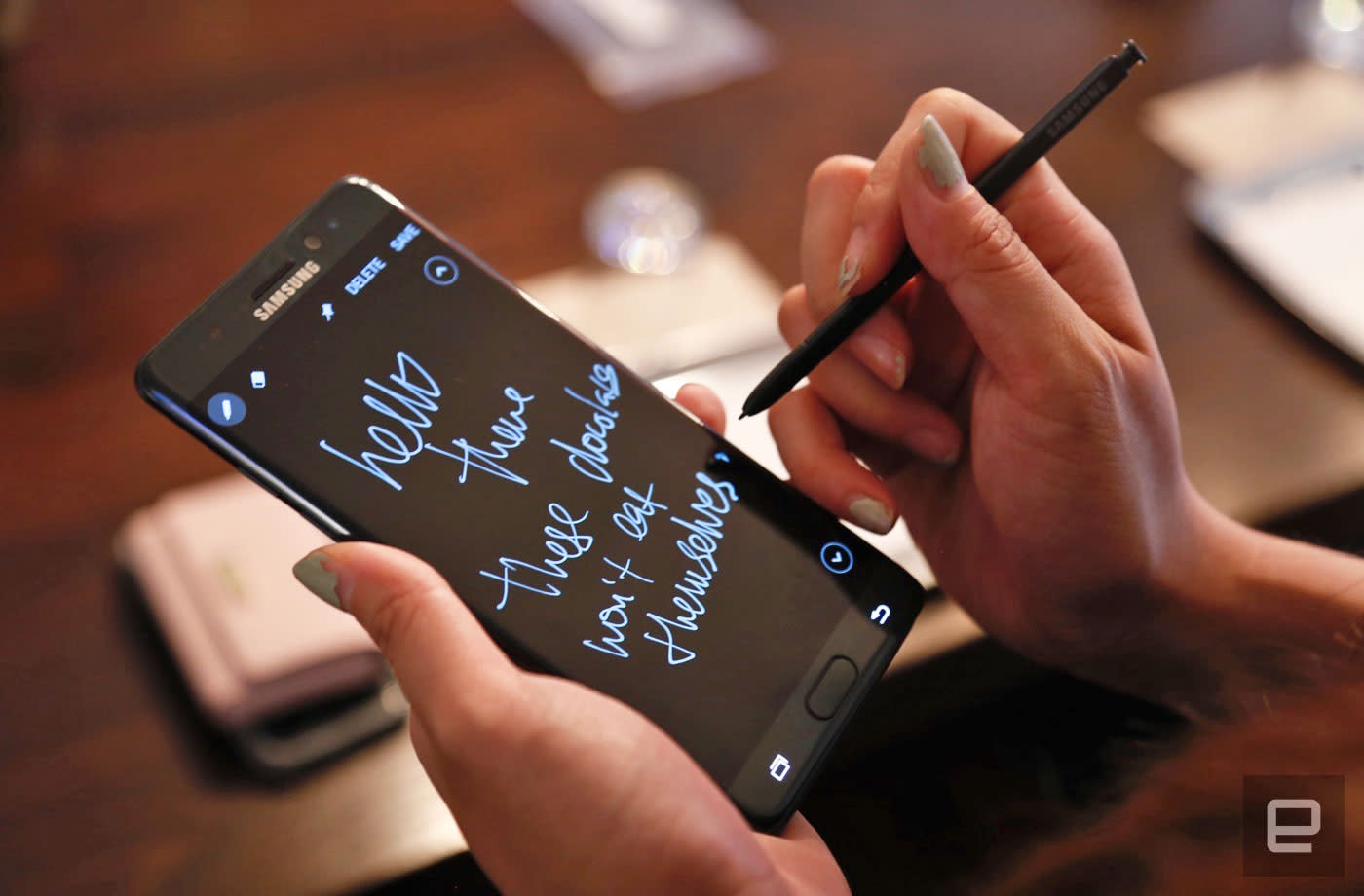 More than 500,000 replacement Galaxy Note 7 phones have landed in the United States and been shipped to stores across the country, meaning anyone in need of a non-explosive device can get one tomorrow, September 21st, just as Samsung planned. Samsung is also rolling out a software update to all affected Galaxy Note 7s prompting users to turn off and exchange their devices every time they're charged or powered on. An update released today additionally limits affected phones in Korea to a 60 percent charge.

Early this month, Samsung recalled every Galaxy Note 7 sold around the world over a manufacturing malfunction that causes some devices to overheat, catch fire and even explode. The recall affects 2.5 million phones globally, and Samsung has received at least 92 reports of batteries overheating in the US alone. The Consumer Product Safety Commission officially recalled the Galaxy Note 7 on September 15th. The Federal Aviation Administration and New York Metropolitan Transportation Authority have also warned against traveling with the phones.

Twenty-five percent of all potentially flammable phones in the US have already been exchanged, Samsung tells The Verge. Anyone with a Galaxy Note 7 will be able to tell if their device is safe via a green battery icon that shows up in the status bar, always-on display mode or power-off screen.

In this article: galaxynote7, galaxynote7recall, gear, mobile, recall, samsung
All products recommended by Engadget are selected by our editorial team, independent of our parent company. Some of our stories include affiliate links. If you buy something through one of these links, we may earn an affiliate commission.