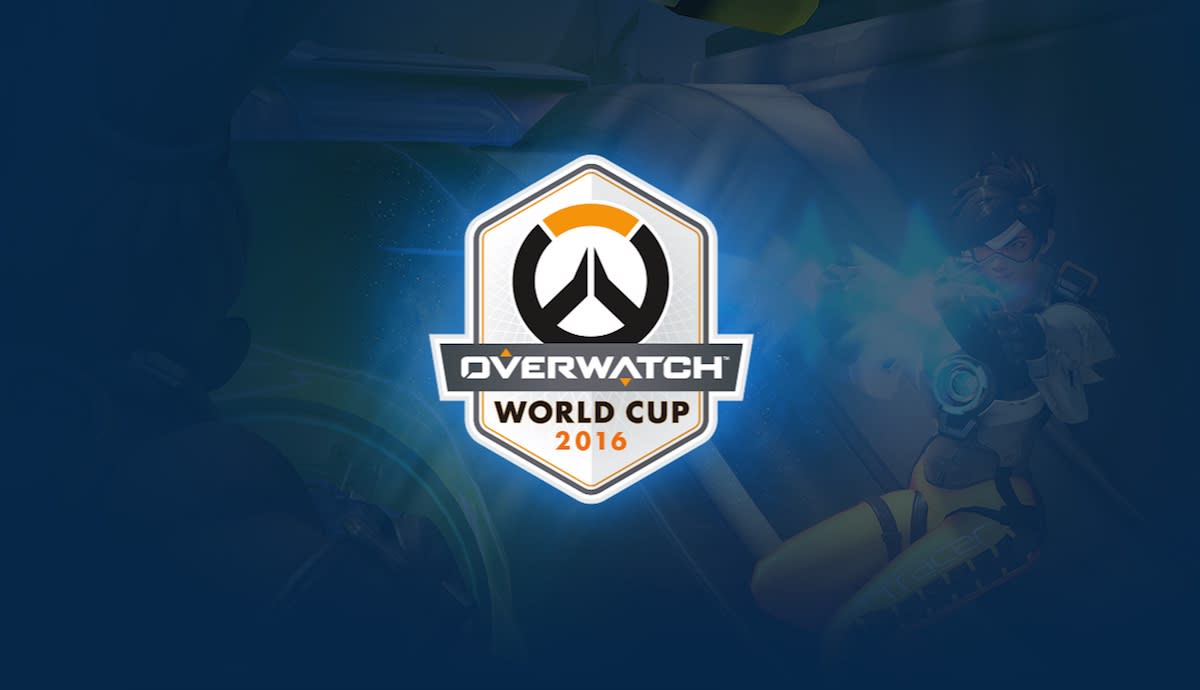 Overwatch may only be four months old, but Blizzard's multiplayer shooter has already amassed 15 million players and is gaining a lot interest from eSports fans. Many of the top eSports teams are quickly adding players to their roster as the world's biggest invitationals find new ways to host them. However, a competition hosted by Blizzard itself may give the game the boost it needs to gain notoriety in a scene dominated by League of Legends, DOTA 2 and CS:GO. It's called the Overwatch World Cup and we now know the 16 teams that will battle it out for global supremacy.

Over the past month, 50 national teams from around the world put forward their best players to show off their competitive skills in best-of-three online qualifiers. Teams are comprised of six members, who were either picked by a team captain or voted in by Overwatch fans themselves. Many players have made a name for themselves either through casting their games online or already belong to an eSports team and, like a real sporting championship, have been selected to represent their country based on their ability.

The World Cup is important for Blizzard to open up Overwatch to fans who haven't yet entered the world of competitive eSports. By grouping the world's best players into national teams, viewers can follow the progress of their country through the competition, exposing them to pro players that they may not have heard of. Blizzard will hope that the tournament will be an on-ramp for casual players, who will maintain that interest in Overwatch's competitive leagues.

In this article: av, blizzard, esports, gaming, internet, overwatch, overwatchworldcup, streaming, worldcup
All products recommended by Engadget are selected by our editorial team, independent of our parent company. Some of our stories include affiliate links. If you buy something through one of these links, we may earn an affiliate commission.