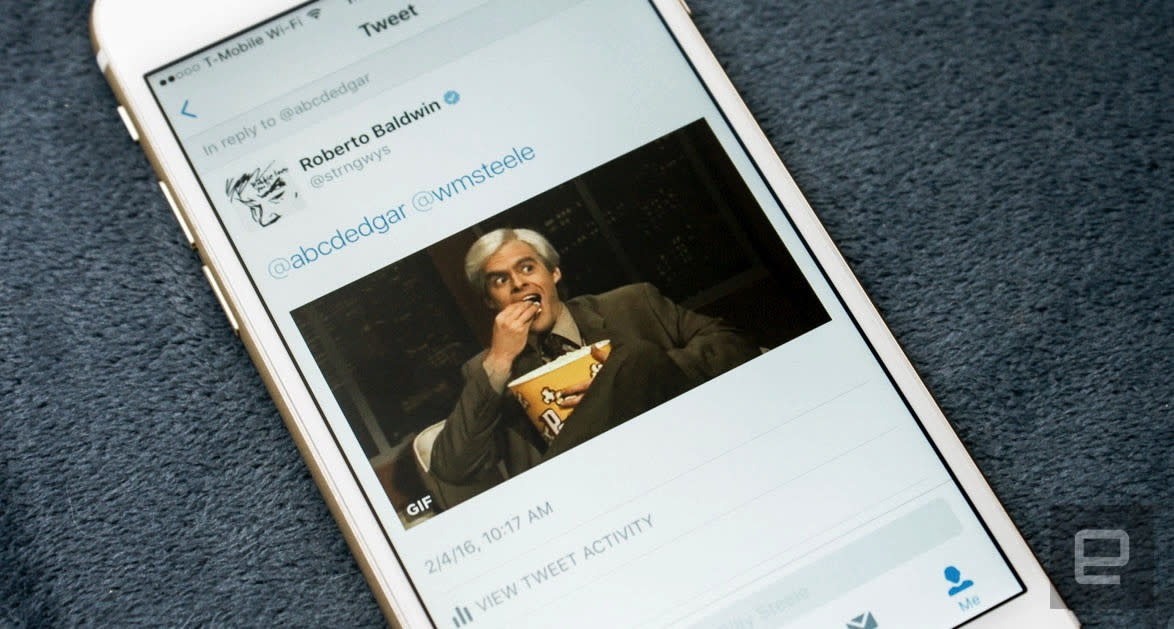 CNBC reported late last week that Google and Salesforce were interesting in buying Twitter. TechCrunch followed that up with its own report that the list of potential buyers included Microsoft and Verizon. The latest company to be mentioned as a potential suitor is Disney. Bloomberg reports that the company is working with financial advisers on a possible bid for the social network.

Details are scarce for now, but Bloomberg says Twitter has started the process of evaluating bids. The move would make a lot of sense for both sides if Disney were to acquire Twitter. Disney's entertainment portfolio includes Walt Disney Studios, Marvel, Lucasfilm, Pixar and more. It also owns ABC and a majority stake in ESPN with investments in A+E Networks, Vice Media and Hulu. Disney made a $1 billion investment in BAMTech this summer, the arm of Major League Baseball's Advancement Media division that powers streaming tech for the likes of HBO Now.

Disney followed up that news by clarifying that it was working on a "direct-to-consumer" option for ESPN that wouldn't require cable. As much as Twitter has been pushing video streaming as of late, the combination of the social network and the media company could make quite the pair. In fact, Twitter is already using BAMTech to power its weekly NFL streams. What's more, Twitter's CEO Jack Dorsey is also on the board of Disney.

In this article: acquisition, buyout, culture, disney, internet, report, sale, services, twitter
All products recommended by Engadget are selected by our editorial team, independent of our parent company. Some of our stories include affiliate links. If you buy something through one of these links, we may earn an affiliate commission.