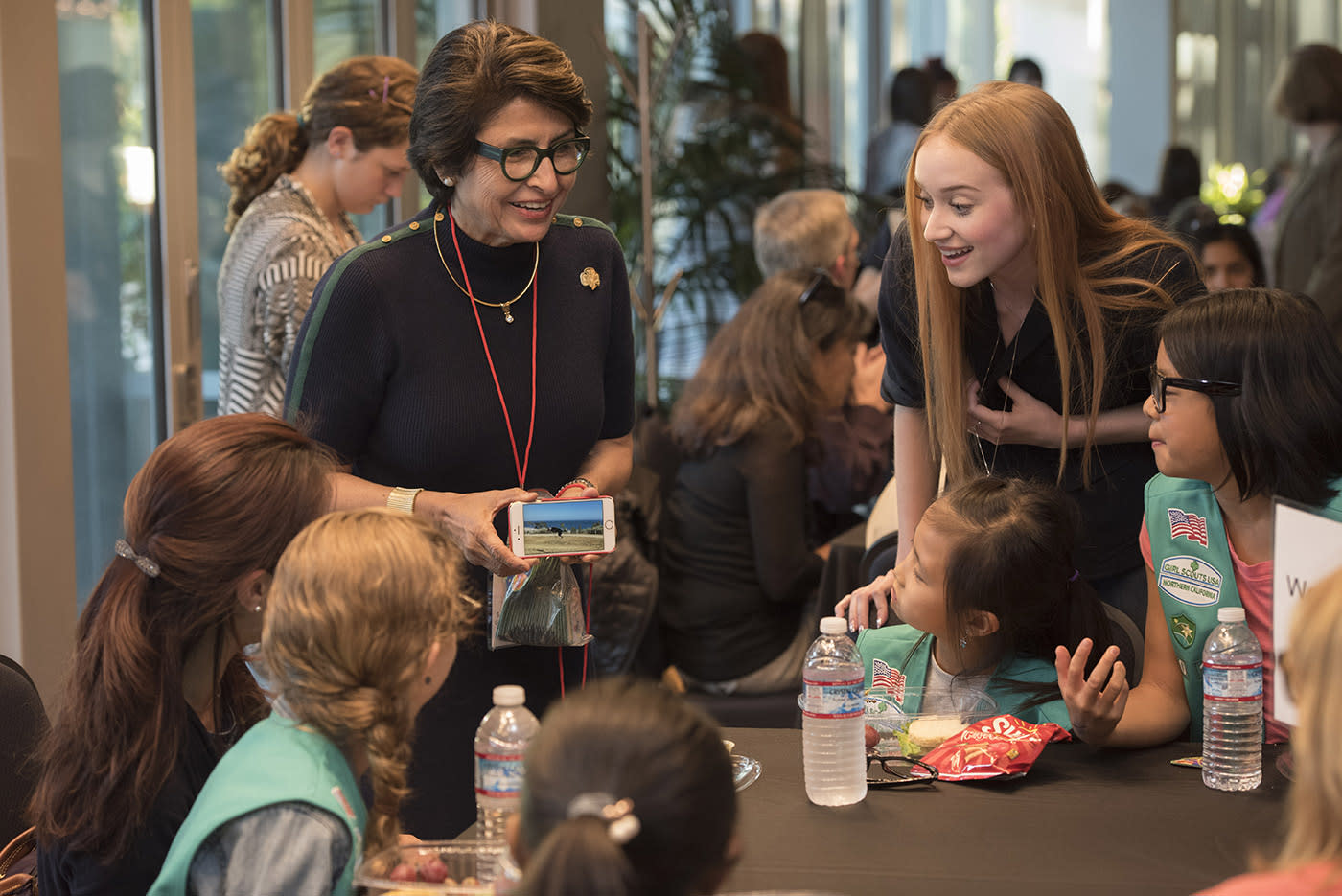 Netflix has revealed a collaboration Melinda Gates would approve of. The streaming service has teamed up with Girl Scouts of the USA for a project that aims to encourage young girls to pursue careers in science, technology, engineering and math. To start with, they launched an online resource called STEM Superstars Guide that scouts across the US can access to find out more about what pursuing a career in those fields mean. Volunteers can also check it out to find activities they can do and ideas they can use to start relevant conversations.

In addition, Netflix has invited troops from Silicon Valley to its headquarters on October 4th, where scouts met female reps from big-name tech corporations, including Google, Instagram, Intel and Twitter. The kids also got an early look at the new season of the Netflix original Project MC2, featuring teen spies saving the world with the powers of science and technology. Plus, they got to perform some experiments inspired by the show.

According to Girl Scouts of the USA, 50 percent of young women ultimately decide that a career in STEM isn't for them despite showing early interest in those fields. This partnership aims to change that. Besides being an attempt to keep girls interested in pursuing STEM careers, this project also wants to show them that there are many female role models whose footsteps they can follow. And that includes Girl Scouts interim CEO Sylvia Acevedo, who's a rocket scientist herself:

"As a lifelong Girl Scout who grew up to pursue rocket science, I know the impact our program can have on girls interested in STEM. My Girl Scout experience was a key element in empowering me to enter the engineering field when most females didn't pursue STEM. I am so thrilled to work with Netflix to ensure more girls have the interest, drive and determination to pursue and lead in STEM-related fields."

In this article: culture, internet, netflix
All products recommended by Engadget are selected by our editorial team, independent of our parent company. Some of our stories include affiliate links. If you buy something through one of these links, we may earn an affiliate commission.