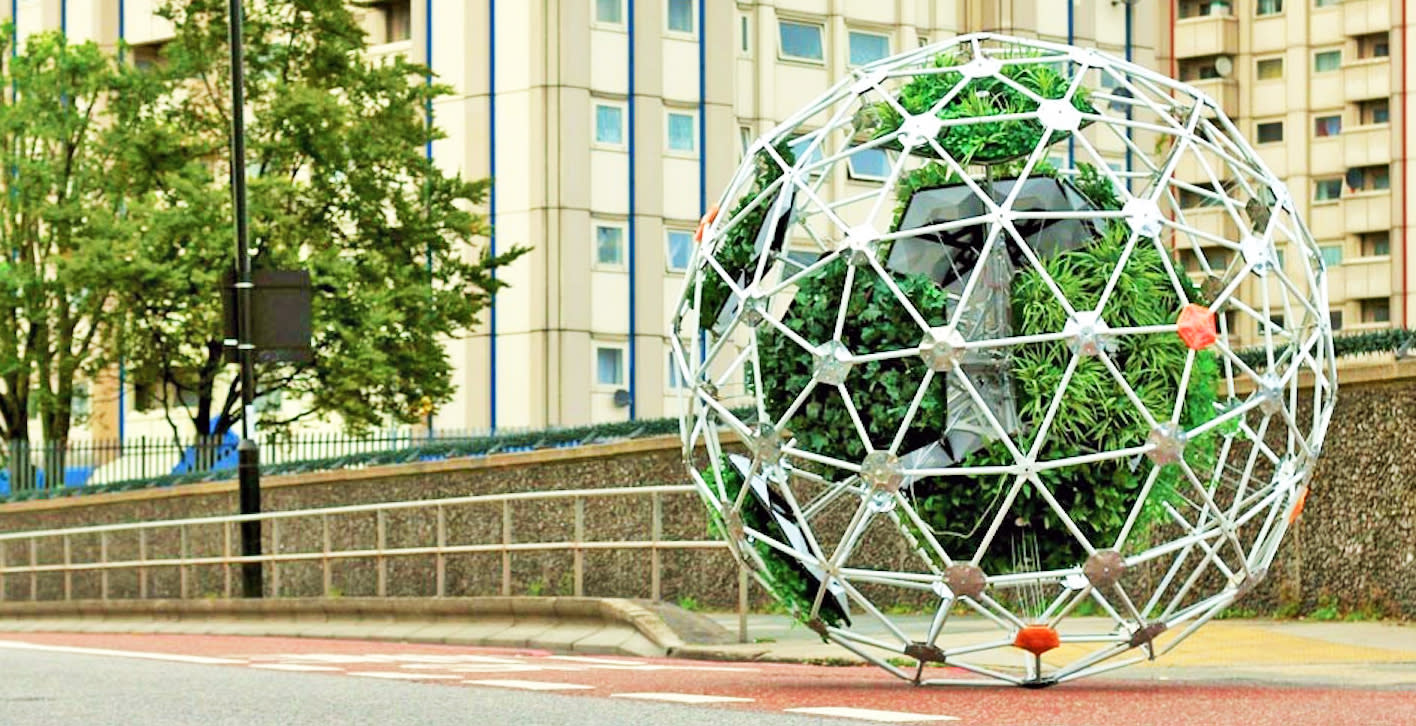 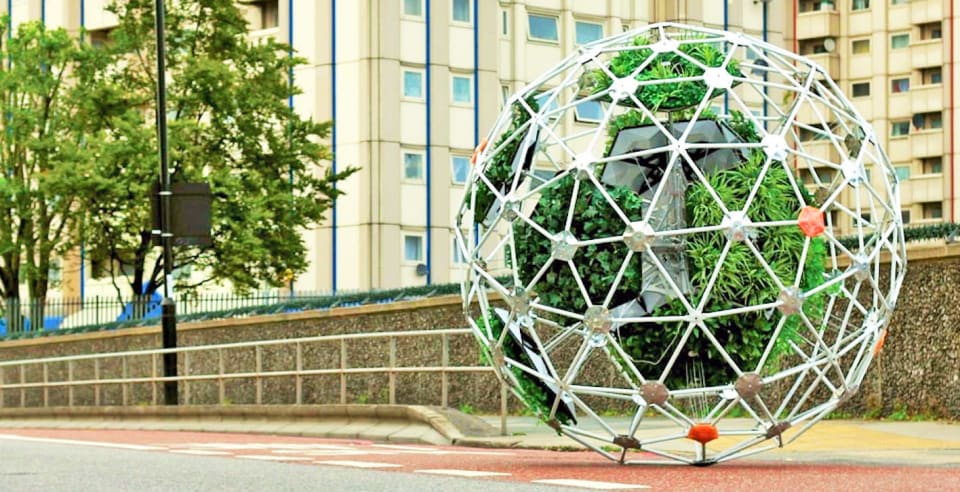 The Fisker Karma was one of the world's hottest plug-in hybrid supercars when it debuted in 2011 - and now its creator Henrik Fisker has announced plans to launch an electric sports car with a 400-mile range next year. Meanwhile, Mercedes is taking aim at the Tesla Model X with its new Generation EQ SUV, which touts 400 horsepower and an all-electric driving range of 300 miles. The International Space Station is getting ready to test a brand new ion thruster that can be powered by space junk, and teenage inventor Boyan Slat has modified a C-130 Hercules aircraft with high-tech sensors to spot plastic debris in the Great Pacific Garbage Patch. Solar power is getting cheaper by the day - and two groundbreaking projects in China and Abu Dhabi have pushed the price down 25% in just five months. In other energy news, Poland just unveiled a glowing, bright blue bike lane that's charged by the sun. The Water Seer is a new wind-powered gadget that pulls clean drinking water from thin air, and the Land Art Generator Initiative showcased a fog-harvesting, energy-generating boat that could collect 30 million gallons of water ever year. And an innovative algae-growing building took top prize in the Biodesign Competition.

In design and technology news, this week the Nobel Prize in Chemistry was awarded to three scientists who invented the world's tiniest machines. Gensler unveiled plans for a high-tech floating structure to house the UK Parliament on the River Thames, and we spotted a a futuristic Dutch community made from 50 spherical homes. You've probably heard of self-driving cars, but what about a self-driving garden? That's the idea behind this crazy geodesic garden sphere that drives itself around in search of sunlight. And Sealtech has developed an innovative fabric that's able to repair itself with just a touch.

In this article: autonomous, bikepath, culture, design, FiskerKarma, gadgetry, gadgets, green, inhabitat, partner, science, solar-powered, syndicated, TeslaModelX, transportation
All products recommended by Engadget are selected by our editorial team, independent of our parent company. Some of our stories include affiliate links. If you buy something through one of these links, we may earn an affiliate commission.