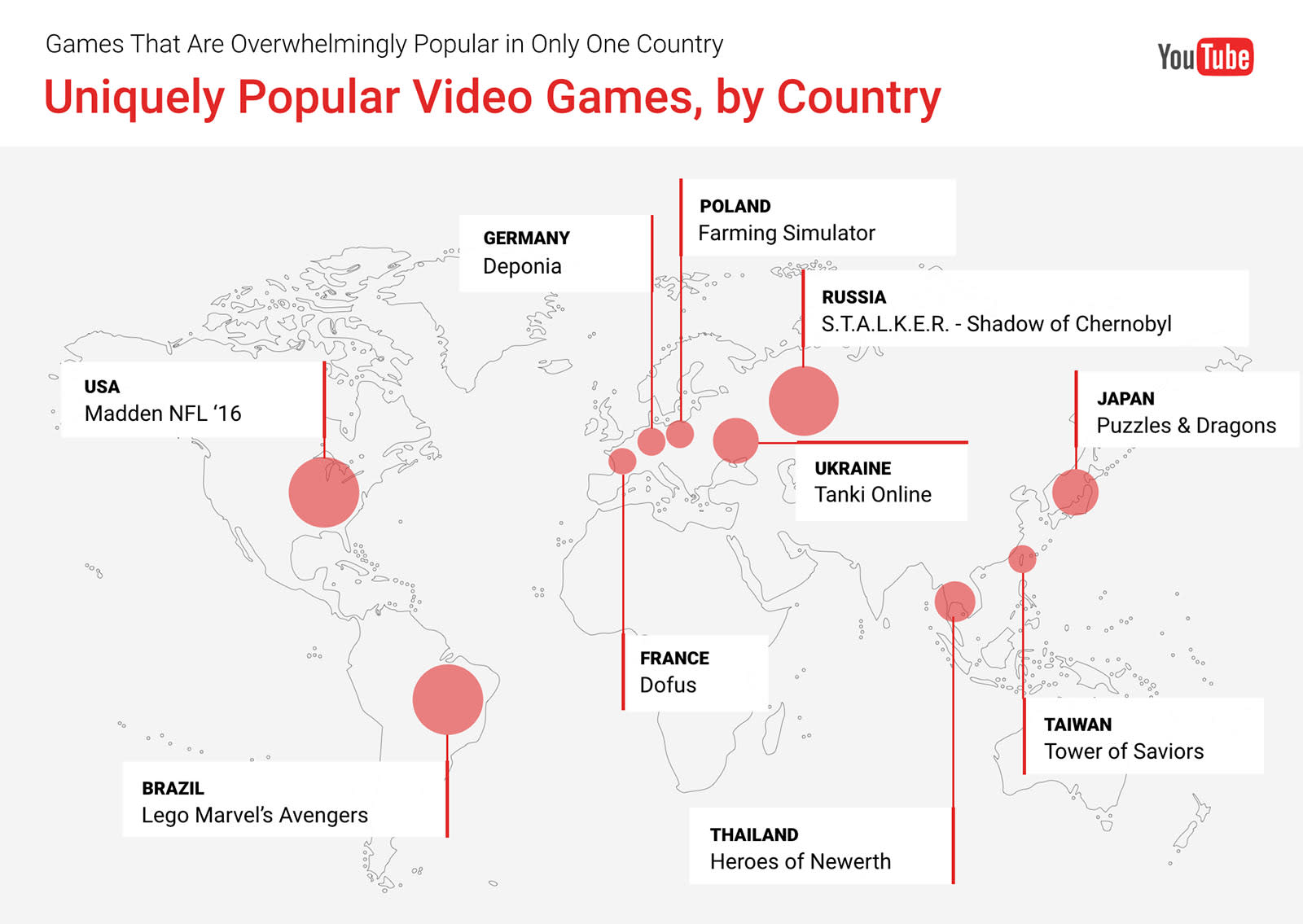 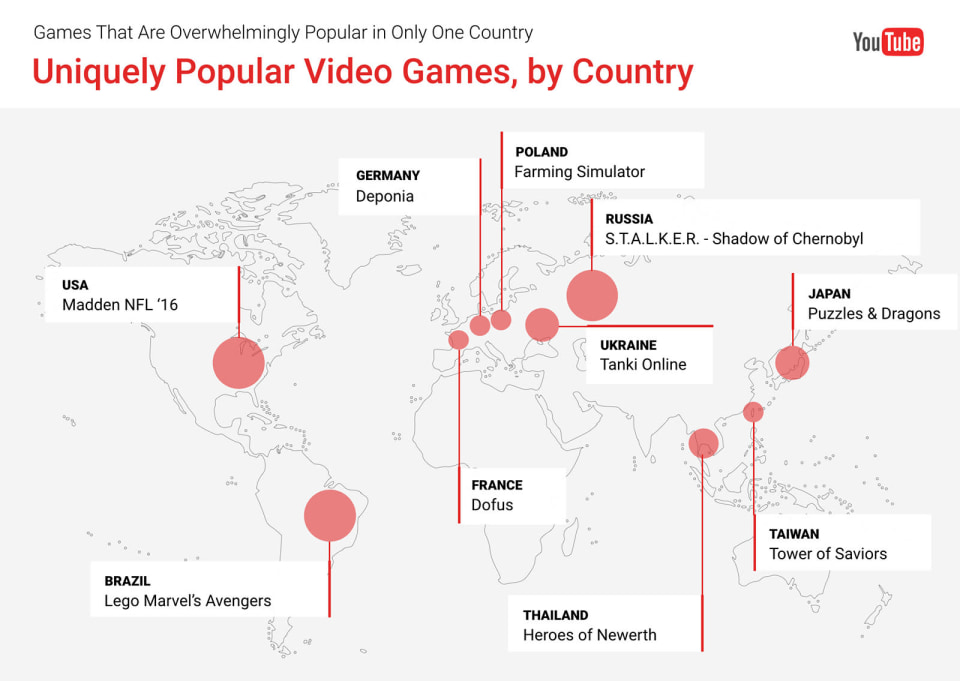 Some games are universal -- Minecraft and Grand Theft Auto, for instance, are popular in almost every country despite being different from each other in nearly every way. Pokémon Go is also a hit everywhere except, not surprisingly, Russia. After checking game streams against regions, YouTube researchers found that many games are popular in some regions and a not at all in others, though. For instance, Madden NFL '16 is uniquely popular in the US, which is not a shocker for such a regional sport.

But did you know that German YouTube viewers can't get enough of Deponia, a click-and-point adventure game set in a junk world, or that Lego Marvel's Avengers is a huge hit in Brazil, and not so much elsewhere? And while Russians may distrust Pokémon Go, they love S.T.A.L.K.E.R.: Shadow of Chernobyl, a ten-year-old mutant horror game about an incident from the Soviet days. France, Japan and Taiwan, meanwhile, are big fans of three different RPGs -- Dofus, Puzzles & Dragons and Tower of Saviors, respectively. None of those has made a huge impact elsewhere lately, though.

Oddly, many of these games are quite old -- Dofus is originally from 2004, for instance, and Heroes of Newerth, a game beloved uniquely in Thailand, was released in 2010. Their recent popularity might have to do with the fact that some of these games (like Newerth) are now free to play. Others might be due to regional quirks or popular mods for games like Farming Simulator in Poland. In any case, YouTube's poll reflects gaming viewership on YouTube, and not necessarily gameplay -- so much of the regional interest may be strictly voyeuristic.

In this article: FarmingSimulator, gaming, google, GrandTheftAuto, Minecraft, politics, popularity, Regional, YouTube
All products recommended by Engadget are selected by our editorial team, independent of our parent company. Some of our stories include affiliate links. If you buy something through one of these links, we may earn an affiliate commission.