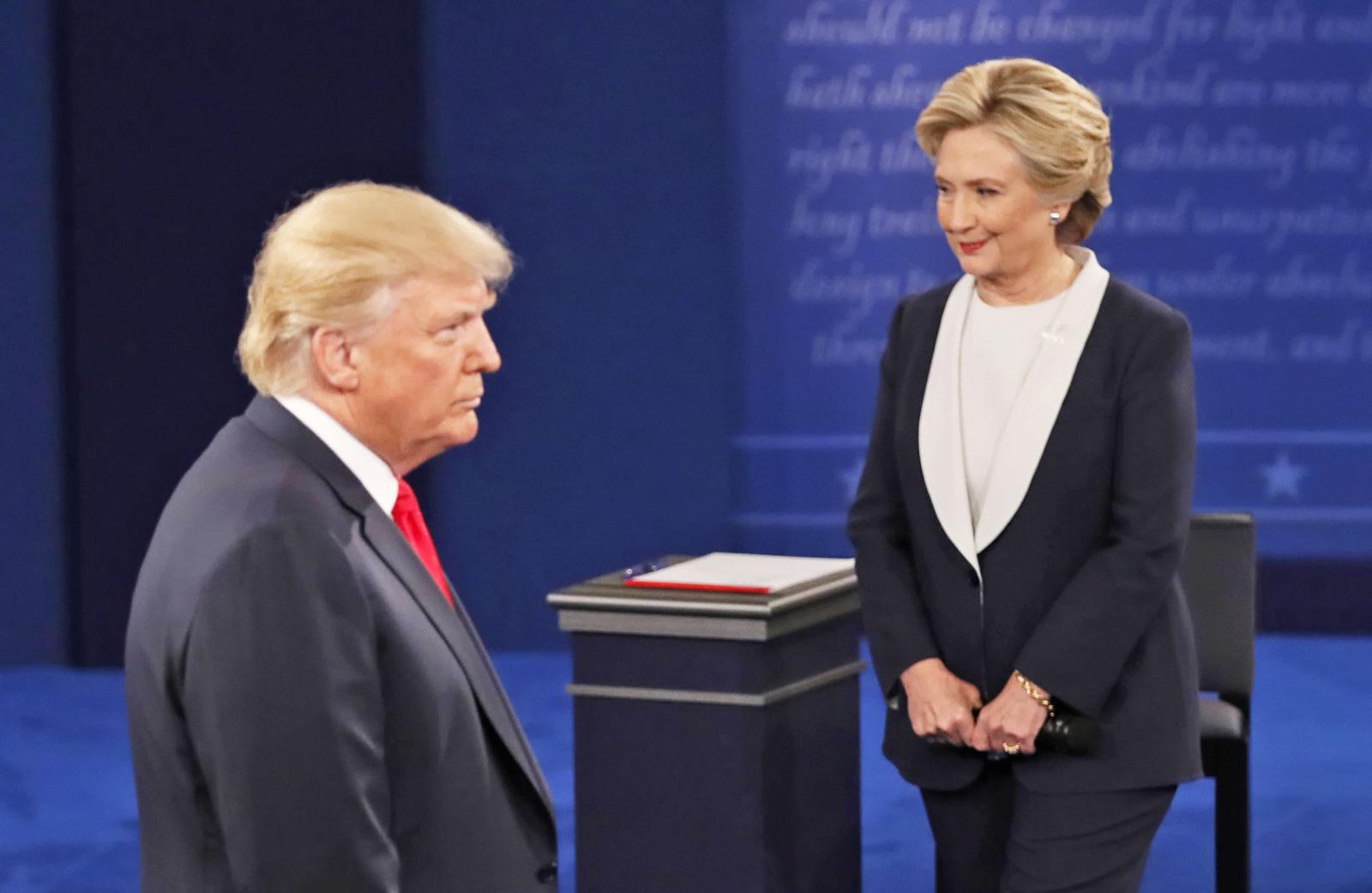 Did you choose to watch coverage of the second US presidential debate on your computer or phone instead of your TV? You're not alone... in fact, you might have plenty of good company. YouTube reports that round two of Clinton versus Trump racked up 124 million worldwide views across live streams and on-demand videos, compared to 'just' 63 million TV viewers. That's a roughly 40 percent jump over what YouTube saw in the last debate, although it's notable that there were fewer concurrent viewers -- the town hall debate saw a peak of 1.5 million versus 2 million the last time.

YouTube hasn't explained what prompted the surge, although it's easy to point to a few factors. For a start, the incendiary nature of the debate helped -- people around the planet wanted to catch more of those outrageous statements, especially knowing what happened in the first debate. The 9PM Eastern timing also likely drove some viewers to YouTube recaps instead of watching live TV. The rise of cord-cutting may have played a part as well, although that would be difficult to quantify.

It's important to add that this is only YouTube's data, for that matter. Twitter says that the second debate saw over 17 million tweets, the most it had ever seen for a debate -- and you know that some of those users watched the showdown on Twitter itself or other internet services, such as Facebook and news websites. TV is still a force to be reckoned with in debate coverage, and might still have an overall edge in contiguous viewing (the average YouTube viewer tuned in for nearly 25 minutes, or less than a third of the debate). Still, it's doubtful that there's any going back.

Update: We should add (thanks to reader Hussain) that internet and TV views are typically counted differently, so this isn't quite a perfect one-for-one comparison on top of factors like viewing time and on-demand programming. YouTube counts a view if you've been watching for as little as 30 seconds, while Nielsen is focused on the average viewership strung out across the length of a program. One person can register multiple views, as well. Not that TV ratings are flawless (they don't count public viewing, and sometimes rely on imperfect voluntary data), but there's a distinct chance that TV viewers were more engaged than their YouTube counterparts. The numbers are still very significant, mind you -- it shows that internet viewing is now a major component of election coverage.

In this article: cordcutting, culture, debate, election, election2016, internet, politics, streaming, television, tv, twitter, youtube
All products recommended by Engadget are selected by our editorial team, independent of our parent company. Some of our stories include affiliate links. If you buy something through one of these links, we may earn an affiliate commission.