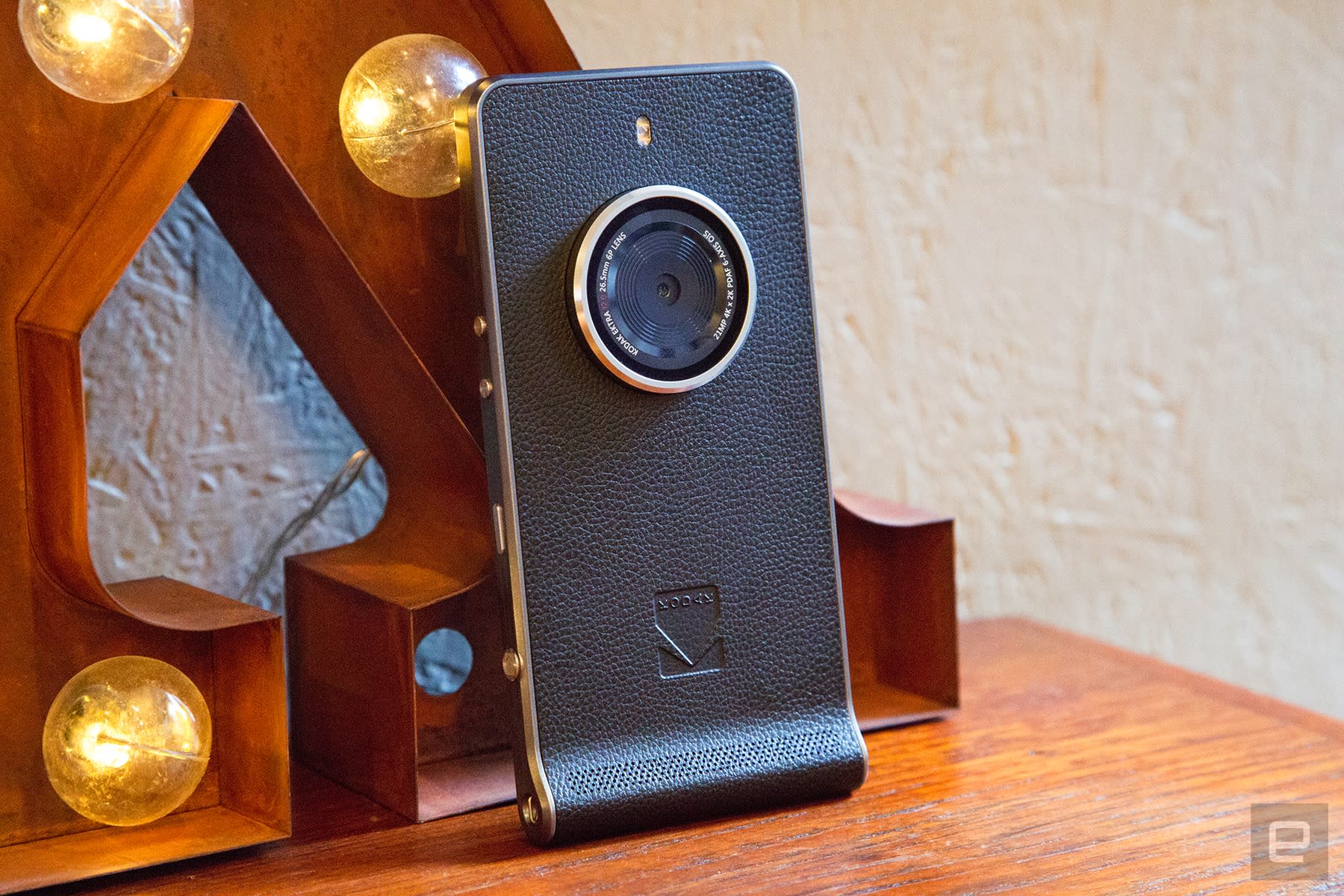 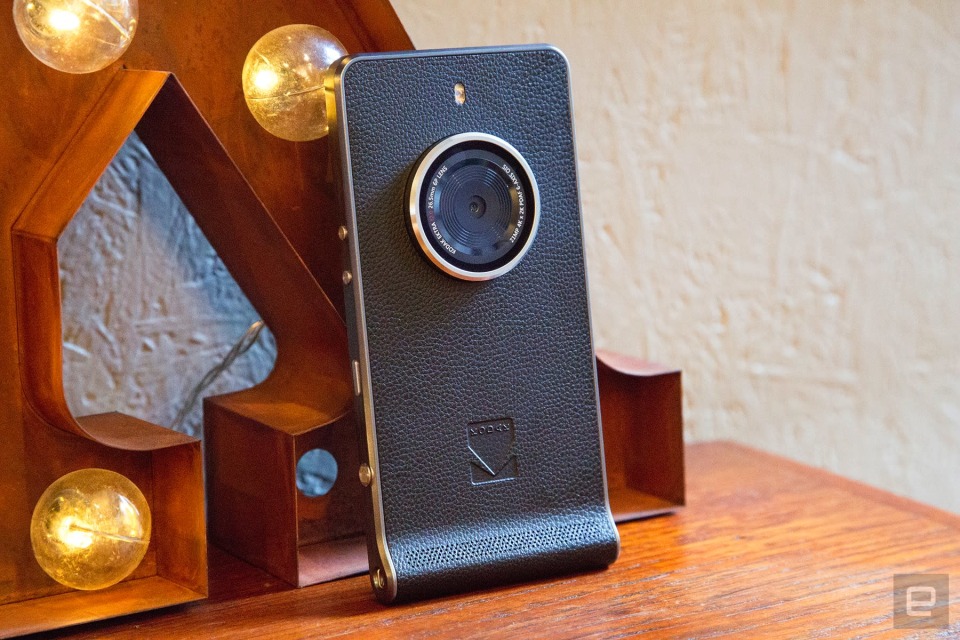 Kodak is a brand with history, but little relevance in the modern photographic world. The company battled through bankruptcy in 2013, refusing to give up as its film business was superseded by digital. Now, it's experimenting with smartphones. Following the IM5, a largely forgettable device aimed at shutterbugs, Kodak is trying again with the Ektra. Named after its 1941 rangefinder (and the '70s 110 film camera range) the handset certainly looks like a camera. The back is wrapped in a dark, artificial "leatherette," with a slightly curved grip on one side and a dedicated shutter button on top. A large, protruding lens pokes out the back, a 21-megapixel Sony sensor (IMX230) buried underneath. Kodak hopes the camera will appeal to enthusiast photographers. The people who own a chunky DSLR, or maybe a high-end compact, and think carefully about the composition of their shots. The problem is that many smartphones already offer capable cameras. Kodak has recruited Bullitt, a phone manufacturer for hire (its clientele includes Cat, JCB and the Ministry of Sound) to make the device more photographer-friendly. The camera app, for instance, has a digital "Scene Selection Dial" that lets you access different shooting modes. Manual, Landscape, Sports, Macro -- these should be familiar to anyone who still loves the Kodak brand. Bullitt has made Snapseed the default photo-editing app, believing it's one of the best options on the Play Store. There will also be a widget, located on one of the secondary home screens, with Kodak-curated app recommendations such as Adobe Lightroom, VSCO and Prisma. You could download these on your own, of course, and many photographers will be familiar with their features. For older customers, however -- people who remember and possibly own a Kodak camera -- it could be a useful discovery feature. In addition, Kodak is pre-loading a new Prints app which, as its name suggests, lets you order physical prints and books.

Underneath the Ektra's leather exterior is a blend of mid-range and high-end components. The phone is powered by a deca-core MediaTek Helio X20 processor and 3GB of RAM. It comes with 32GB of internal storage, which you can supplement with a MicroSD card up to 128GB, and a 3000mAh battery that supports "Pump Express" quick charging. Up top you'll be poking at a 5-inch, 1080p display and a mostly stock version of Android, save for the aforementioned Kodak apps. You'll get 6.0 Marshmallow out of the box -- no word on 7.0 Nougat, although Bullitt has promised to keep up with Google's regular security updates. Kodak's second smartphone will launch in Europe for £449/€499 this December. The company has "no plans" to release the device in the US, although a spokesperson said it will be monitoring market demand and "reacting accordingly." It's a niche proposition, one that appeals to your personal and emotional attachment to the brand, rather than a lust for high-end specs. In all likelihood, it won't be the best smartphone camera -- some shots I took in a gloomy hotel seemed fine, but unremarkable. For people that remember the original Ektra, however, or receiving a yellow envelope in the mail, that dip in performance might not matter.

In this article: cameras, ektra, gadgetry, gadgets, gear, kodak, kodakektra, mobile
All products recommended by Engadget are selected by our editorial team, independent of our parent company. Some of our stories include affiliate links. If you buy something through one of these links, we may earn an affiliate commission.