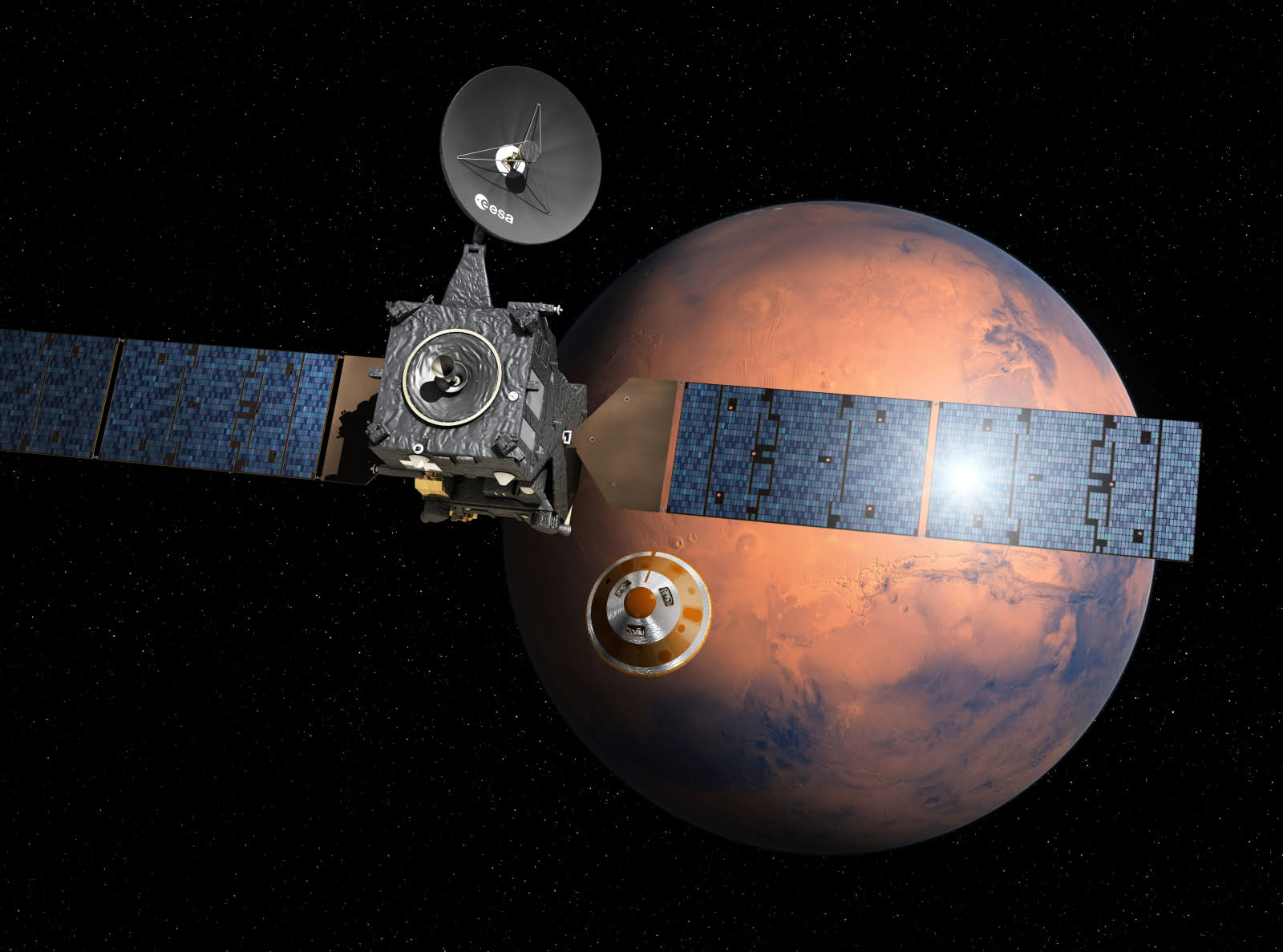 Just as we expected, NASA's Mars Reconnaissance Orbiter (MRO) has detected the potential crash site for the European Space Agency's missing ExoMars Schiaperelli probe. The MRO located a bright spot and dark patch on the Martian surface near the probe's planned landing area, which NASA believes to be the remnants of the probe's parachute and lander module, respectively. While we've only got a fairly low-resolution image so far, we should know more next week when the MRO passes over the area again with a higher resolution camera.

The ESA's ExoMars mission, which aims to search for trace signs of life on the red planet, reached Mars' orbit on Wednesday following a seven-month journey. After separating itself from its partner ship, the Trace Gas Orbiter, Schiaperelli began transmitting data about the planet's electric fields as it made its way through the atmosphere. The ESA initially couldn't confirm if the probe had landed successfully, and later said that it lost contact right before its expected landing.

Jan Woerner, the ESA's director general, still considers the mission an overall success, despite losing contact with the probe. "This means we will obtain information from a close analysis of the data that Schiaparelli was built for, notably on the performance of elements such as the heat shield, parachute, radar, thrusters and so on," he wrote on his blog. "This information can subsequently be used to improve the design of the 2020 Exomars mission, since in that mission the survival of the descent module will be of real scientific relevance."

In this article: culture, ESA, ExoMars, Mars, NASA, Schiaparelli, science, space
All products recommended by Engadget are selected by our editorial team, independent of our parent company. Some of our stories include affiliate links. If you buy something through one of these links, we may earn an affiliate commission.