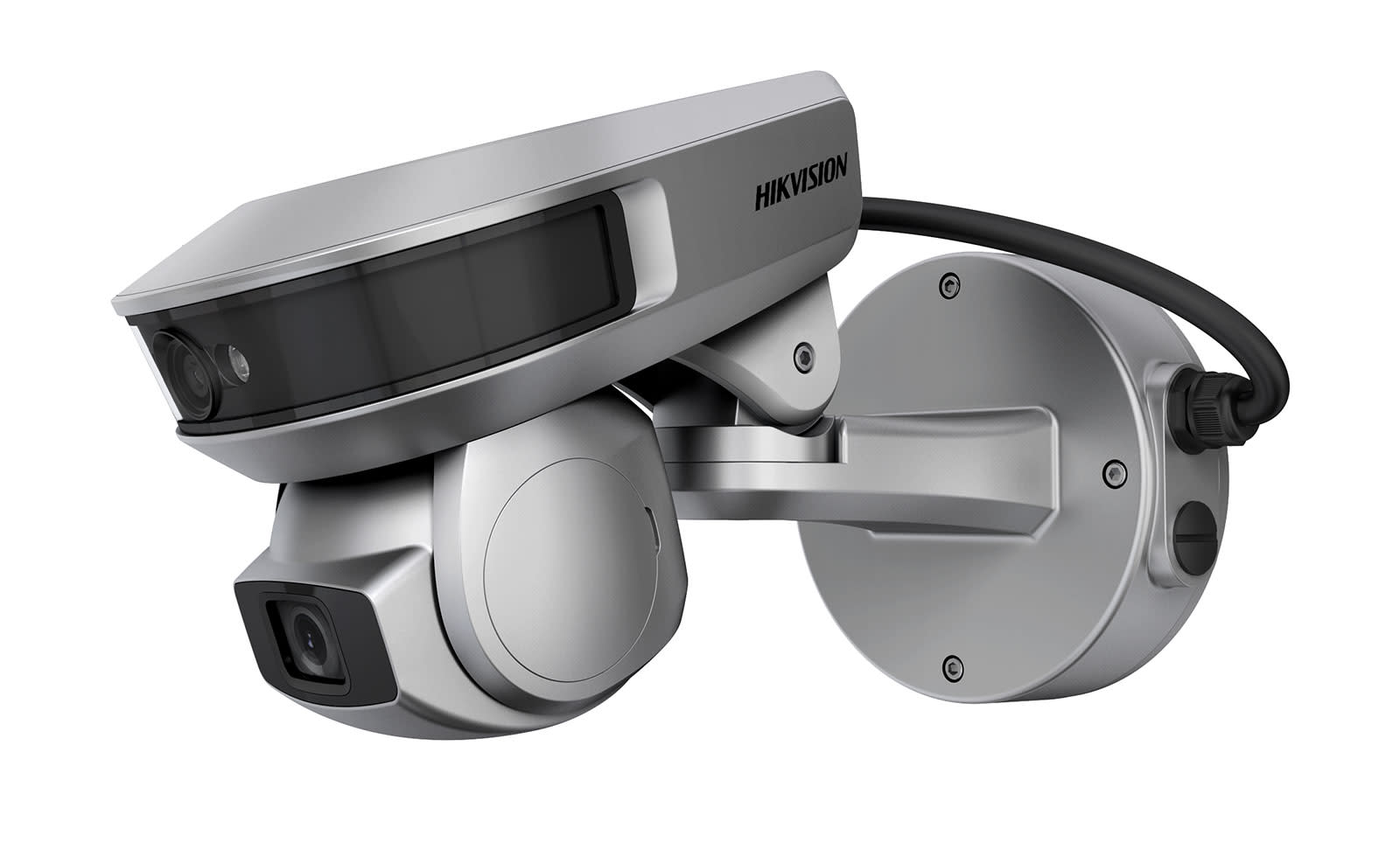 San Mateo-based Movidius may still be in the process of getting bought up by Intel, but the company's latest deal will put its low-power AI and computer vision platform into more than just DJI drones and Google VR headsets. The company announced today that the Movidius Myriad 2 Video Processing Unit (VPU) will soon power a new generation of Hikvision smart surveillance cameras capable of recognizing everything from suspicious packages to distracted drivers.

While most deep-learning neural networks require a lot of cloud-based processing power, the same platform found in Movidius' Fathom AI-on-a-stick will allow Hikvision cameras to do more on-board processing. Hikvision's cameras have already been able to achieve around 99 percent accuracy in scenarios like identifying car models, detecting intruders, spotting suspicious baggage and even calling out drivers who don't buckle up. The Myriad 2 VPU basically puts all these capabilities in the camera itself, allowing it to instantly process everything it sees while reducing false alarms at the same time. A presentation from Movidius claims their embedded neural networks use 10,000 times less bandwidth and decrease latency by 1,000 times.

"The ability to automatically process video in real-time to detect anomalies will have a large impact on the way cities infrastructure are being used," Movidius CEO Remi El-Ouazzane said in a statement. But as Wired pointed out earlier this year, there are plenty of concerns that AI-powered cameras can still be fooled. And, for a more dystopian vision of what this platform can do, imagine what would happen if these cameras get instant access to America's massive facial recognition database.

In this article: business, gear, hikvision, intel, machinelearning, movidius, NeuralNetwork, security, SmartCamera
All products recommended by Engadget are selected by our editorial team, independent of our parent company. Some of our stories include affiliate links. If you buy something through one of these links, we may earn an affiliate commission.