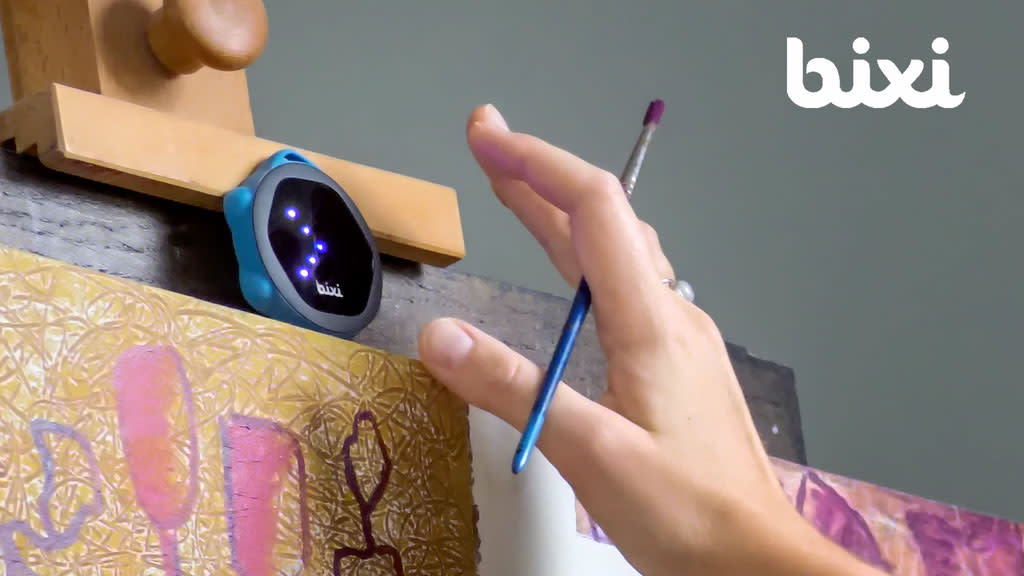 We can think of more than one situation when you wouldn't want to touch your phone because of what's on your hands. Imagine needing to quickly consult a recipe on your tablet when your fingers are covered in sticky, tech-unfriendly dough. That's where a device like Bixi comes in, since it brings wireless gesture controls to your iOS and Android devices. Bixi is a little puck that uses time of flight sensors to monitor the movement of your hand in the 25 centimeters or so of air above it.

It's not just for on-screen tasks, either, since Bixi can also be used to interact with plenty of smart home apps via your smartphone. For instance, raising and lowering your hand can alter the brightness of your Hue bulbs while swiping left and right changes the song on Spotify. The device can interact with a whole host of name-brand tech, including Apple TV, Sonos, Nest and can even control PowerPoint presentations.

The company is also pledging to expand Bixi's capabilities across 2017, including adding turn-by-turn navigation for cyclists. LEDs, arranged in an X shape, will light up to indicate left or right when you're approaching a nearby turn. At the same time, you'll be able to use the gesture controls to control your smartphone or even a GoPro, should you own one. Bixi should sip at its battery to give you up to two months of use at a time, although that claim depends on how frequently you reach for it.

Like all gadgets these days, Bixi is launching on Kickstarter, with early birds able to pick up one of the devices for $69. Latecomers, meanwhile, will have to pay the full retail price of $79, and all should receive their gear by March 2017.

In this article: Bixi, gear, GestureControls, mobile, personal computing, personalcomputing, Sensor, video
All products recommended by Engadget are selected by our editorial team, independent of our parent company. Some of our stories include affiliate links. If you buy something through one of these links, we may earn an affiliate commission.