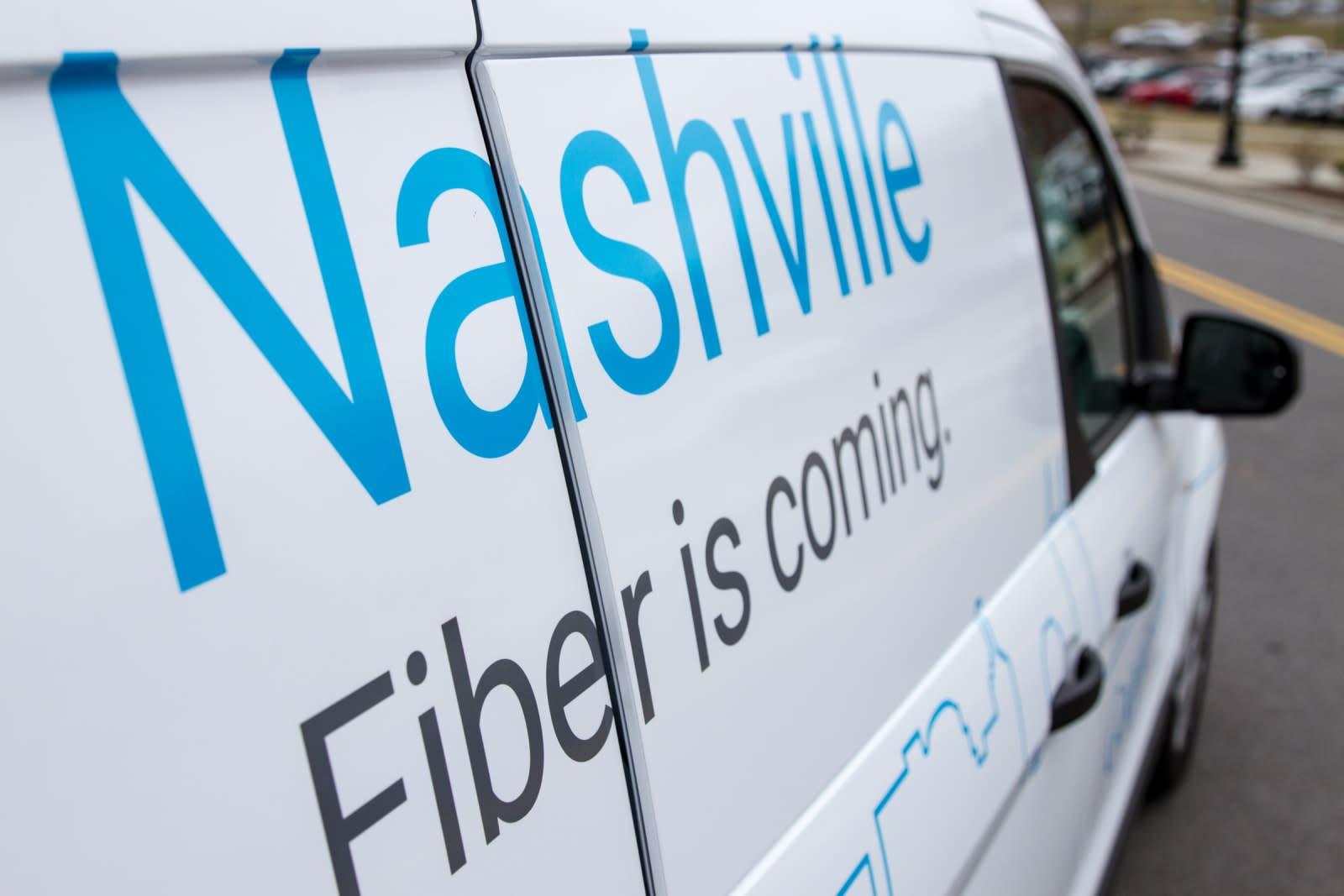 The Google Fiber team isn't having a good week. Comcast has filed a lawsuit against Nashville in a bid to overturn a city law, One Touch Make Ready, that was primarily designed to help speed Google's fiber optic rollout. Much as with an AT&T lawsuit filed in September, Comcast maintains that AT&T-owned poles fall under the jurisdiction of the FCC, not the city -- Nashville can't let internet providers add their own wires without having AT&T move wires first, the cable giant says. The suit also claims that the city's Metro Council isn't allowed to regulate poles owned by Nashville Electric Service, and that the law violates Comcast's contracts with both pole owners.

Comcast insists that this isn't about protecting its market dominance. It's about the cableco's ability to oversee its network, "customer relationships and public safety," according to the company's Andy Macke. Google and other internet providers could theoretically cause damage or otherwise interfere with existing service. In the lawsuit, Comcast adds that One Touch Make Ready is "so intrusive" that Metro Nashville exempted its own poles from the new rule.

To no one's surprise, Nashville isn't taking the legal action lying down. Mayor Megan Barry tells the Tennessean that the law has already been vetted "in the court of public opinion," and that the city "overwhelmingly supports" the measure. As it stands, Comcast's argument doesn't entirely hold water. The company only just started deploying gigabit internet in Nashville, and dismantling One Touch Make Ready would force Google to wait months per cable before it could go ahead. Comcast will clearly benefit from the lawsuit by delaying Google Fiber and snapping up customers that would otherwise have considered an alternative.

In this article: anticompetitive, comcast, culture, fiber, google, googlefiber, internet, internetserviceprovider, lawsuit, monopoly, nashville, onetouchmakeready, politics, regulation
All products recommended by Engadget are selected by our editorial team, independent of our parent company. Some of our stories include affiliate links. If you buy something through one of these links, we may earn an affiliate commission.