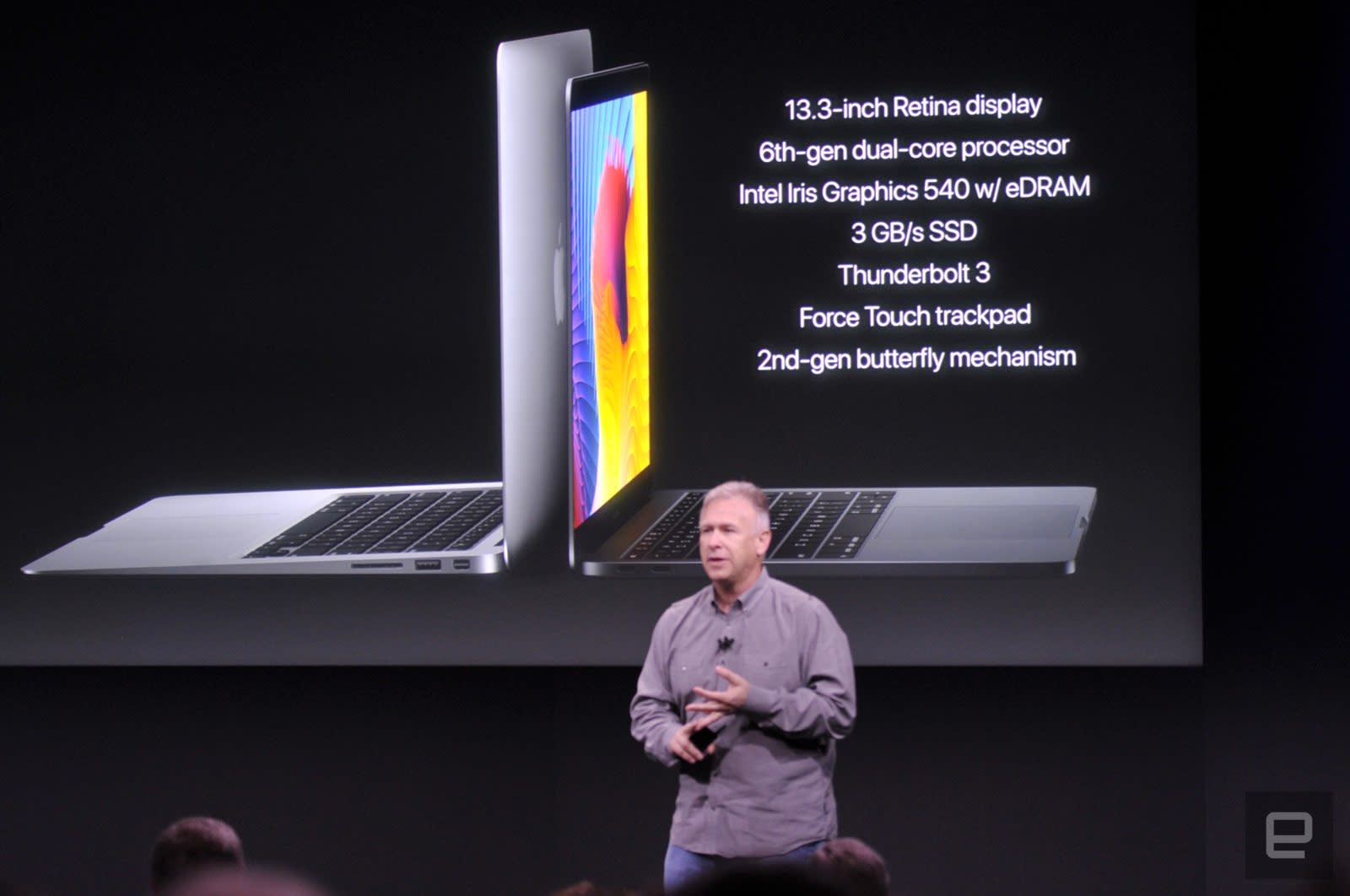 Apple hasn't updated the MacBook Air since 2015 and it's not going to any time soon. Instead, the company today phased out the $900, 11-inch MacBook Air. Only the $1,000, 13-inch MacBook Air remains available on Apple's store, and the company has instead gone all-in on the new line of MacBook Pros. Considering it's been nearly two years since Apple updated the Air, the comparison wasn't exactly surprising. The whole bit was a way for Apple to demonstrate that the Pro can function as an Air -- it's 13 percent smaller than the 2015 model, after all -- and to say that the company hasn't forgotten about its cheapest line of laptops.

However, that's exactly where things get tricky: price. The lowest-end MacBook Pro costs significantly more than the Air, which runs $1,000. The 13-inch MacBook Pro without the Touch Bar starts at $1,500. This means there are no more sub-$1,000 laptops in Apple's lineup.

In this article: apple, applefall2016, design, gadgetry, gadgets, gear, MacBook, MacbookAir, MacbookPro, mobile, personal computing, personalcomputing
All products recommended by Engadget are selected by our editorial team, independent of our parent company. Some of our stories include affiliate links. If you buy something through one of these links, we may earn an affiliate commission.