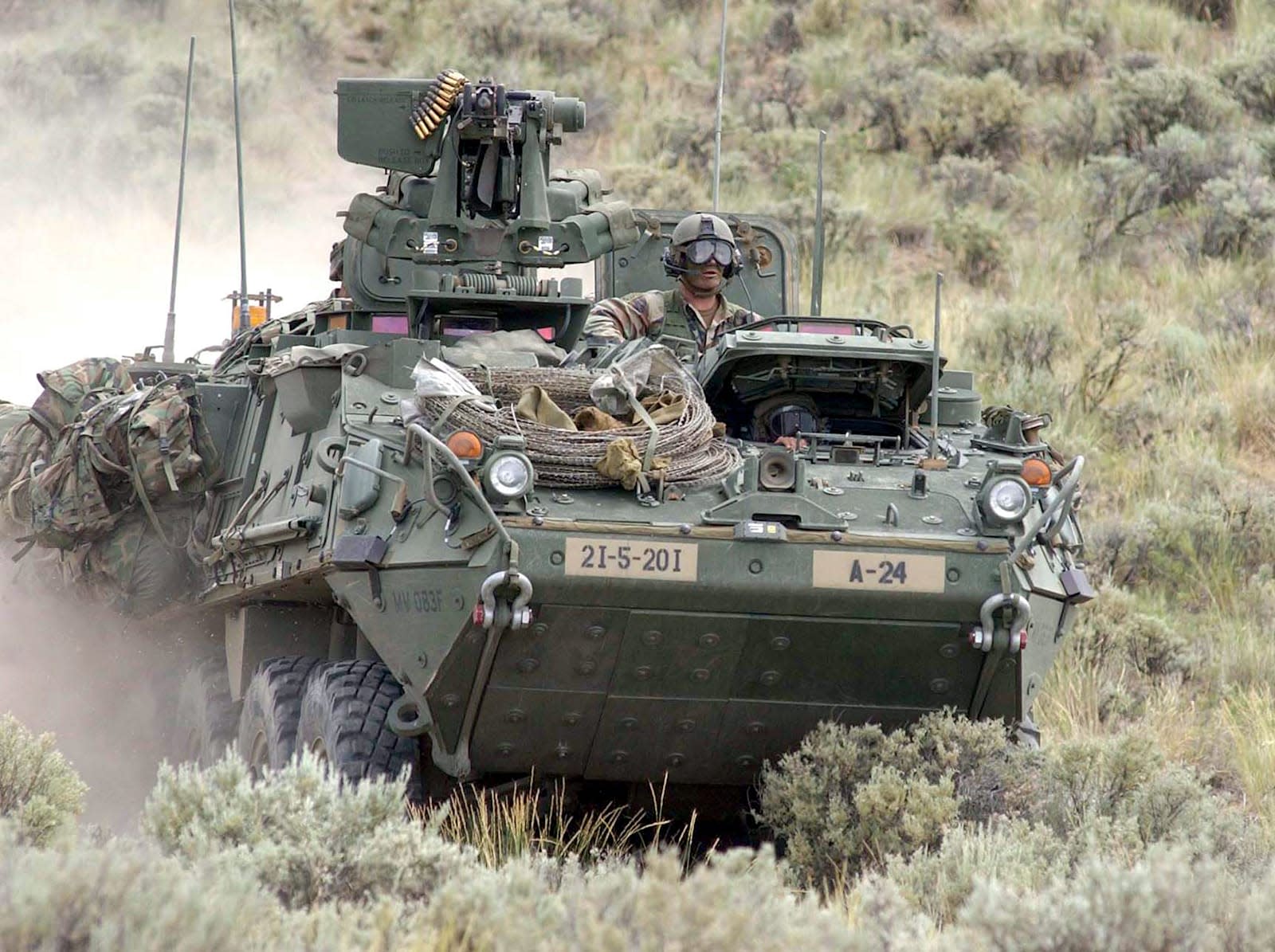 The army, in partnership with General Dynamics, is developing a short-range laser weapon designed to protect soldiers against mortars, missiles and drones. The news was broken by Scout Warrior, which reports that the weapon could be implemented in as little as a year. The idea is that the technology would be installed on the roof of an armored personnel vehicle -- specifically a General Dynamics Stryker (pictured). Once operational, the technology will scan the immediate area and destroy anything suspicious that approaches by air.

General Dynamics is reportedly already working on boosting the laser's power, increasing it from the existing two kilowatts all the way up to five. In addition, the device is designed to operate with its own radar so that it should (theoretically) remain functional should the vehicle's on-board systems go down. GD is also looking at giving the system its own jamming system that could disable hostile UAVs without firing a shot. According to General Dynamics' Tim Reese, the lasers melt or destroy components of whatever it attacks, and in tests, took out 21 out of 23 enemy drones.

The army is also looking for ways in which to deploy laser weapons at forward operating bases in combat zones. The same principle would apply, with the devices burning or melting weapons and drones that are designed to harm personnel stationed within. We've already seen how the army uses automated sense and warn systems to alert soldiers of incoming weapons fire at places like Camp Bastion. It's logical that the next step would be a robotic response that can wipe out threats before they can do any harm.

In this article: gear, GeneralDynamics, Laser, LaserWeapon, security, Stryker, Warfare, Weapon
All products recommended by Engadget are selected by our editorial team, independent of our parent company. Some of our stories include affiliate links. If you buy something through one of these links, we may earn an affiliate commission.