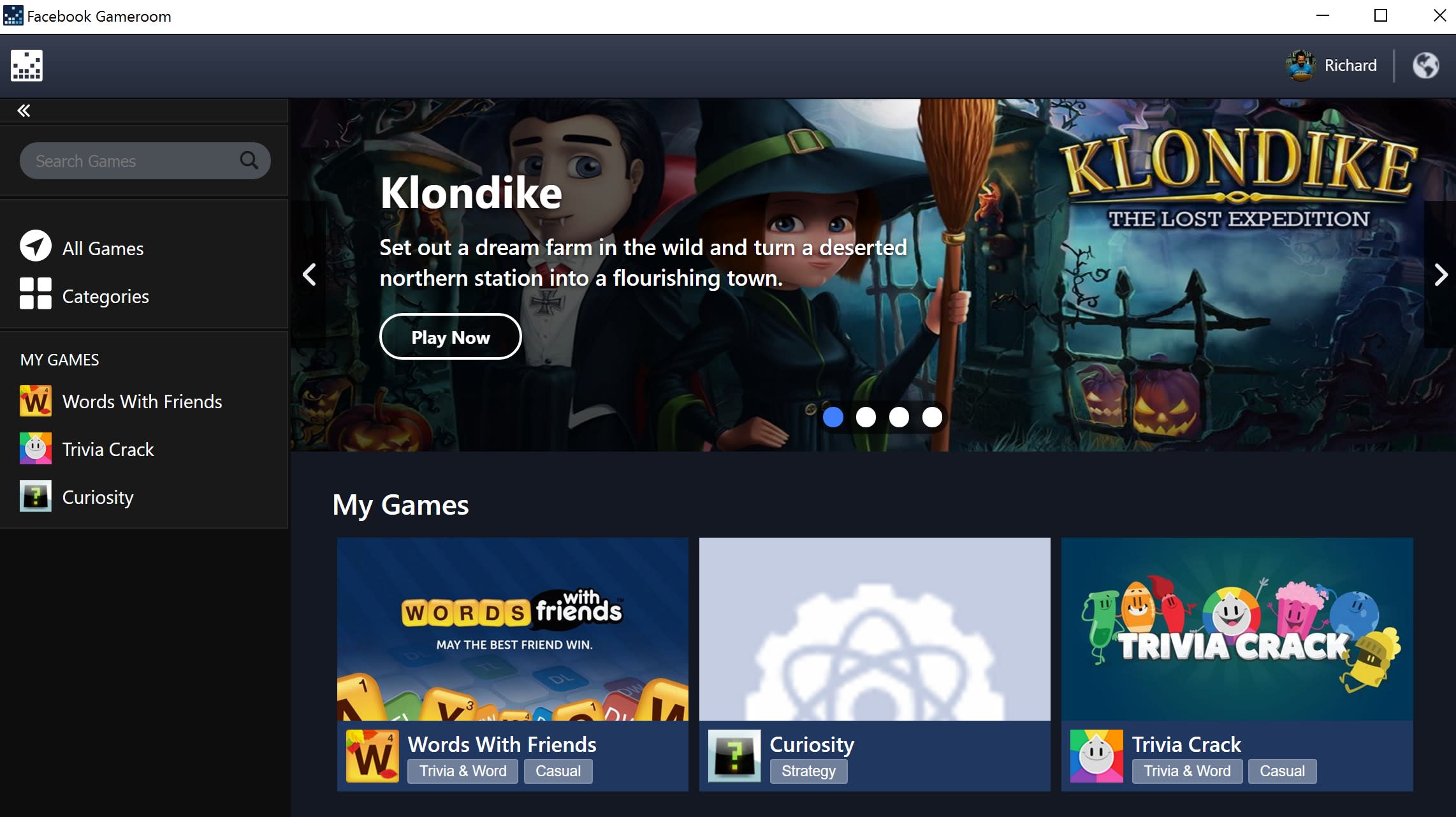 Back in August Facebook announced its PC gaming platform as a partnership with the Unity developer toolset. There are a few more details now, and from the sounds of it, Facebook Gameroom is basically Steam from 2009, but for Facebook games -- both web and those natively built for the ecosystem. The social network is starting small: games can't be any larger than 200MB, although it will "consider" hosting games up to 500MB on a case-by-case basis, according to the service. That automatically rules out something like, say, Diablo 3: Ultimate Evil Edition's 58GB, but smaller fare like Desert Golf's 1MB size would have plenty of room to spare.

Gameroom has been in beta for a bit -- Game of Dice came out last week -- but this seems like the platform's big roll out, with a free client download for Windows 7 and above. In our tests, Words With Friends, Trivia Crack, Peter Molyneux's Curiosity showed up as available games. And, well, none of them worked when we tried opening them. Those that did, like Scrabble, launched what looks like a web page within the program itself. There's even a browser compatibility check. First-person shooter Critical Ops, on the other hand, downloaded 100MB worth of files before it would start.

Currently, Gameroom feels like something that's been gathering dust for awhile. It's kludgy and there really isn't anything worth playing on it. But, given that Facebook is adamant about making sure everyone will be jacked into VR, the company needs its own way to sell games to people like your elderly uncle or grandma. Gameroom might seem foreign to you and me, but for a vast swath of the folks playing games on Facebook, it's the other way around with GOG, Origin and Steam. And those people are who this service is for.

In this article: facebook, facebookgaming, gameroom, gaming, gog, internet, origin, steam, unity
All products recommended by Engadget are selected by our editorial team, independent of our parent company. Some of our stories include affiliate links. If you buy something through one of these links, we may earn an affiliate commission.