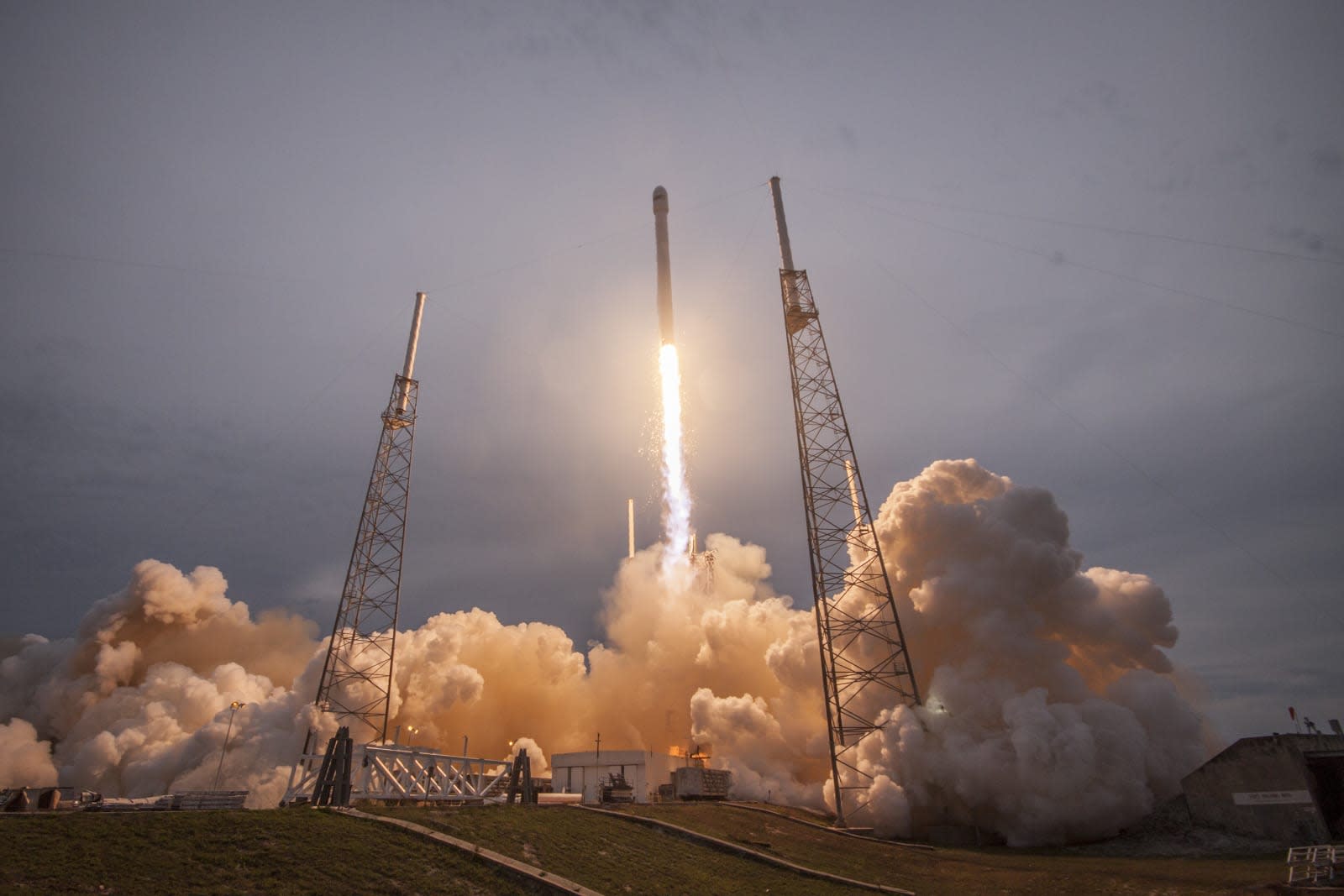 Investigators looking into September's Falcon 9 explosion believe they have finally found their culprit, CEO Elon Musk said during an appearance on CNBC today. According to Musk, the explosion that destroyed the rocket and its payload was caused by a "really surprising problem that's never been encountered before in the history of rocketry."

Last week, the company said it suspected the problem had something to do with one of three carbon fiber helium tanks that sit inside the main fuel tank. As the New York Times reports, the liquid oxygen fuel froze solid as it was flowing into the rocket's second stage, which set off the chain of explosions. Although Musk didn't share any details about how the frozen oxygen may have affected the helium tanks, he did offer a vague explanation and confirmed that his engineers had been able to replicate a ruptured helium tank. "It basically involves a combination of liquid helium, advanced carbon fiber composites and solid oxygen," Musk said. "Oxygen so cold that it actually enters solid phase."

The New York Times also points out that oxygen freezes at –362 degrees Fahrenheit and the latest Falcon 9 rockets use supercooled liquid oxygen that is usually around –340 degrees. The helium inside the carbon fiber tanks is even colder at –452 degrees and may have caused the liquid fuel to freeze.

While NASA has already handed off the ISS supply run to SpaceX competitor Orbital ATK, Musk and company believe they will be ready to put another Falcon 9 on the launchpad by the middle of December.

In this article: elonmusk, falcon9, science, space, spacex
All products recommended by Engadget are selected by our editorial team, independent of our parent company. Some of our stories include affiliate links. If you buy something through one of these links, we may earn an affiliate commission.