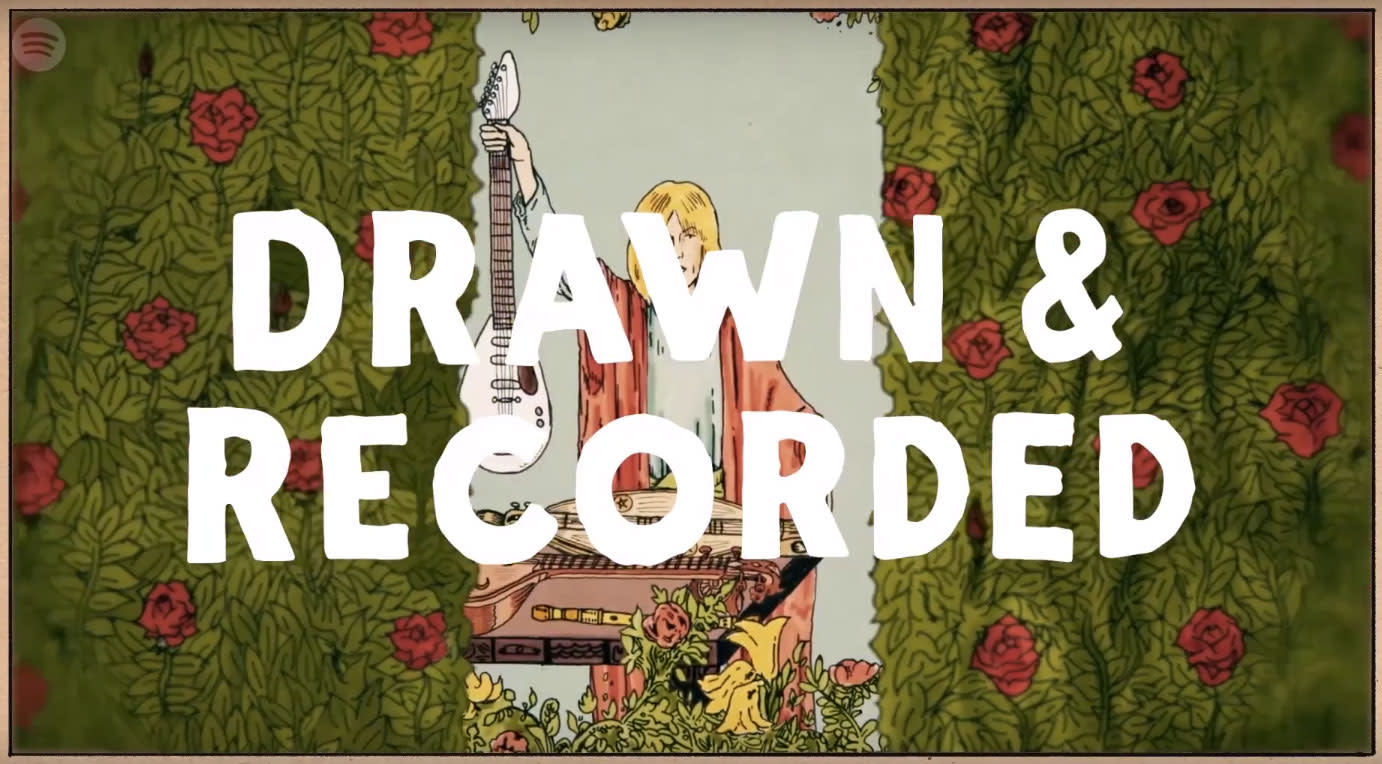 Spotify has big plans for original content as part of its video push, including a Metallica documentary and an animated series that explains genres. The streaming service debuted its latest project today. "Drawn & Recorded" is another animated series that takes a look at important moments in music history. Those illustrated visuals are accompanied by narration from Grammy-Award winning producer, artist and songwriter T Bone Burnett.

The series is a collection of 10 episodes that give a brief (around 3 minutes) backstory on an important event in music history. We're talking about things like the inspiration for Nirvana's "Smells Like Teen Spirit," what Ol' Dirty Bastard meant to one girl in Brooklyn and Johnny Cash's influence on Merle Haggard. There are also episodes on Blind Willie Johnson, The Allman Brothers and how rapper T.I. may have helped save Creed frontman Scott Stapp's life.

"Drawn & Recorded" is available now inside Spotify's mobile apps and on the desktop. All 10 installments can be viewed in about half an hour, so you can see the whole series in a short amount of time. The video below has a preview of what you can expect and we've included the Kurt Cobain episode as well.

In this article: animated, av, drawnandrecorded, entertainment, music, spotify, streaming, tboneburnett
All products recommended by Engadget are selected by our editorial team, independent of our parent company. Some of our stories include affiliate links. If you buy something through one of these links, we may earn an affiliate commission.