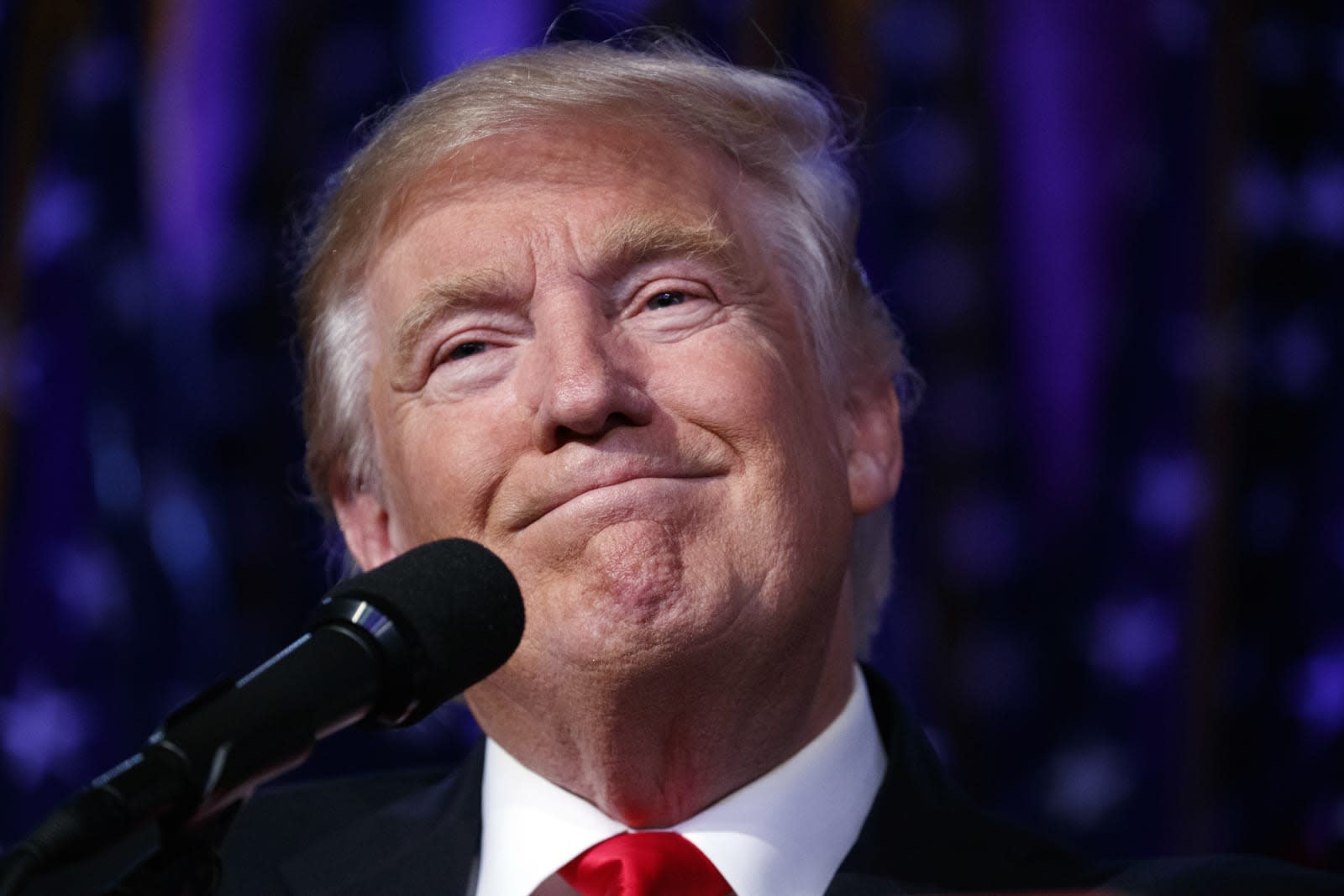 Yesterday, the US woke up to discover it had elected Donald Trump as leader of the free world. As we've pointed out, the decision threatens net neutrality and probably the planet, though we perversely got a Wu-Tang album from it. In addition to 48% of the country's voting electorate, those celebrating also included a loose army of trolls who rampaged across the internet harassing journalists and Clinton supporters for over a year. But far from being content with their US victory, many pro-Trump marauders have been emboldened and seem to be re-mobilizing to support far-right candidates in European elections. In short: The online abuse will almost certainly continue.

This spells ill for Twitter in particular. The social network has historically been spotty in evaluating harassment claims and blocking offenders. But in the yearlong run-up to the election, the alt-right trolls came out, directing their abuse toward Trump critics and journalists alike. After conservative writer David French criticized Ann Coulter for pandering to white supremacists, alt-right trolls hounded him, sending photoshopped images of his daughter in a gas chamber and in cotton fields. The New York Times editor Jonathan Weisman temporarily quit the social network back in June, blaming Twitter for its extreme failure to abide by its policies and impede or prevent the daily abuse slung at him.

On top of general harassment, anti-Semitic tweets spiked from January to July of this year as the election heated up, the Anti-Defamation League stated in a report released three weeks ago. Of the 2.6 million anti-Semitic tweets they tracked over the last year, the ADL identified 19,253 directed toward journalists. Two-thirds of those were sent by 1,600 power users, which the self-identified as either Trump supporters, conservatives or alt-right. According to the report, Twitter has only deactivated 21 percent of those accounts. Incredibly, 83 percent of those near-20,000 abusive tweets were directed at only 10 journalists -- including Weisman.

Some alt-right trolling on Twitter has been individual effort, but others are coordinated campaigns. After the anti-media Nazi slogan "Lügenpresse" surfaced at a Trump rally two weeks ago, alt-right trolls coordinated on 8chan's /pol/ imageboard to assemble journalist names for an intimidation campaign called #TheList, tweeting offenders their own headshots that had been ominously X'd out. It didn't exactly terrify the populace, but any organized harassment crusade with Nazi undertones suggests just what kind of internet justice they're trying to achieve -- like, say, an anti-Semitic death threat against a Politico reporter.

And then, of course, there's the deliberate spreading of misinformation to trick Hillary supporters into throwing away their votes. The perpetrator, a prominent Trump-supporting user, played it off as a prank, though Twitter soon banned the account after the deception got more coverage.

Internet media aren't the only ones aware of alt-right trolls' willingness to harass their enemies. Trump campaign lawyers demanded from a judge the names of poll workers who'd kept a location legally open later than stated hours. But when the judge noticed someone was livestreaming the request, she refused, according to Wired: "Do you watch Twitter?" Judge Sturman pointedly asked the lawyer. "There are trolls who could get this information and harass people."

Since the world woke to a Trump-won America yesterday there's been another spike in abuse -- in the real world, across America. If certain Trump supporters have been emboldened enough to return to post-9/11 bigoted attacks on ethnic, religious and sexual minorities, what more will they do under the shroud of internet anonymity? Hopefully, Twitter figures out how to fix its policies and responses before the alt-right trolls batter, misdirect and make death threats to folks involved in another upcoming election.

In this article: culture, election, election2016, harassment, internet, politics, TL17TWTRL, TL17TWTRMP, trolls, trump
All products recommended by Engadget are selected by our editorial team, independent of our parent company. Some of our stories include affiliate links. If you buy something through one of these links, we may earn an affiliate commission.
Share
Tweet
Share