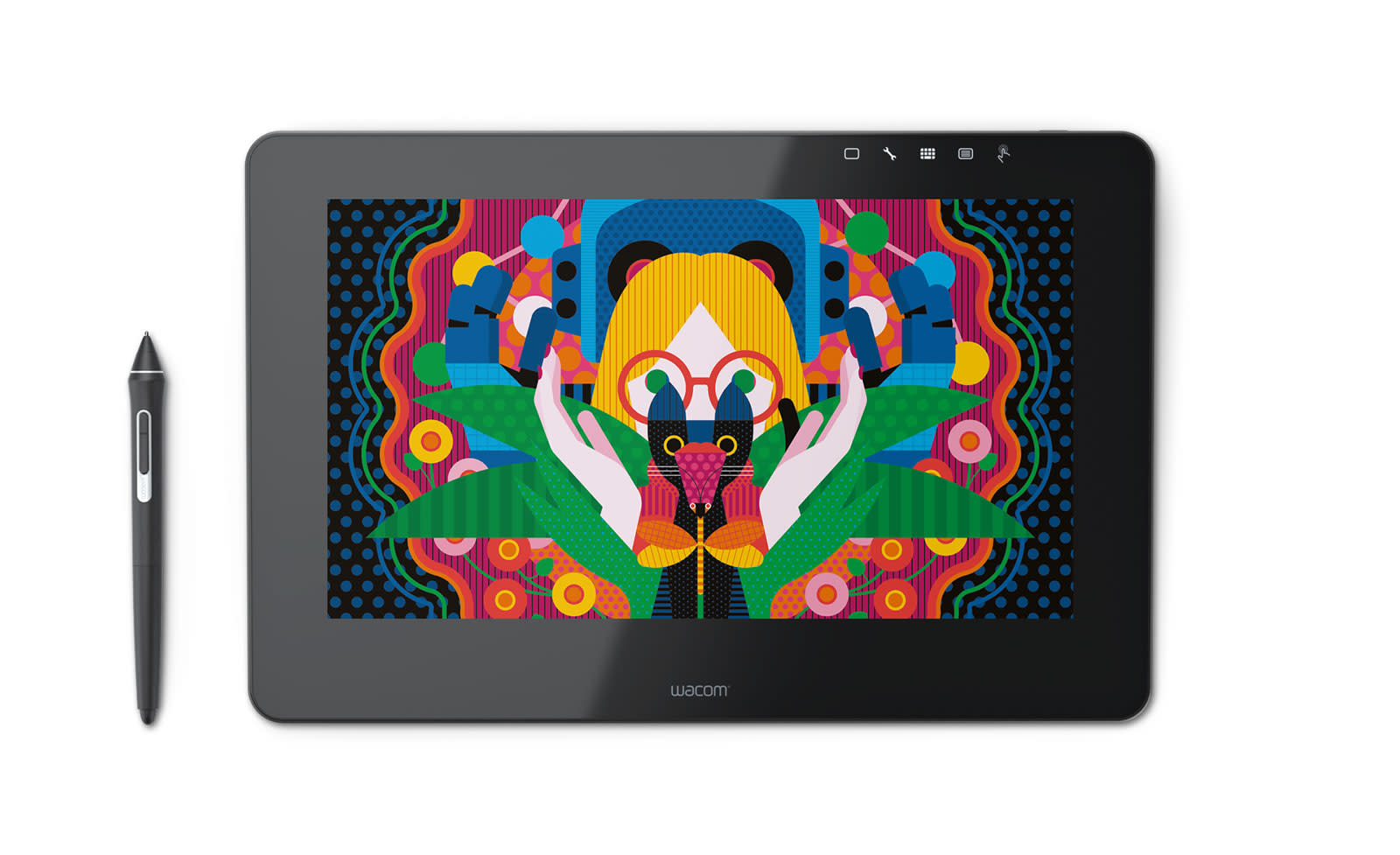 Wacom's pen displays have long been an option for creatives looking to use a stylus to work directly on a screen while connected to a laptop or desktop machine. They were a staple in many creative studios long before the company began making standalone tablets. Today Wacom announced the latest versions of its Cintiq devices: the Cintiq Pro 13 and Cintiq Pro 16. What's the difference? Size mostly, but there are some differences when it comes to display quality. While the 13-inch model packs a full HD panel (1920 x 1080), the larger 16-inch option has an ultra HD screen (3840 x 2160).

The upgraded display for the 16-inch Cintiq Pro also means the tablet covers more of Adobe's RGB gamut. The larger model handles 94 percent while the 13-inch version wrangles 87 percent. Noticeably absent from these new Cintiqs are the handy ExpressKeys and TouchRing that offered easy access to the tools you use most right on the side of the display. Instead, Wacom opted to nix those controls, but you can regain the functionality with a separate ExpressKey Remote -- if you're willing to spend an extra $100. Both units also have ErgoFlex pop-out legs and an optional desk stand is on the way in February.

There is a major improvement over the Cintiq 13HD, the predecessor to these new pen displays. Multi-touch gestures are a standard feature on these new Cintiq Pros from the jump. With the 13HD, the company released a non-touch version before debuting a touch-friendly model almost two years later. The Cintiq Pro 13 and 16 also include Wacom's new Pro Pen 2, an upgraded stylus that's four times more accurate and pressure sensitive than the previous Pro Pen. And yes, these pen displays are compatible with both Mac and PC.

In this article: cintiqpro13, cintiqpro16, design, gear, personal computing, personalcomputing, propen2, stylus, tablet, wacom
All products recommended by Engadget are selected by our editorial team, independent of our parent company. Some of our stories include affiliate links. If you buy something through one of these links, we may earn an affiliate commission.