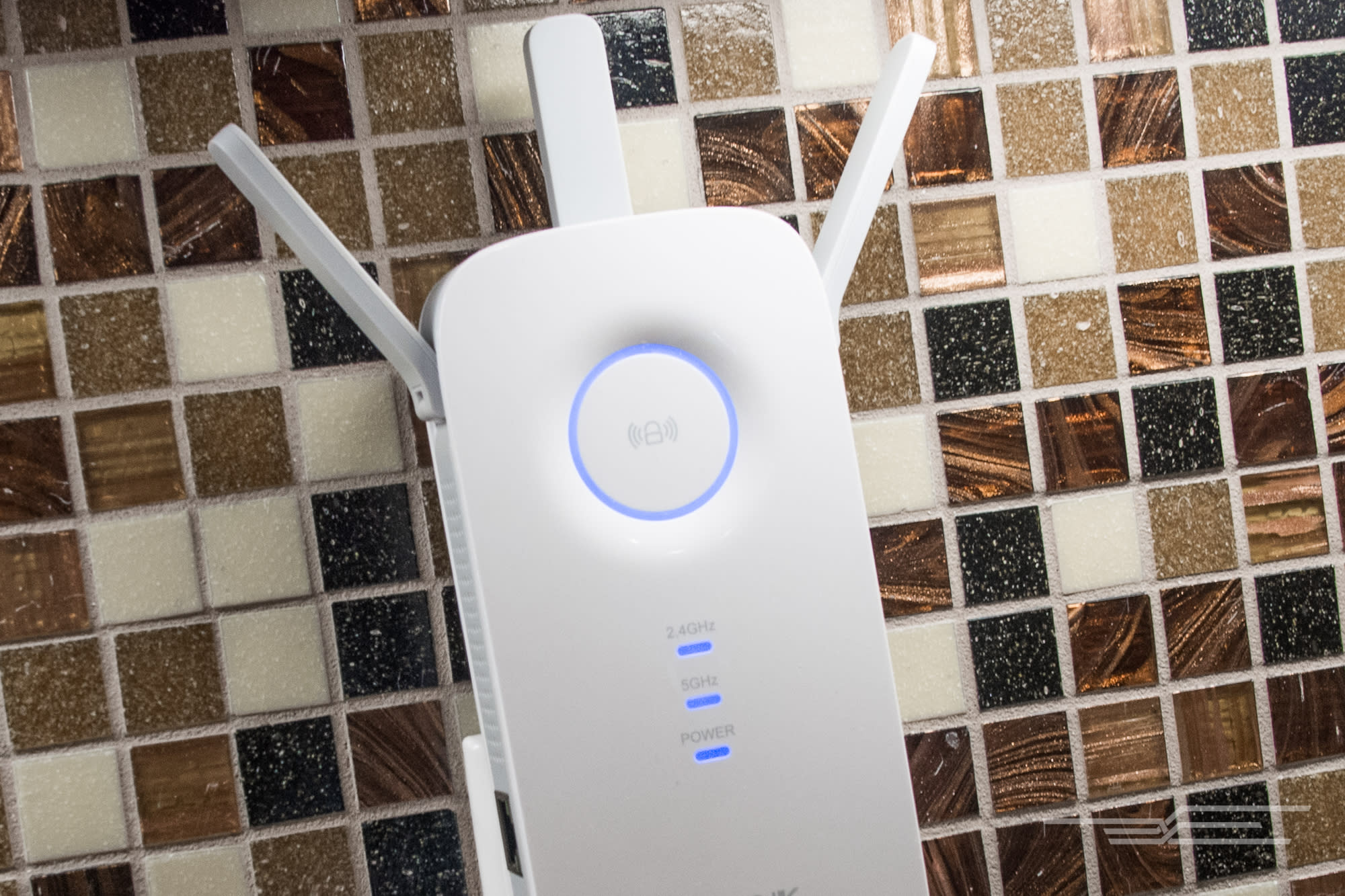 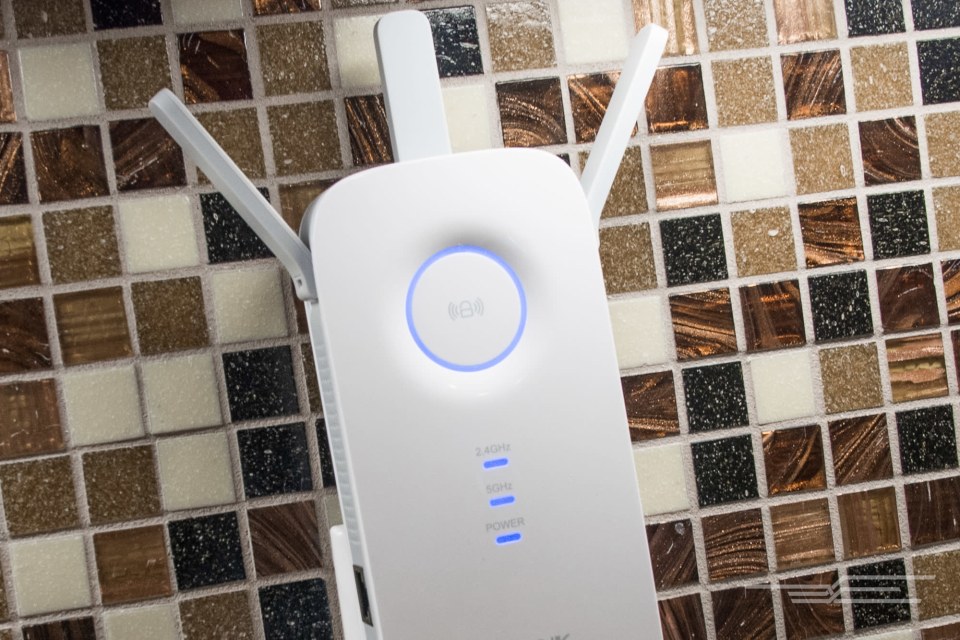 After spending 140 total hours researching Wi-Fi extenders and testing more than 20, we recommend the TP-Link AC1750 Wi-Fi Range Extender RE450 for most people who need to boost their Wi-Fi signal to part of a house or apartment. Though the RE450 costs around $100 at this writing, it's worth that price, as it offers the best combination of range, speed, portability, and physical connections of any extender we tested.

Why you should (or shouldn't) buy this

Before you invest in a Wi-Fi extender, first you should make sure your router is near the center of your living space and out in the open if possible, not hidden in a closet or behind a desk. If you've used the same wireless router for years, consider upgrading to a better one, such as our pick for the best Wi-Fi router. If you still can't get a signal where you need it, running an Ethernet cable directly from your router to a Wi-Fi access point or a router set up as one will get you much better performance than a Wi-Fi extender. But if you can't run Ethernet and parts of your home or apartment still don't get a good Wi-Fi signal, a wireless extender can help. We tested the final 13 contenders after looking at 39 extenders. Photo: David Murphy

A good extender, like a modern router, should support both the older, more crowded 2.4 GHz band and the newer, faster 5 GHz band. You also need a dual-band extender to avoid the performance hit of connecting to your devices on the same band as the one for connecting to your router. An extender should also support at least two spatial streams (also called data streams) on each band. We looked at any N600 or AC1200-plus extenders from major manufacturers that met these criteria, had good reviews (if any), and weren't too expensive.

To test the 13 final contenders, we set up one of the fastest routers we've tested, Netgear's R8500, in one corner of a 2,577-square-foot, single-story house, with the extender in the next room, to minimize the effects of the router's performance on the extender's benchmarks and to test the range of the extenders' signals.

We connected each extender to the router's 5 GHz Wi-Fi signal. For the tests, we connected an Asus ZenBook UX305LA (which uses two-stream 802.11ac Wi-Fi) to each extender from two locations—one obstructed and one unobstructed—both 43 feet away from the extender.

We tested the extenders using iPerf3, a network monitoring and measuring tool, to evaluate data transfers between a desktop PC (connected to the router via Gigabit Ethernet) and our test laptop. Each iPerf3 test attempted to transfer as much data as possible from the test laptop to the desktop PC (via a single TCP connection). We let 15 seconds elapse before recording the average transfer speed across 60 one-second intervals, and ran each test for each extender, on each band, at each test location. To learn more about our testing plan, read our full guide. The TP-Link RE450 will eat up most of your wall socket when you plug it in—the price you pay for great Wi-Fi range. Photo: David Murphy

The TP-Link AC1750 Wi-Fi Range Extender RE450 is the best wireless extender for most people because it offers incredible performance at long range and supports the fastest wireless speeds of any device you're likely to own, even if you have a MacBook Pro. It was the only extender that hit triple-digit speeds on our easier long-range 5 GHz test, and its long-range 2.4 GHz performance was better than that of everything else we tested. This model is simple to set up, and it has a few useful features within its easy-to-navigate user interface.

The biggest issue with the RE450 is its size. It's huge. If you plug it into a wall outlet, bigger devices (like a power strip) likely won't have room.

Even so, in each of our tests, the RE450 had not just the best performance of any of the extenders in the group, but also the best price-to-performance ratio (aside from our slower, cheaper budget pick). You spend about as much for the RE450 as you would for our best Wi-Fi router pick, but you get proportionate speed and range—the most of any extender we've recently tested.

For home offices and entertainment centers Linksys's RE6500 isn't as convenient as a wall-plug extender, but it has more Gigabit Ethernet ports and doesn't take up much space on a coffee table or shelf. Photo: David Murphy

If our pick is sold out or unavailable, or if you have a lot of wired devices that need access to your home network, the Linksys AC1200 Max Wi-Fi Range Extender RE6500 is an excellent alternative. In our tests it gave us around three-fourths the speed of our primary pick; of all the wireless-ac extenders we recently tested, however, it had the second-fastest average speeds and the second-best price-to-performance ratio. In addition, it won't block an extra wall outlet, it has three more Gigabit Ethernet ports than our pick, and its user interface is more helpful for people with less networking experience. Read more in our full guide. The Asus RP-N53 is a tiny, wireless-n extender with a signal-strength LED indicator plus another LED on the back that works as a night-light. Photo: David Murphy

If you just need Wi-Fi in a far-flung area, don't care about 802.11ac, and don't want to spend a lot of money, get the Asus RP-N53 Dual-Band Wireless-N600 Range Extender. This wall-plug 802.11n extender is notably small, but it offers better performance and features than other extenders in its price range, including an easy-to-use Web configuration screen, music-streaming capabilities, and the ability to function as a night-light. To learn more, see our full guide.

In this article: asus, AsusRP-N53, gadgetry, gadgets, gear, Linksys AC1200, NetgearR8500, partner, syndicated, thewirecutter, TP-LinkAC1750, wifi, wifiextender, wirecutter
All products recommended by Engadget are selected by our editorial team, independent of our parent company. Some of our stories include affiliate links. If you buy something through one of these links, we may earn an affiliate commission.
Share
Tweet
Share