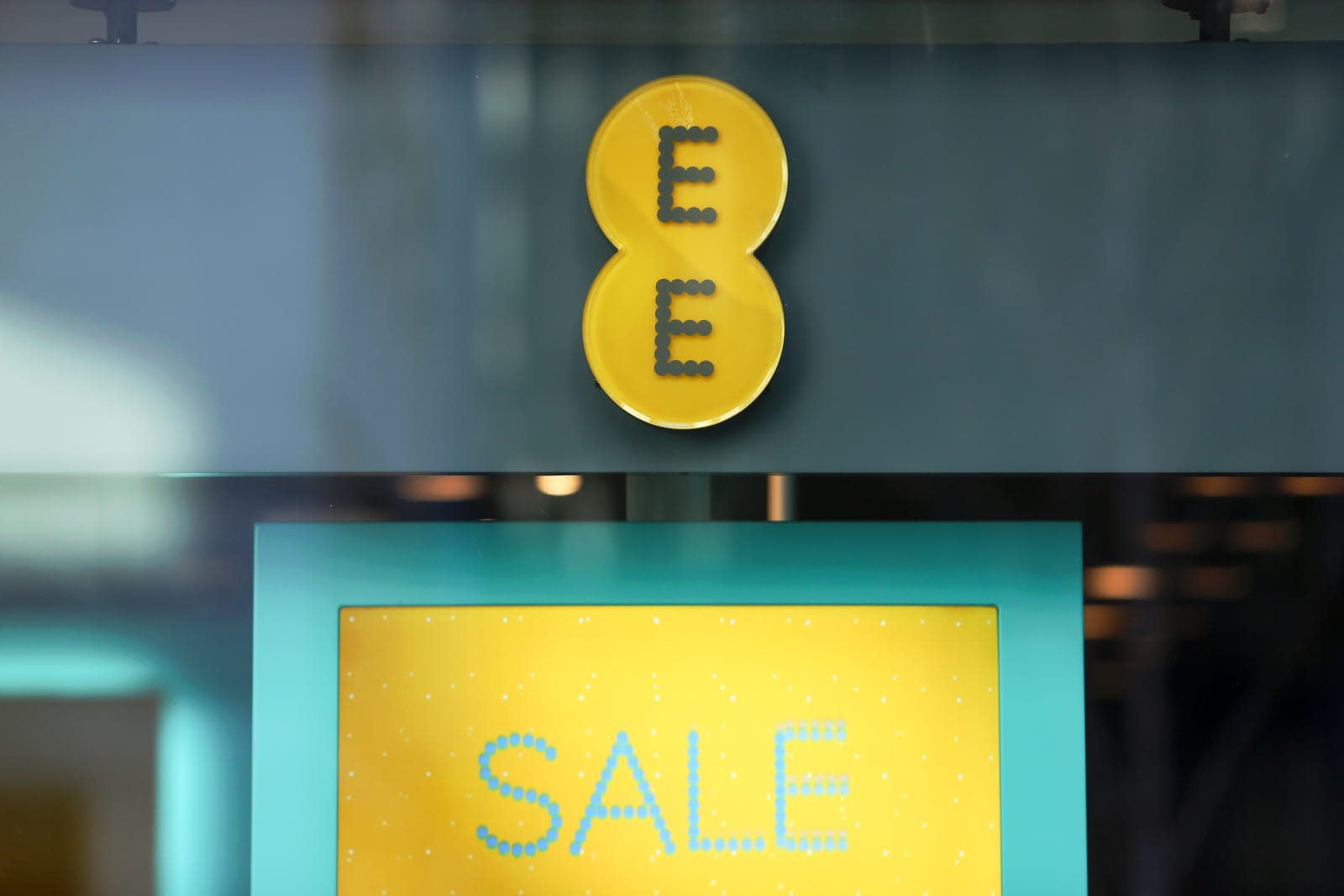 In a bid to bring balance to the UK's mobile industry, communications watchdog Ofcom has confirmed it will limit BT and EE's role in upcoming 4G auctions. Next year, Ofcom will sell off 190 MHz of spectrum in the 2.3 GHz and 3.4 GHz bands, upping Britain's overall 4G footprint by almost a third, but BT and its newly-purchased subsidiary will be excluded from bidding on the entire 2.3 GHz band. Ofcom is worried their involvement "could harm competition in the next few years" if they were allowed to own nearly half of the usable spectrum in the market.

As it stands, BT and EE own 45 percent of the "immediately useable" UK spectrum, which is mobile connectivity that can be deployed right away. Vodafone has 28 percent, while O2 and Three own 15 percent and 12 percent respectively. Regardless of what happens in the auction next year, BT and EE's share of useable spectrum will fall from 45 percent to 42 percent as a result of Ofcom's block.

The good news for BT and EE is that there won't be any limits placed on the 3.4 GHz band. That's because this part of the spectrum can't immediately be deployed and is earmarked for the development of 5G services. The idea is to let operators acquire spectrum early so they can begin advancing and testing the next standard in mobile networking.

In a statement, EE said that the block is unwarranted: "While we don't agree that competition measures should be introduced for this auction, we will now examine Ofcom's detailed proposal carefully and respond to the consultation. We are unique in our ambition to expand 4G coverage to 95% of the UK's landmass by 2020, further than any other UK network has done, and will continue to use our spectrum and network to ensure UK consumers benefit from being at mobile technology's leading edge."

Although Ofcom first announced plans for the auction in November 2014, the process has been beset by delays. The original plan was to sell off the bands in late 2015, early 2016 but when Three owner Hutchison Whampoa tried (but ultimately failed) to buy O2, the auction was delayed again.

Three, which has pushed for spectrum caps for all providers in the past, had this to say:

"Ofcom exists to promote competition and protect consumers but it has once again shown it is not willing to make the big decisions needed to deliver the best outcome for the UK. It has allowed BT and Vodafone to stockpile valuable mobile airwaves and put genuine choice for consumers at risk. It made empty promises to the European Commission that it would tackle this issue but it doesn't have the courage to do so.

"The mobile industry is failing customers and Ofcom has showed it has no interest in addressing that. A 30% cap on total spectrum ownership and a spectrum reservation for smaller operators are the only measures that will preserve competition for the benefit of UK mobile consumers."

When the 2.3 GHz allocation is made available, more carriers will be able to offer speeds of up to 450 Mbps. Newer iPhones and Samsung devices already cater for Cat 9 bands, but device makers are already beginning to include support for faster 4G in new devices as standard.

In this article: 4g, auction, bt, cat9, ee, gear, lte, mobile, ofcom
All products recommended by Engadget are selected by our editorial team, independent of our parent company. Some of our stories include affiliate links. If you buy something through one of these links, we may earn an affiliate commission.