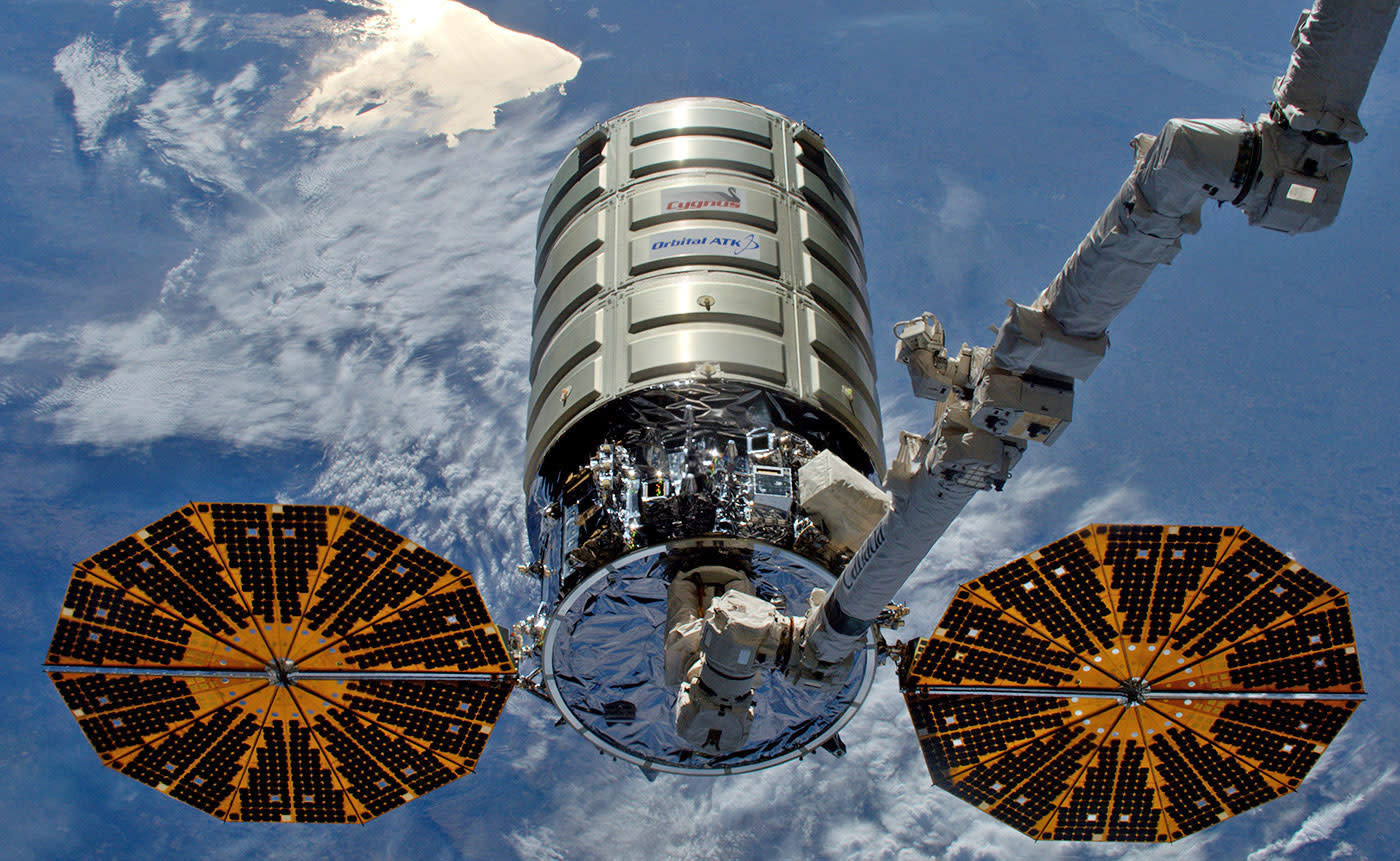 Orbital ATK's Cygnus spacecraft has begun making its way back from the ISS with fiery cargo on board. NASA has conducted its second space fire experiment aboard the Cygnus, burning nine different materials to give scientists the data they need to compare their flammability in microgravity to their flammability here on Earth. Those materials include a cotton-fiberglass blend and Nomex, a flame-resistant material used to make storage bags for spacecraft. The Saffire-2 (that's the experiment's name) team also burned a plexiglass sheet used for spacecraft windows and four silicon materials at different thicknesses.

Saffire's ground team still don't have the data needed to be able to release the experiment's results, but they were able to download photos of all nine experiments. They released videos of two materials being burned, which you can watch below. Take note that Sample 7 is a piece of Nomex, while Sample 9 is a piece of plexiglass used to make spacecraft windows.

NASA still has one more round of space fire experiment left after this. The Saffire team plan to burn another big chunk of material like they did the first time instead of several smaller ones like what they did for this round. If you'll recall, the team burned a 16x37-inch block of cotton-fiberglass material for Saffire-1, which is now known as the biggest fire experiment in space. The scientists aim to use the data they collect from all three experiments to help keep astronauts safe when they embark on long-duration missions.

In this article: cygnus, nasa, saffire2, science, space
All products recommended by Engadget are selected by our editorial team, independent of our parent company. Some of our stories include affiliate links. If you buy something through one of these links, we may earn an affiliate commission.