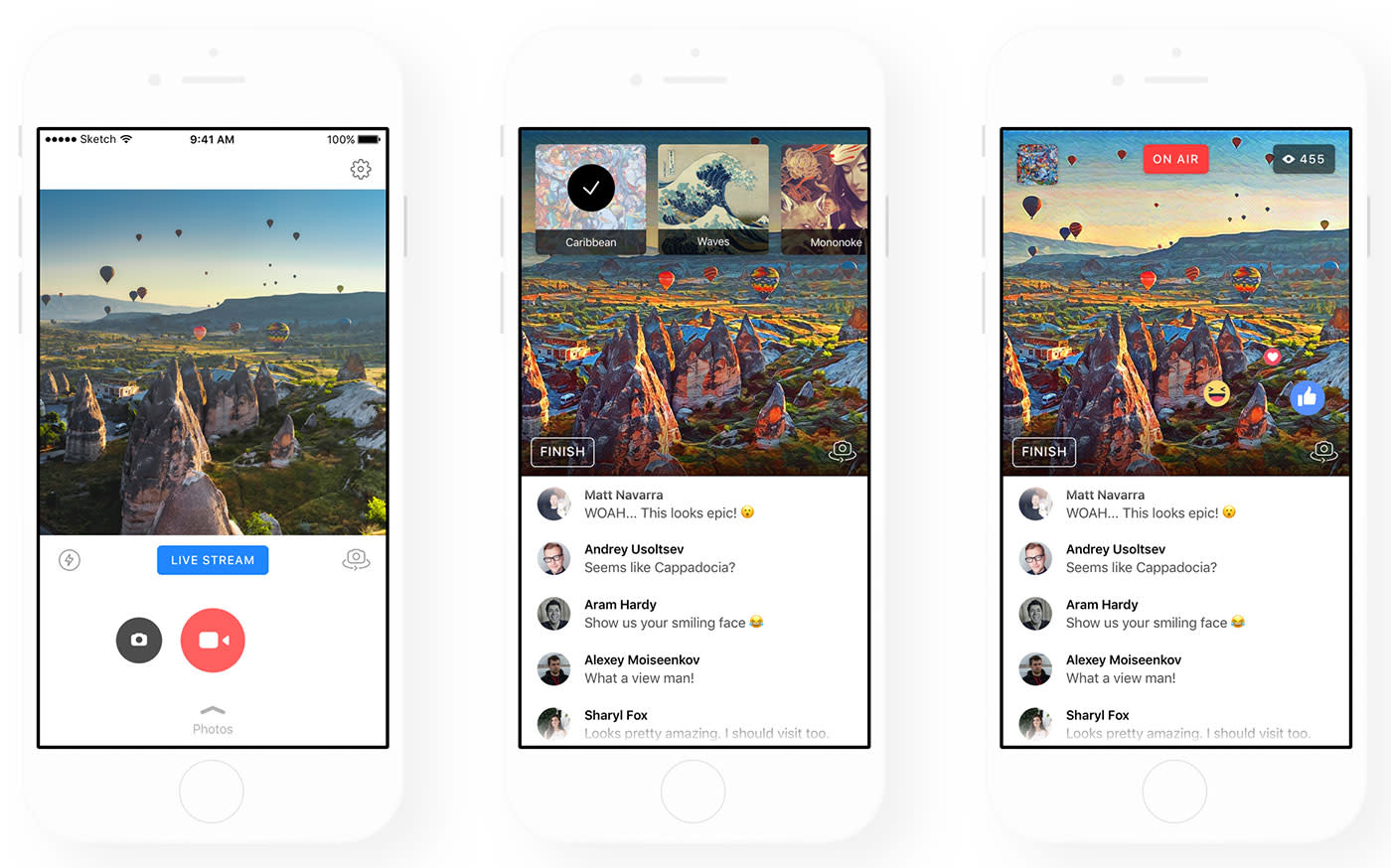 If you're a Prisma fan, you were likely heartbroken when the AI-driven art app lost its Facebook Live streaming feature. Why did it go almost as soon as it arrived? Now we know. The Prisma team tells TechCrunch that Facebook shut off its access to the Live programming kit over claims that this wasn't the intended use for the framework. The platform is meant for live footage from "other sources," such as pro cameras or game feeds. It's an odd reason when Facebook's public developer guidelines don't explicitly forbid use with smartphones, but the social network does state that it's primarily for non-smartphone uses.

We've asked Facebook for a comment on its decision and will let you know if there's something to add. However, the shutoff comes right as Facebook is getting its own creative livestreaming technology off the ground. Its recently acquired app MSQRD has no problem streaming face-swapped video on Facebook Live, and the company recently previewed Prisma-like live art filters. At first blush, it looks like Facebook may be repeating what it did to Snapchat, Telegram and Vine -- deny access to rivals so that Facebook's equivalent services don't face competition.

Prisma isn't about to fight to the death to reclaim the feature. "It's up to Facebook to decide which apps or devices can broadcast to Facebook. It's their policy and we respect it," Prisma's CEO tells us. The company also informs TC that live video (from other services, of course) is still part of its future. It's right about the policy -- Facebook is a private company, not the internet at large, and doesn't have an obligation to host competitors. However, the decision is a blunt reminder that internet giants (not just Facebook) can and will protect their turf, and that you base key features around their services at your own risk.

In this article: ai, computervision, culture, deeplearning, facebook, facebooklive, internet, livestream, livestreaming, machinelearning, prisma, services
All products recommended by Engadget are selected by our editorial team, independent of our parent company. Some of our stories include affiliate links. If you buy something through one of these links, we may earn an affiliate commission.