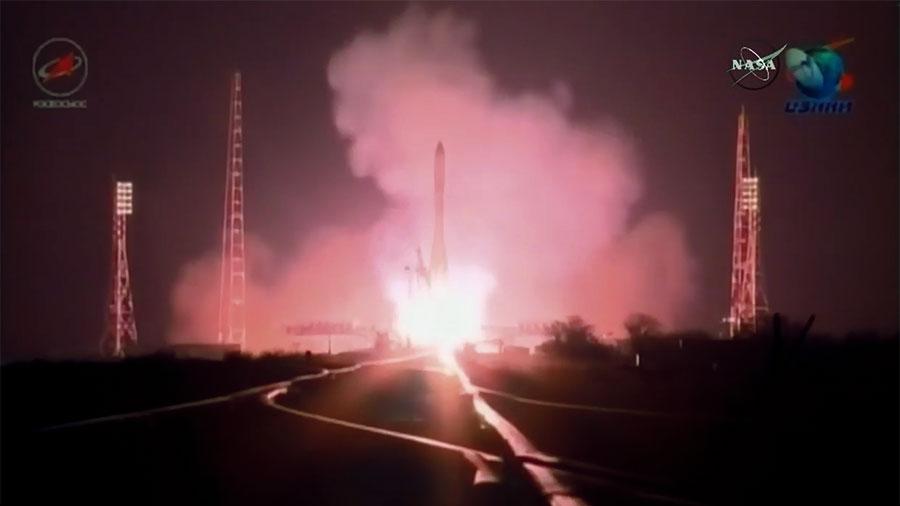 During what is normally a routine resupply run to the International Space Station on Thursday, Russian ground control lost contact with its delivery vehicle, the Progress MS-04, which has now been confirmed as destroyed.

The spacecraft successfully lifted off from the Baikonur Cosmodrome in Kazakhstan just after 9:50AM EST this morning, carrying nearly three tons of food, fuel and supplies for the Expedition 50 crew. However, it ran into telemetry issues, which NASA is categorizing as "an anomaly", during the third stage of the mission -- roughly six and a half minutes into the flight. Russia's Roscosmos agency has been monitoring the situation and has confirmed that the mission has failed. According to a statement from NASA, "the Russians have formed a State Commission and are the source for details on the specific failure cause."

This mission was the third and final Russian resupply mission to the ISS of the year. The space station still has plenty of supplies, according to NASA, so there isn't much danger of the crew starving in the immediate future. Furthermore, Japan's JAXA is planning to launch an H-II Transfer Vehicle (HTV)-6 flight to the ISS on December 9th.

In this article: Baikonur Cosmodrome, H-II Transfer Vehicle, International Space Station, ISS, Japan, Kazakhstan, NASA, Russia, Russian Federal Space Agency, science, space
All products recommended by Engadget are selected by our editorial team, independent of our parent company. Some of our stories include affiliate links. If you buy something through one of these links, we may earn an affiliate commission.