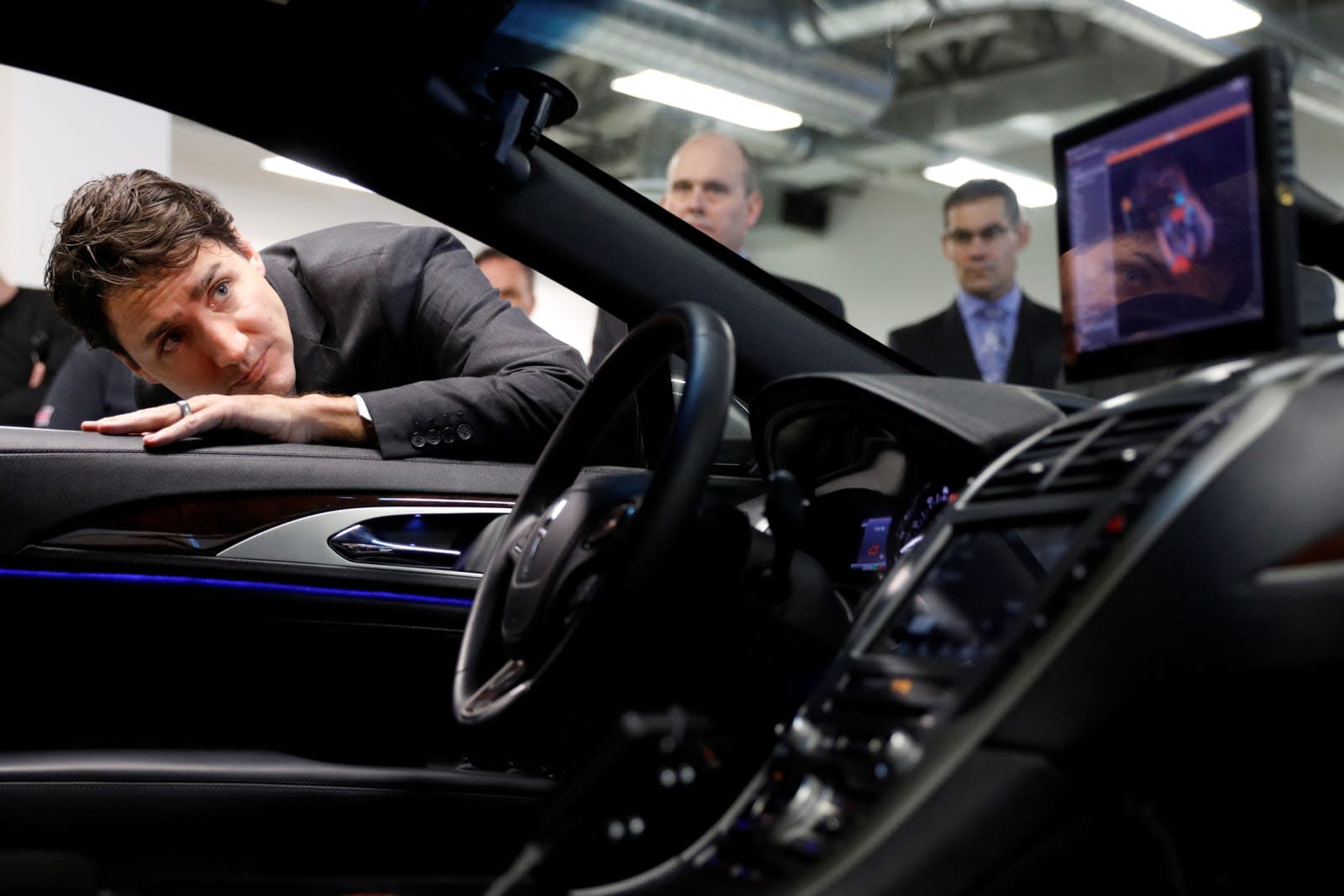 Just because BlackBerry is done making its own smartphones doesn't mean it won't be a big name in consumer tech. The company has unveiled the BlackBerry QNX Autonomous Vehicle Innovation Center (AVIC), a facility in QNX's Ottawa home that will be key to building the framework for self-driving cars. It's not crafting the autonomy code, but it will create the underlying platform. One of its first initiatives will have it team up with Renesas, PolySync and the University of Waterloo to build a concept vehicle to test on Ontario roads.

To put it mildly, the Canadian government is enthusiastic. While it's not funding the research hub (QNX's John Wall says there's a possibility down the line), it sees BlackBerry's work as key to making Canada a go-to source for self-driving car software. Prime Minister Justin Trudeau was a key guest at the December 19th inauguration event, where he touted AVIC as both a job creator and crucial to making Canada a "global leader" in autonomous tech.

For BlackBerry, this is a chance to shed its public image as a failed smartphone giant and make a name for itself in a field where even big players like GM and Tesla are just getting started. The problem: AVIC won't be the only development center vying for attention. Apple also has a self-driving software team in Ottawa, and poached at least some of its employees from QNX -- including former chief executive Dan Dodge. BlackBerry will have to convince staff that it's worth sticking around, and that its technology has a bright future in spite of the competition.

In this article: autonomous, blackberry, canada, gear, ottawa, polysync, qnx, renesas, self-driving, self-drivingcar, transportation
All products recommended by Engadget are selected by our editorial team, independent of our parent company. Some of our stories include affiliate links. If you buy something through one of these links, we may earn an affiliate commission.