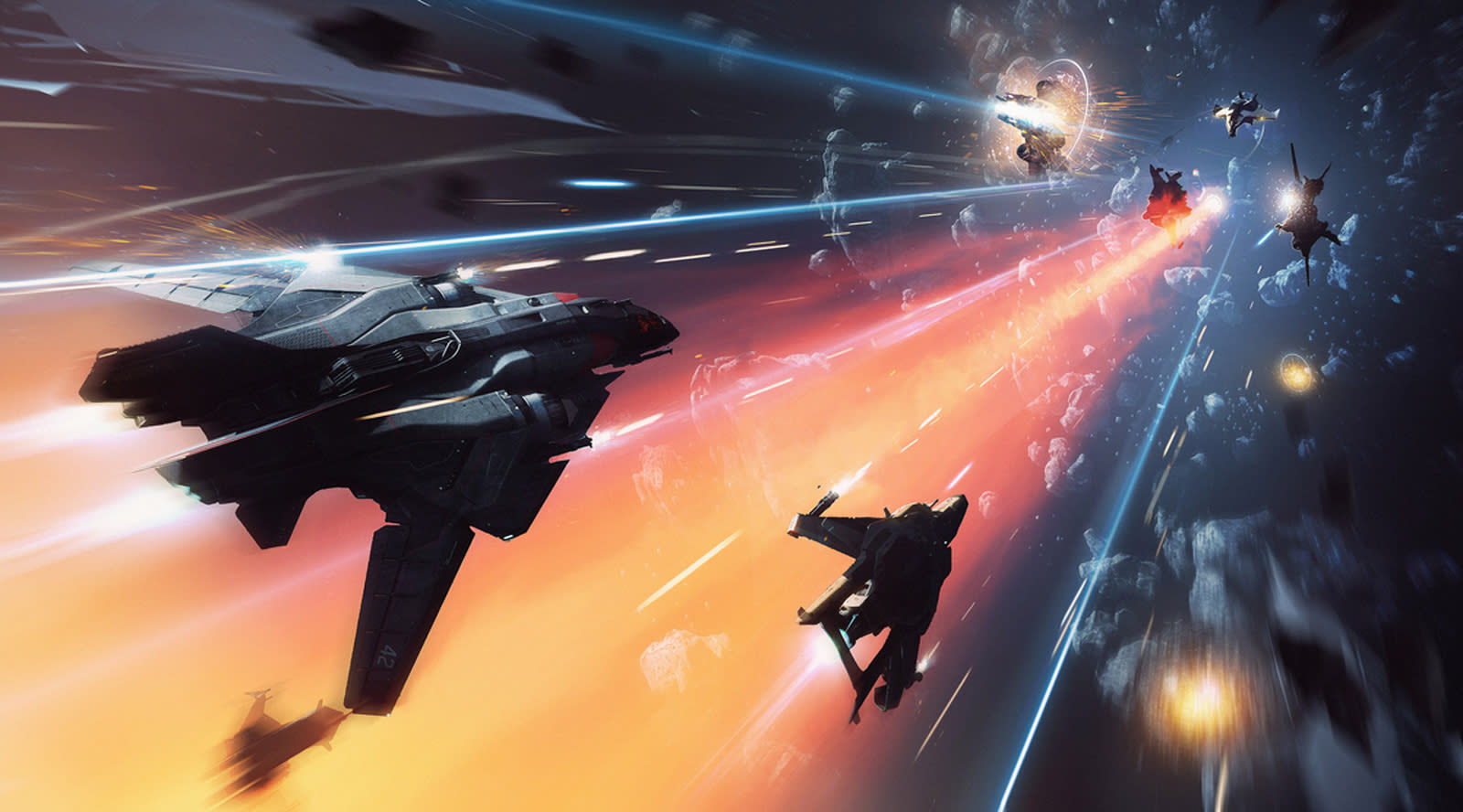 Star Citizen is still far from being ready, but it now has a more solid underpinning. Cloud Imperium has revealed that it has switched both Star Citizen and Squadron 42 from Crytek's CryEngine to Amazon's Lumberyard engine as of Star Citizen's just-launched Alpha 2.6 release. It was an "easy and smooth transition" due to Lumberyard's CryEngine roots, but both secures the "long term future" of the games and promises some distinct advantages. It taps directly into the cloud through Amazon Web Services, for instance, and makes Twitch streaming easy.

The studio has already been collaborating with Amazon for "over a year," so this isn't a panicked response to Crytek's financial woes. The timing is more than a little convenient, mind you. It gives Cloud Imperium more of a safety net if Crytek ever has to stop its own development -- it won't have to switch engines while it's in panic mode. It's easy to imagine frustration from backers at the thought that the Amazon switch might delay Star Citizen even longer, but that might be better than risking the entire project.

As it stands, Alpha 2.6 is a big step forward: it's the first release with Star Marine, the game's first-person shooter component. You now have two competitive multiplayer modes (everyone-for-themselves and a Battlefield-style capture-and-hold mode) for those times when you just want to fight friends instead of exploring the cosmos. Numerous other parts of Star Citizen have received some polish, too, such as first-person animations and third-person cameras. Although this is still no substitute for a finished game, it at least shows that Cloud Imperium is getting a handle on some of the many, many features it has been promising over the years.

In this article: amazon, aws, chrisroberts, cloudimperiumgames, crowdfunding, cryengine, crytek, games, gaming, lumberyard, personal computing, personalcomputing, squadron42, starcitizen, starmarine, video, videogames
All products recommended by Engadget are selected by our editorial team, independent of our parent company. Some of our stories include affiliate links. If you buy something through one of these links, we may earn an affiliate commission.