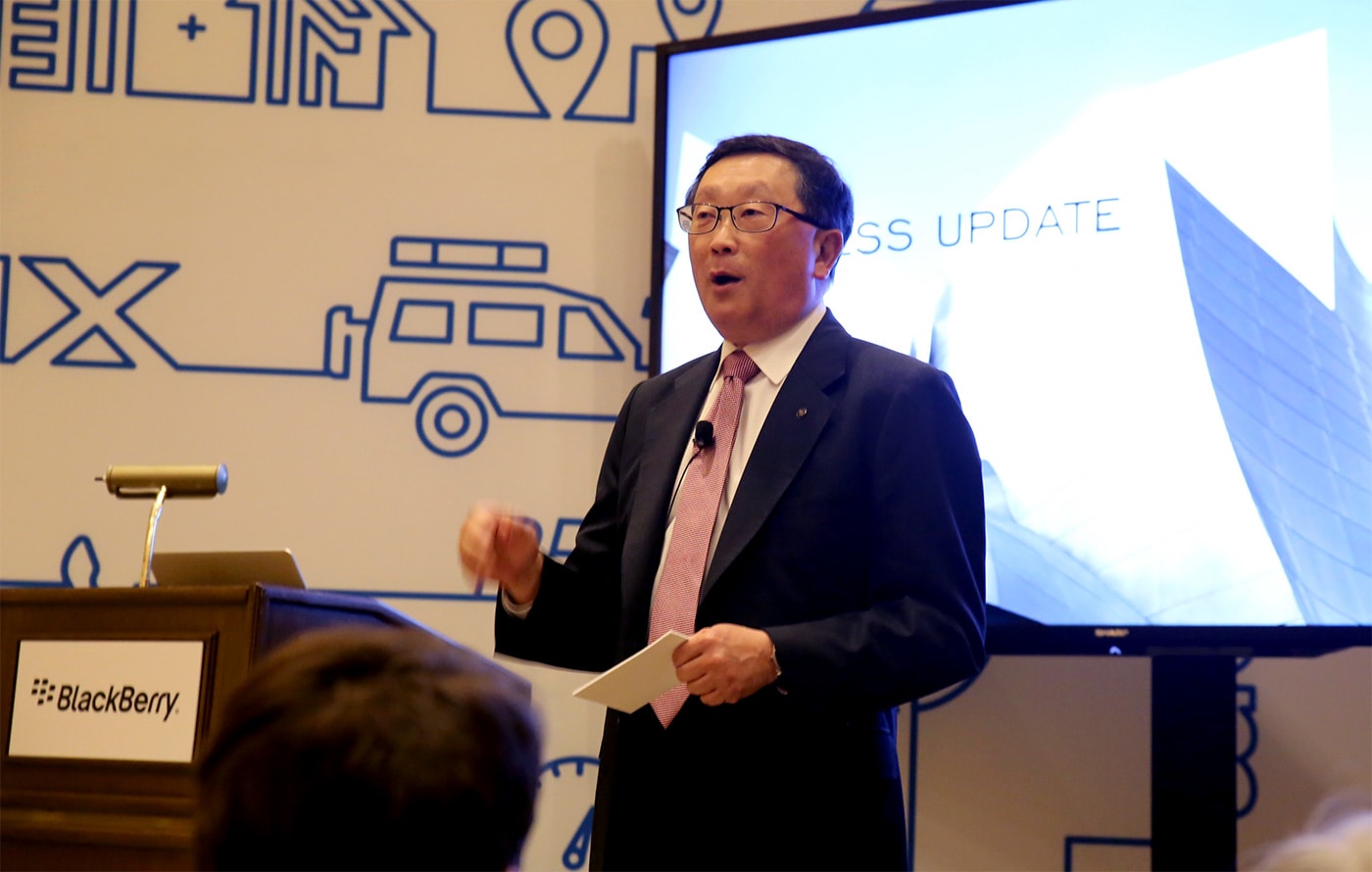 It's been a long time since BlackBerry was just a phone maker, a fact that was made more apparent than ever at the company's cozy CES press conference. To wit: The company just pulled back the curtain on a QNX-based software platform meant to help self-driving cars stay safe and on the road. No, seriously! While car makers often use QNX to power their in-car entertainment systems, BlackBerry's new platform should make it easier for them to collect and interpret environmental data to feed into their cars' driver assistance systems.

It's all about the flexibility, really. BlackBerry's approach means car makers can build features for self-driving cars on top of a common core, rather than spending years trying to build that core themselves. The framework BlackBerry has already made is surprisingly thoughtful too; the company has whipped up reference systems for "building multi-camera car vision systems" and applications that let cars communicate with each other. Self-driving cars are finally becoming a reality; Ford CEO Mark Fields said yesterday that mainstream models are about four years away. If BlackBerry's lucky, its new software could help it transition its business away from a mobile market that has battered the company so thoroughly.

Anyway. We're told that there are some demo cars lurking somewhere on the show floor that show off how these awareness and communications systems really work — stay tuned as we hunt them down and see BlackBerry's new stuff in action.

In this article: automotive, autonomous, blackberry, cars, ces, ces2016, gear, johnchen, mobile, qnx, selfdrivingcar, software, transportation
All products recommended by Engadget are selected by our editorial team, independent of our parent company. Some of our stories include affiliate links. If you buy something through one of these links, we may earn an affiliate commission.