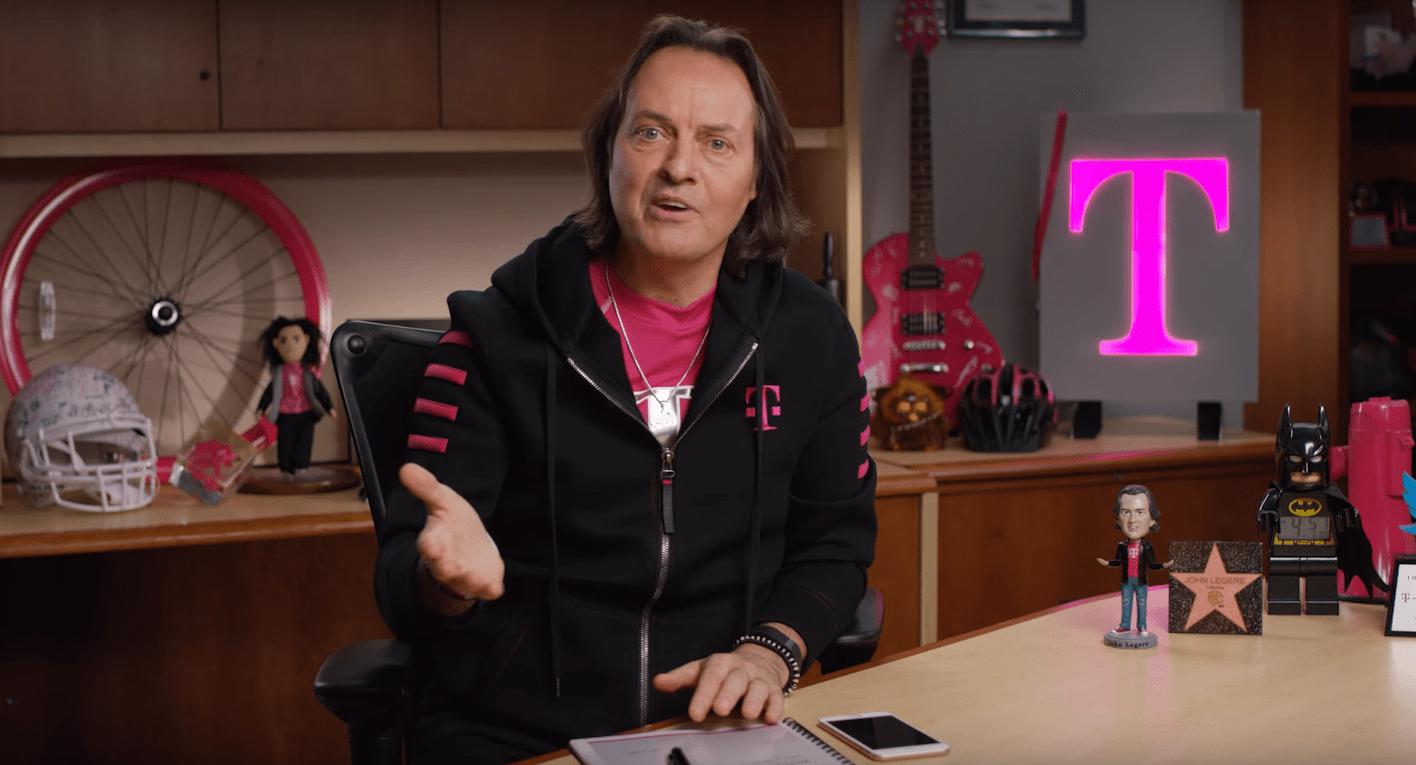 T-Mobile CEO John Legere took to YouTube this morning with a video where he, essentially, criticizes YouTube. Legere defended his company's Binge On service (again), saying, "There are people out there saying we're 'throttling.' That's a game of semantics and it's bullshit." Spoilers: He's talking about YouTube.

Here's the background: Binge On allows certain customers to stream video from participating services, including Netflix and Hulu, without eating into their data plans. However, Binge One is an opt-out service and all videos for participating customers stream at 480p by default. This includes YouTube videos, even though Google isn't a Binge On partner. YouTube calls Binge On "throttling," while a T-Mobile spokesperson in December called it "mobile optimization" or "downgrading."

The FCC is investigating whether Binge On and other data-cap-exemption plans infringe on net neutrality, and the EFF recently conducted a test and concluded that Binge On is, in fact, throttling.

Legere didn't address the federal inquiry or the EFF's findings in the video, instead suggesting that Google is making a fuss because it wants to get into the news. Note that Google is one of the largest and most influential technology companies in the world, and it's CES week.

"We give customers more choices and these jerks are complaining," Legere said. "Who the hell do they think they are? What gives them the right to dictate what my customers or any wireless consumer can choose for themselves?"

The FCC is, in fact, the one organization that absolutely has the right to decide whether Binge On infringes on net neutrality. The EFF certainly has legal ground to stand on, as well.

Since Binge On's launch in November, customers are watching 12 percent more video, Legere said. Daily average viewership on "a top video service" is up 66 percent among customers not on high-speed, unlimited plans, he noted.

Source: YouTube
In this article: av, business, culture, eff, FCC, google, internet, NetNeutrality, services, t-mobile, tmobile, youtube
All products recommended by Engadget are selected by our editorial team, independent of our parent company. Some of our stories include affiliate links. If you buy something through one of these links, we may earn an affiliate commission.