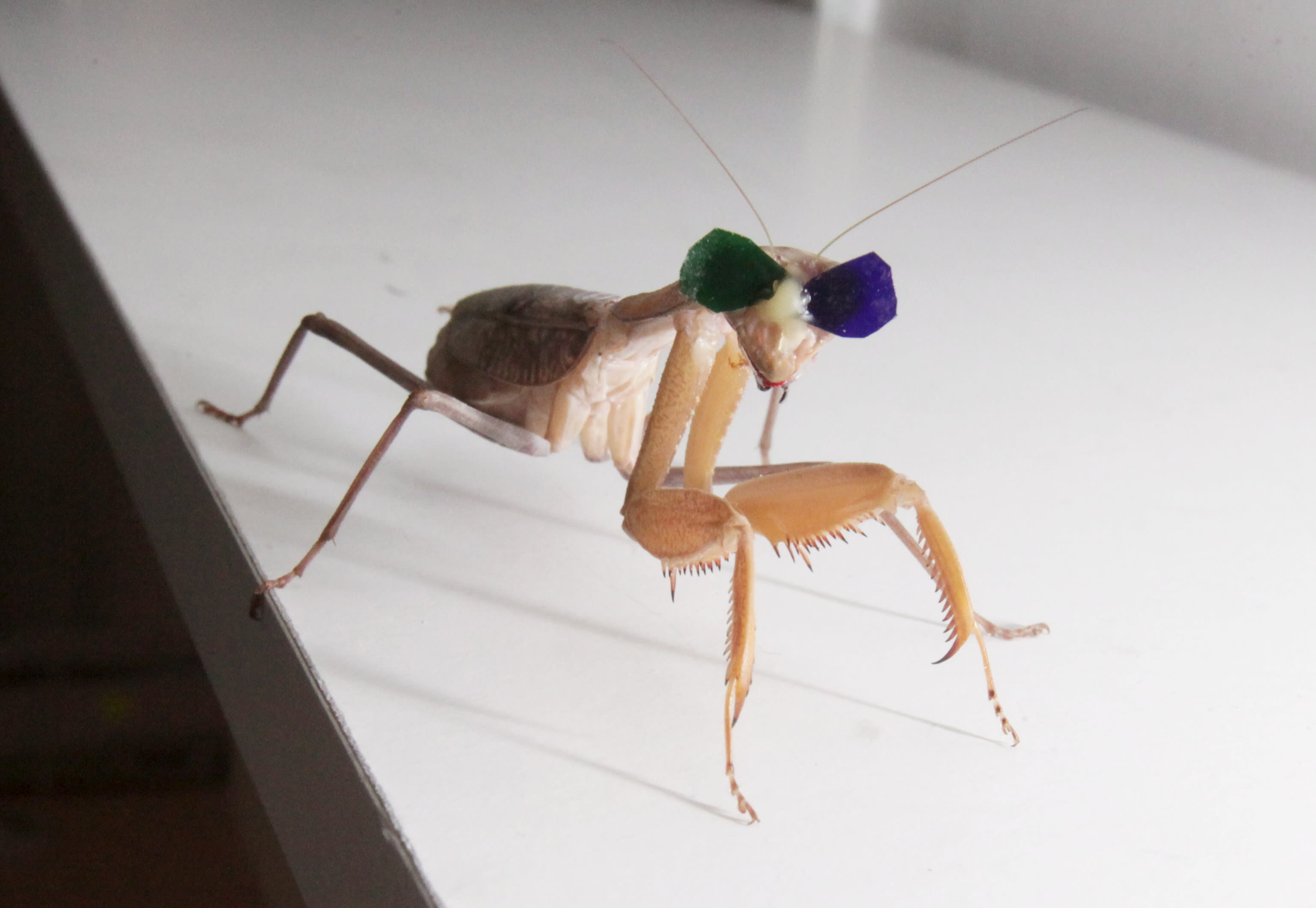 The praying mantis is the only known invertebrate with 3D perception, however this fact was originally proven in the 1980s using prisms and occluders, which only support a limited number of images. Scientists want to deepen their understanding of the insect, so they've taken this research a step further by testing a few mantises with tiny 3D glasses. A team from Newcastle University created a miniature cinema in the hope that the insects would move when they perceived 3D images with the appropriate lenses. The trick worked, but only with a specific kind of spectacles.

Initial tests using the modern style of 3D glasses, which use circular polarization to separate images, were unsuccessful. The team then switched to the classic style of red and blue lenses, and noticed the mantises were lashing out at the screen. They stayed put, however, when a 2D image was shown, providing stronger confirmation that mantises have 3D vision. The reason the other 3D glasses failed, the team believes, is because the insects were so close to the screen (in order to see) and this meant the glasses were unable to separate the images properly.

The successful glasses used green and blue lenses -- mantises are poor at detecting red light -- and an LED monitor with "unusually narrow output in the green and blue wavelength." The experiment verifies not only that mantises have 3D perception, but that they can be stimulated with digital imagery that appears to be 3D. The team also believes that the research, which builds on our understanding of perception, could be used to create new algorithms for 3D depth perception in computers.

Via: Gizmodo
Source: Newcastle University
In this article: 3d, av, mantis, newcastleuniversity, prayingmantis, science
All products recommended by Engadget are selected by our editorial team, independent of our parent company. Some of our stories include affiliate links. If you buy something through one of these links, we may earn an affiliate commission.