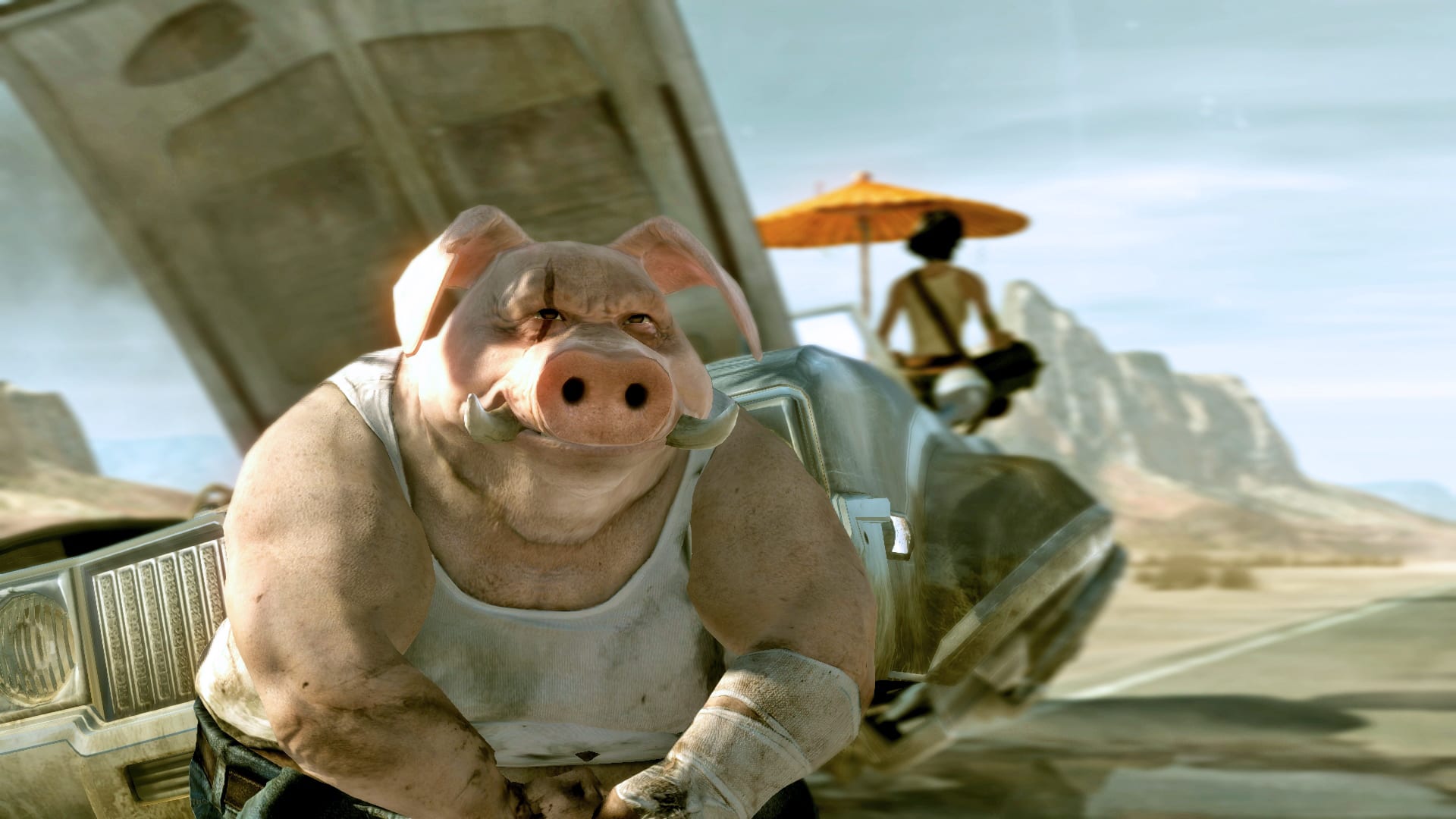 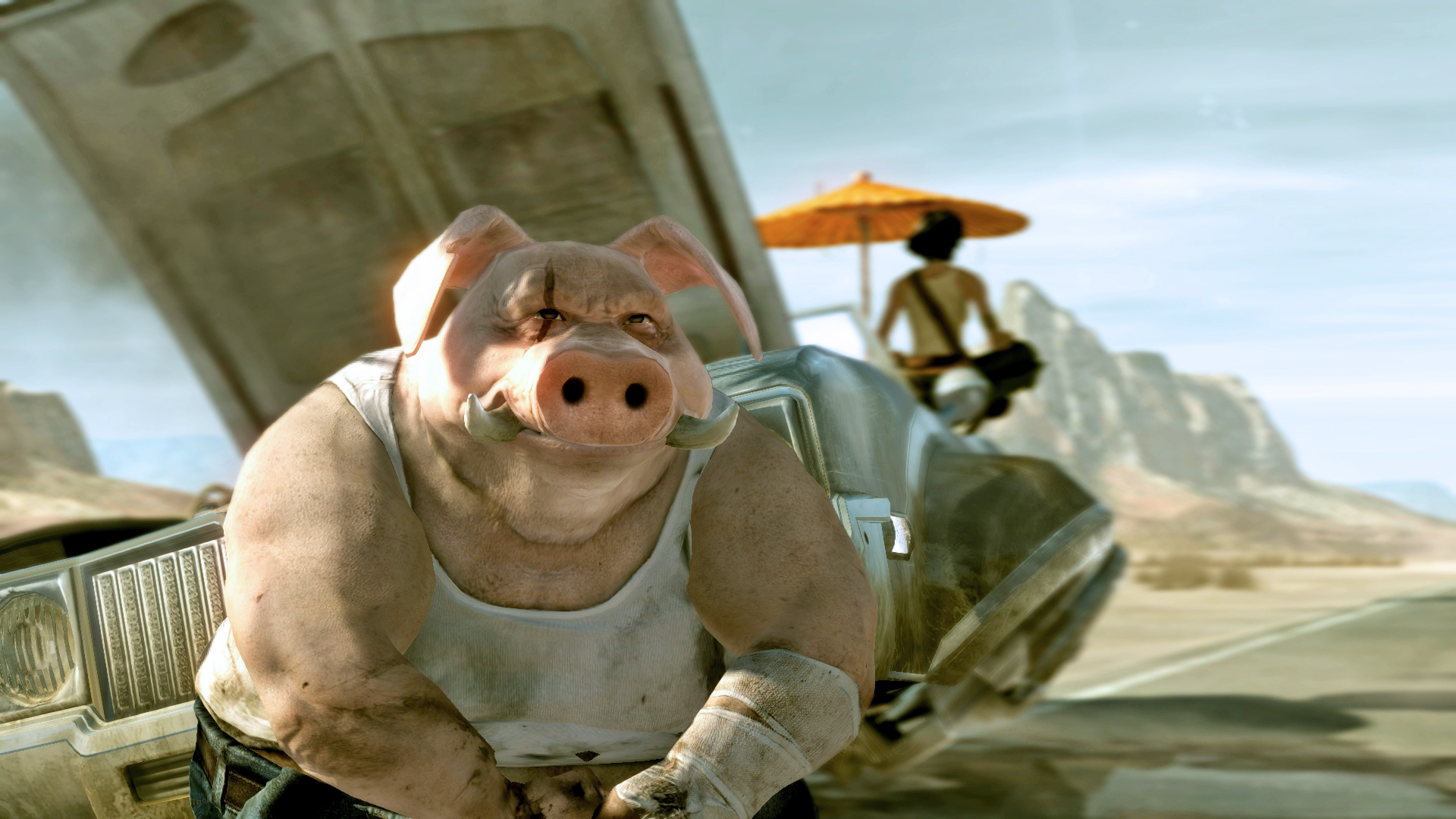 Beyond Good and Evil 2 isn't dead yet, according to its mastermind Michel Ancel. If you aren't familiar, the sequel is something of an enigma in the gaming world. Merely mentioning its name elicits complex emotions and dreams of publisher Ubisoft showing the game at its next year's E3 media briefing. The first game was a critical hit but didn't sell well. Consumers in the Aughts weren't down with a game about a plucky photojournalist and her anthropomorphic porcine companion; who'd have thought?

But, much like Double Fine's Psychonauts, it developed a cult following after its quiet 2003 release and even got the HD-remaster treatment in 2011. Project lead Ancel has since made other games (like the excellent reboot of the Rayman series and the upcoming PlayStation 4 exclusive, Wild) but BG&E 2 is the one everyone asks him about. Even Double Fine creative director Tim Schafer. The two got together for the season finale episode of Double Fine's "Devs Play" series to talk shop and play through the cult classic.

The episode starts out innocently enough, but at the 48 minute mark conversation turns to Ancel talking about the sequel's years-old teaser trailer. That's when Schafer says the only logical thing to Ancel: "Tell us everything about Beyond Good and Evil 2."

"Maybe we should continue with Beyond Good and Evil 1," Ancel said, laughing coyly.

"That's the problem -- it has to be great. When we started that game [BG&E] there wasn't much pressure... No other games I've made have the same aura."

The stinger after the credits roll is where the magic lies, though:

"You're still in this headspace because you're making the sequel though, right?" Schafer asked.

"Yeah, but it's difficult because it's hard for me to do the same kind of game two times. I don't know how you manage that with Psychonauts 2," Ancel said.

As are the rest of the Devs Play videos, the whole episode is worth watching. Especially if you want to hear Ancel's answer when Schafer asked if he'd thought about putting big breasts on Pey'j the pig. This has been your update on BG&E2 for the day.
Via: Rock, Paper, Shotgun
Source: YouTube
In this article: av, beyondgoodandevil, beyondgoodandevil2, devsplay, doublefineproductions, gaming, GregRice, hd, internet, michelancel, TimSchafer
All products recommended by Engadget are selected by our editorial team, independent of our parent company. Some of our stories include affiliate links. If you buy something through one of these links, we may earn an affiliate commission.