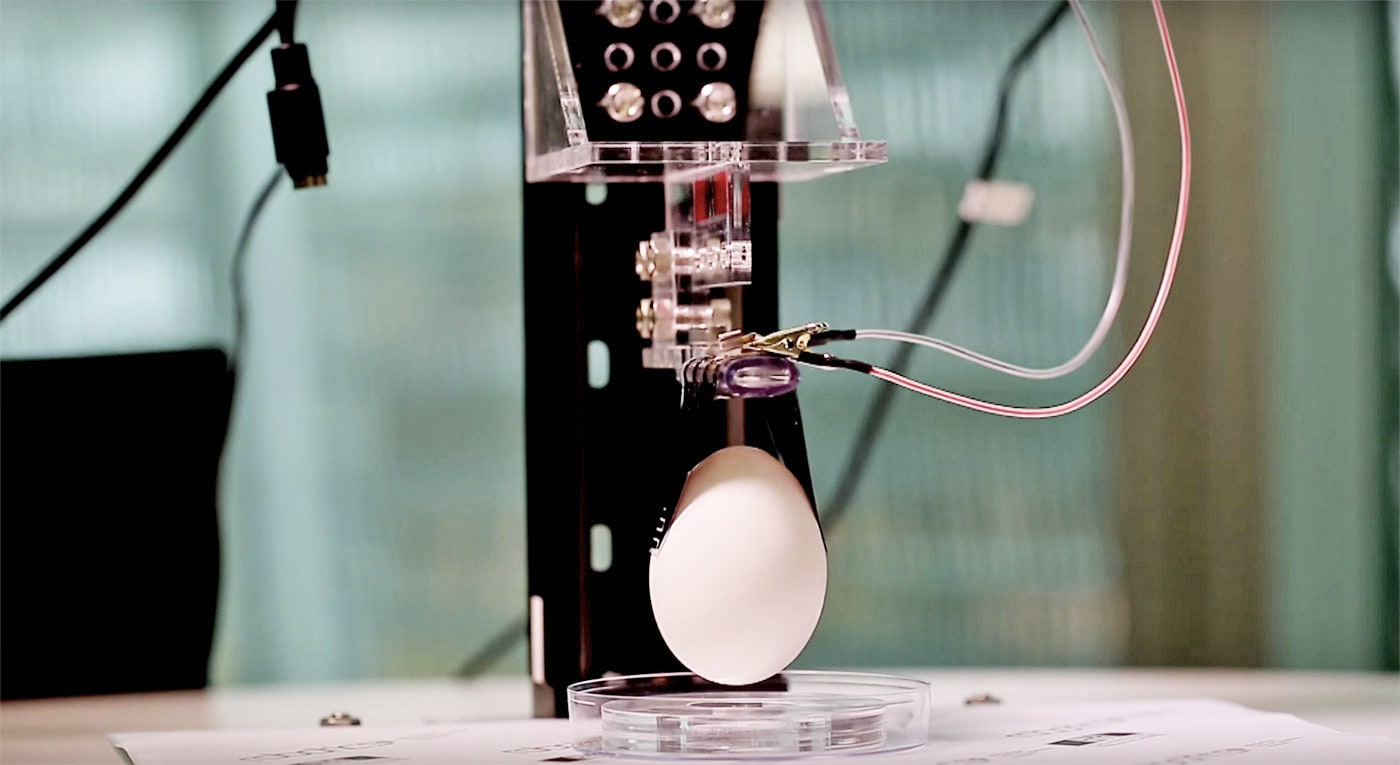 École polytechnique fédérale de Lausanne's (EPFL's) new robotic grippers don't look anything like fingers, but they can pick up even delicate objects like eggs. Their secret? Electroadhesion. That's the same phenomenon that makes a balloon's surface sticky enough to adhere to a wall when you rub it against your hair. The EPFL's grippers are flexible and stretchable electrode flaps that act like a thumb-index finger combo.

When they're connected to electricity, the flaps can hold objects and conform to their shape, and unlike other grippers, they don't even have to know what the objects look like beforehand. They can also lie flat on a surface if they're supposed to pick up pieces of paper. EPFL explains how the flaps work like so:

The electrode flaps consist of 5 layers: a pre-stretched elastomer layer sandwiched between two layers of electrodes, plus two outer layers of silicone of different thickness. When the voltage is off, the difference in thickness of the outer layers makes the flaps curl outwards. When the voltage is on, the attraction between the two layers of electrodes straightens out the membranes. This straightening of the membranes from a curled position mimics muscle flexion.

At the tips of the flaps, the electrodes of each layer are designed for optimal electrostatic grip. These interdigitated electrodes, which look like two combs fitted together, create an electrostatic field that causes electroadhesion.

Electroadhesion allows the soft grippers to carry up to 80 times their weight, so the technology has a promising future ahead. The EPFL scientists believe it could be used not only for prosthetics, but also for food factories and even to capture debris in space. Since we most likely won't see the flaps in the wild anytime soon, check out the video below to see them in action. 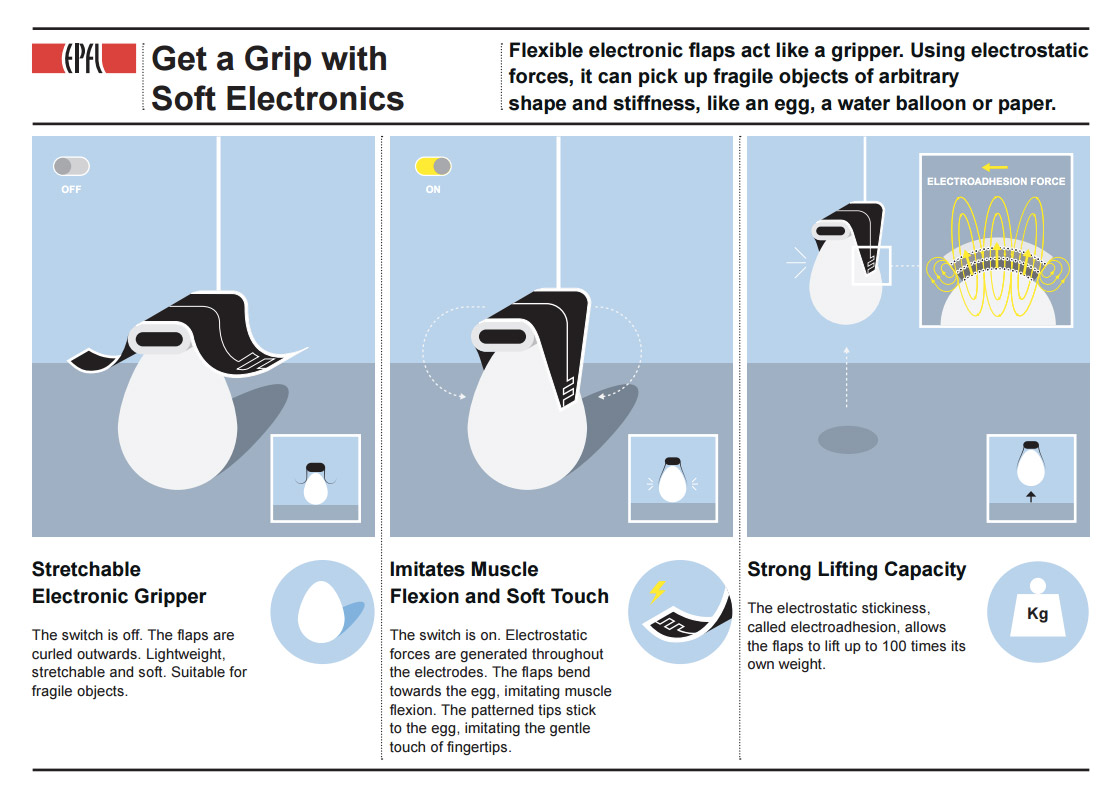 Source: EPFL
In this article: EPFL, robots, science
All products recommended by Engadget are selected by our editorial team, independent of our parent company. Some of our stories include affiliate links. If you buy something through one of these links, we may earn an affiliate commission.