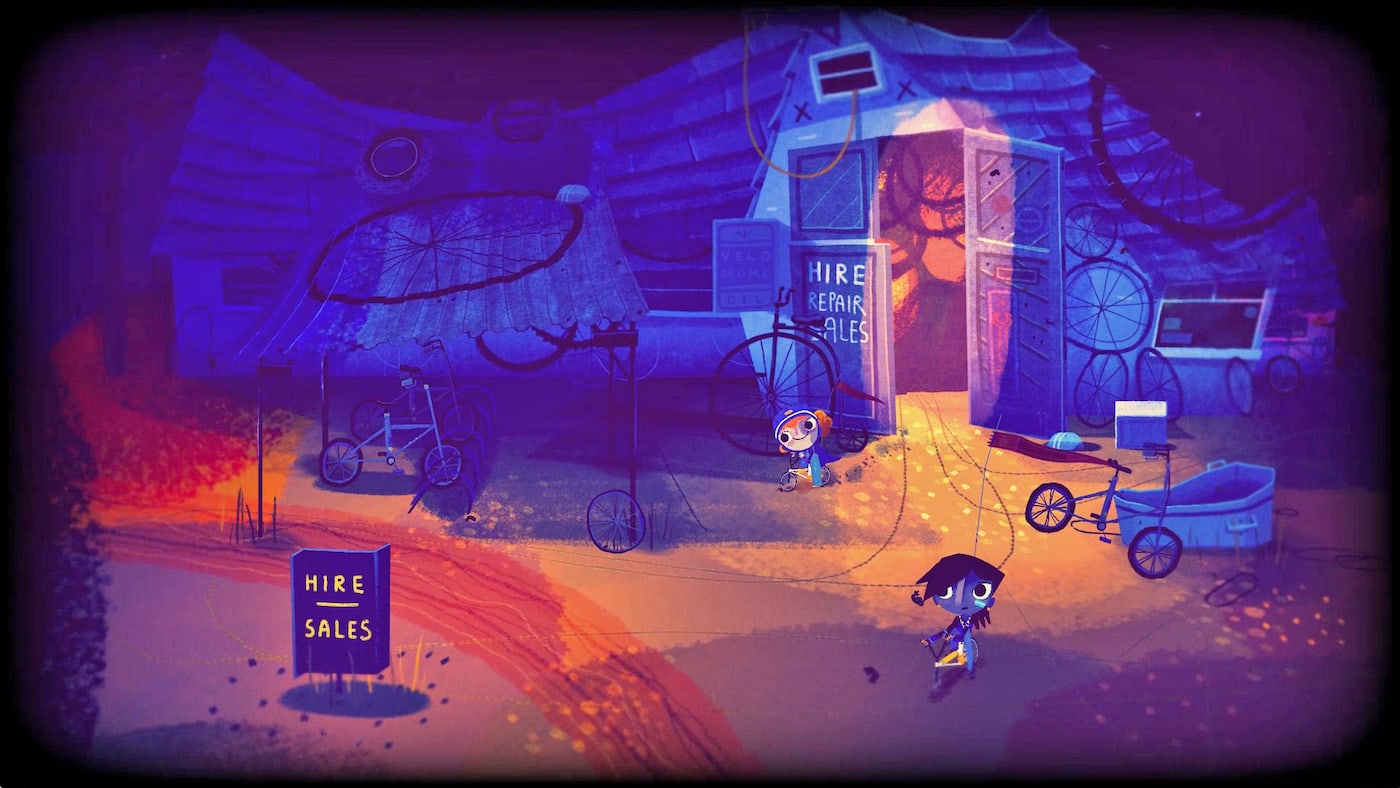 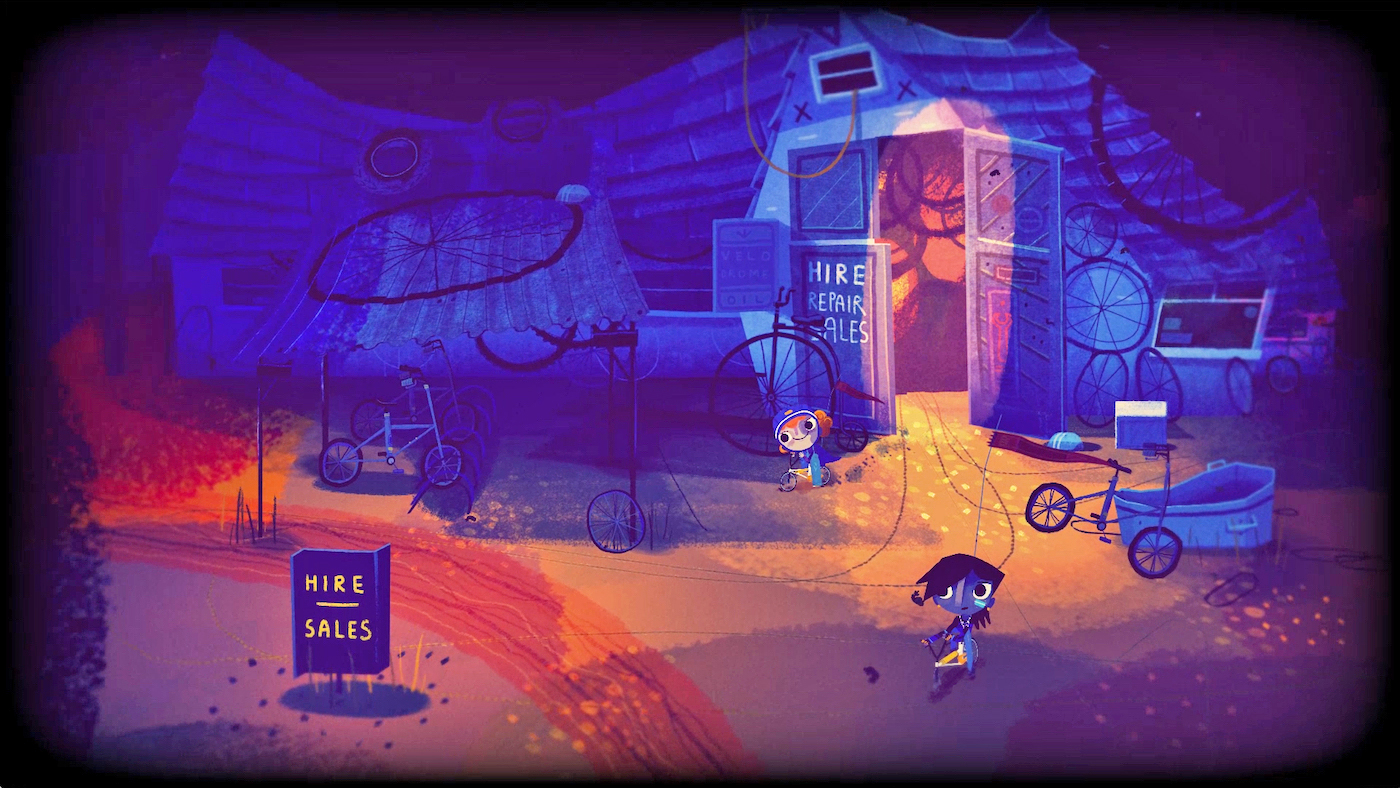 Every so often we'll spot a game in the bowels of Kickstarter which, despite all of the problems associated with crowdfunding, grabs our attention and won't let go. Knights and Bikes is one of those projects because, well, just look at the screenshots below. Everything about it is adorably British. Conceived by Rex Crowle and Moo Yu -- two fellows from LittleBigPlanet developer Media Molecule -- the game promises a co-op adventure about two friends on an island near Cornwall. Set in the late 1980s, the pair are tasked with saving their town from spooky spirits and financial ruin. Think The Goonies, with a sprinkling of Earthbound and Secret of Mana. 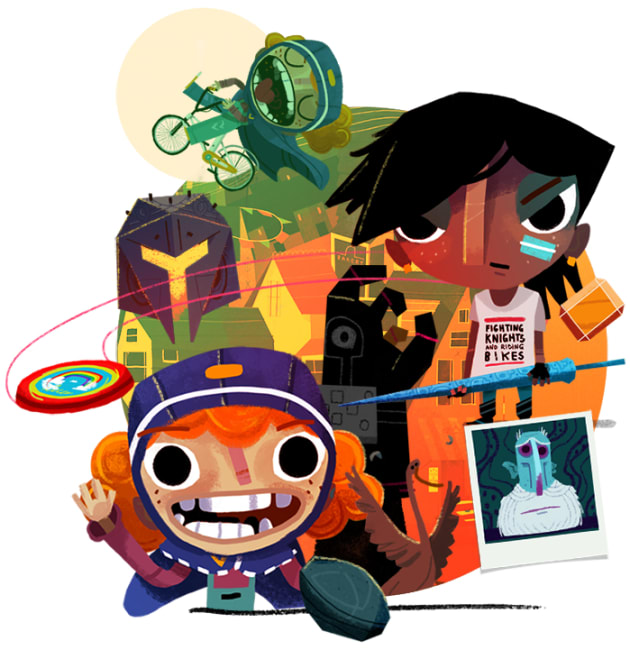 The art style looks top-notch and the island, filled with rickety old caravans, mobile libraries and sweet stores, does a good job of evoking the time and place. In the game you'll be travelling around on your trusty bicycle, helping villagers and battling through "dungeons" with an assortment of crazy weapons, such as frisbees, wellington boots and power gloves. Completing quests and collecting treasure will help you acquire new abilities, such as bike upgrades (the saddle of command! Spoke trinkets!) that will help you explore more of the island and its mysteries.

Crowle was the creative lead on Tearaway and a key artist for the LittleBigPlanet franchise. Yu, meanwhile, was a lead gameplay programmer for Sackboy's various adventures and the Insomniac title Ratchet & Clank: Tools of Destruction. Despite their combined experience, there's no guarantee the game will materialize. That's the way with all Kickstarters and, looking back on previous failures and delays, we wouldn't blame you for being skeptical. Still, if you want to support the pair, you can back the project and help it towards its £100,000 goal.

Update: The game was originally slated for PC, Mac and Linux, but the team has today announced that it'll also be coming to PS4.

13
Via: Kotaku
Source: Knights and Bikes (Kickstarter)
In this article: av, cornwall, crowdfunding, gaming, kickstarter, mediamolecule
All products recommended by Engadget are selected by our editorial team, independent of our parent company. Some of our stories include affiliate links. If you buy something through one of these links, we may earn an affiliate commission.