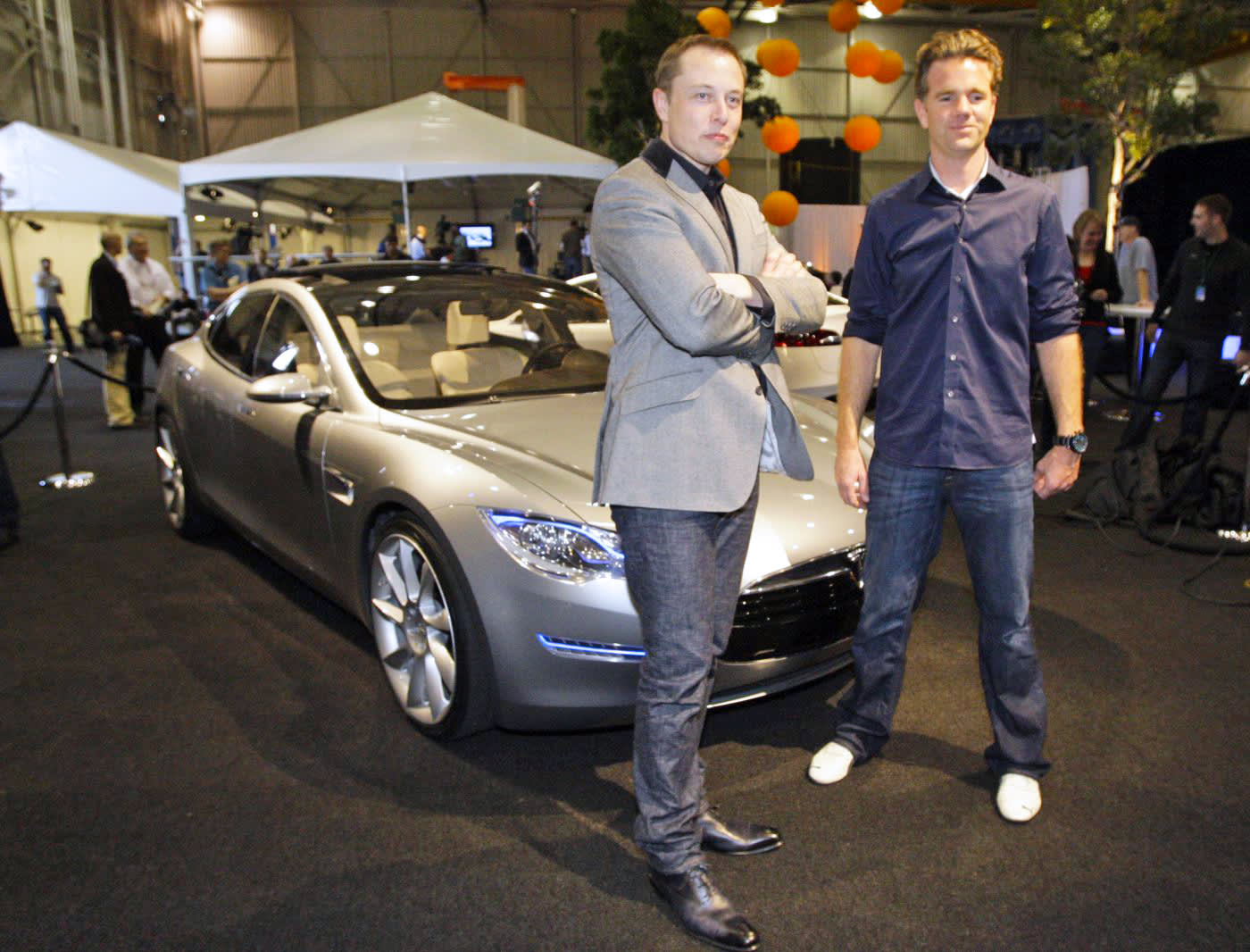 Even though Elon Musk said earlier today that he's not sure how much of Tesla's Model 3 will be unveiled next month, you'll still be able to get in line right away. Musk (shown above posing in front of a Model S during its 2009 debut event) just tweeted that Model 3 reservations will be accepted at Tesla stores on March 31st, and online starting April 1st. You'll need to put $1,000 down towards the car's price, which will start at $35,000 before any incentives are applied.

No signature series for Model 3. Same reservation amount for all.

We should note that while Musk says there will no Signature Series this time around (like the high-price limited models that launched Tesla's Model X), while talking to investors he said the first models will come with many options installed, so the price could be a bit higher for early buyers. Whatever we see at the launch event next month, the Model 3 is supposed to go on sale in late 2017 so you'll have to let Tesla hold that down payment for a little while and hope there's no Bolt envy in the meantime. The online reservations will be taken globally, and Musk promises more details "in the coming weeks" -- stay tuned.
Source: Elon Musk (Twitter)
In this article: breaking news, ElectricVehicle, ElonMusk, EV, gear, Model3, preorder, reservation, tesla, TeslaMotors, transportation
All products recommended by Engadget are selected by our editorial team, independent of our parent company. Some of our stories include affiliate links. If you buy something through one of these links, we may earn an affiliate commission.