Mobile carriers rarely give anything away for free, so when Australian provider Telstra offered customers unlimited downloads for a whole day, they more than filled their pockets. To atone for a network outage last Tuesday, the operator turned its apology into a marketing stunt with the launch of "Free Mobile Data Sunday." There were no restrictions on what could be posted, browsed, shared and streamed, allowing Telstra customers to gobble up a record 1,841 terabytes of data in 24 hours.

In a statement, Telstra says it counted more than double the traffic it would normally see on a Sunday, which equates to around 5.1 million episodes of Game of Thrones or 23 million downloads of Kanye's latest The Life of Pablo album. It wasn't all sunshine and downloads, however, as the volume of traffic reduced speeds in some parts of Australia.

People like Reddit user DrRodneyMckay will have likely played a part in that. Telstra's 4G plans typically offer up to 8 gigabytes of data a month but on Valentine's Day, this customer gobbled more than 421 gigabytes.

Freed from a 1.5 Mbps ADSL broadband connection, DrRodneyMckay claims to have downloaded all 25 seasons of How It's Made, numerous other TV shows and backed up his entire Stream library (all 172 games) to offline storage via his tethered LG G4 (which peaked at 168 Mbps). Not bad for a day's work. 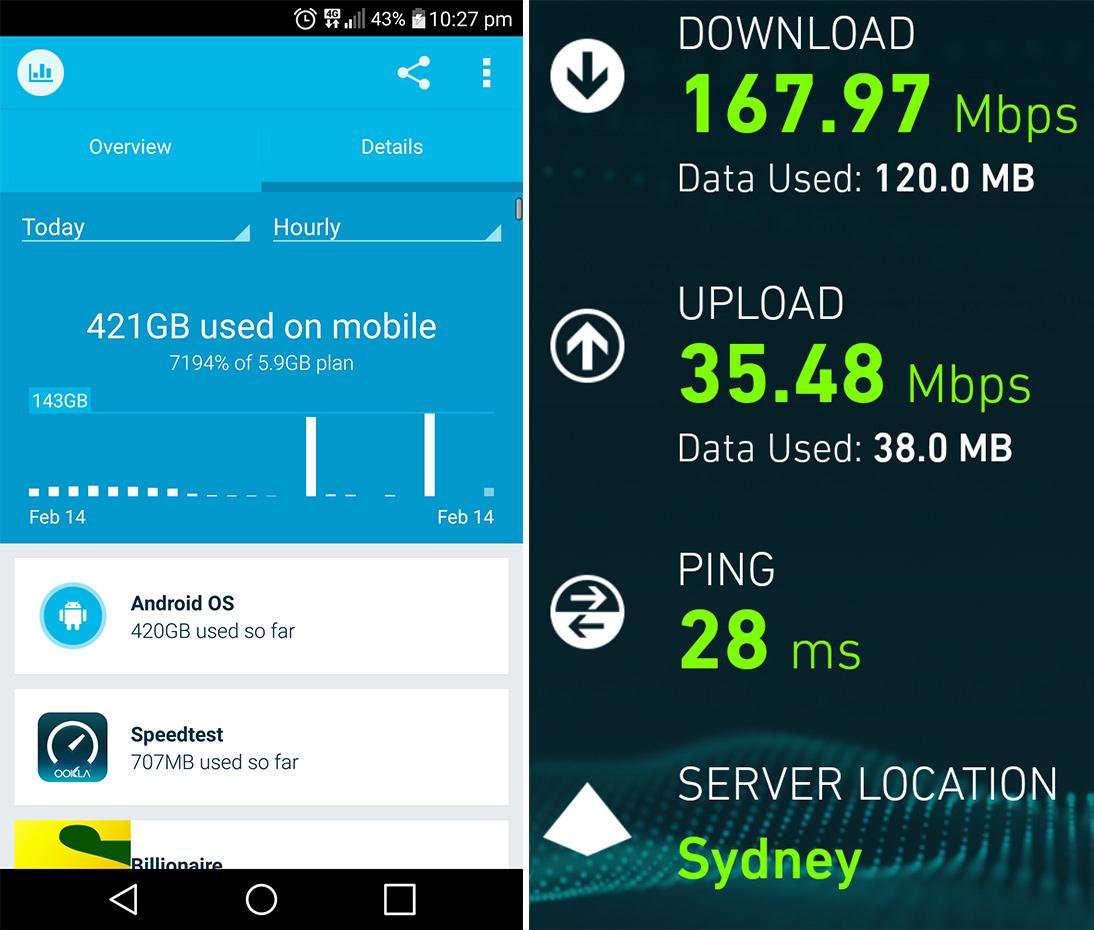 Via: Mashable
Source: Telstra, Reddit
In this article: australia, data, downloads, gear, internet, mobile, telstra
All products recommended by Engadget are selected by our editorial team, independent of our parent company. Some of our stories include affiliate links. If you buy something through one of these links, we may earn an affiliate commission.