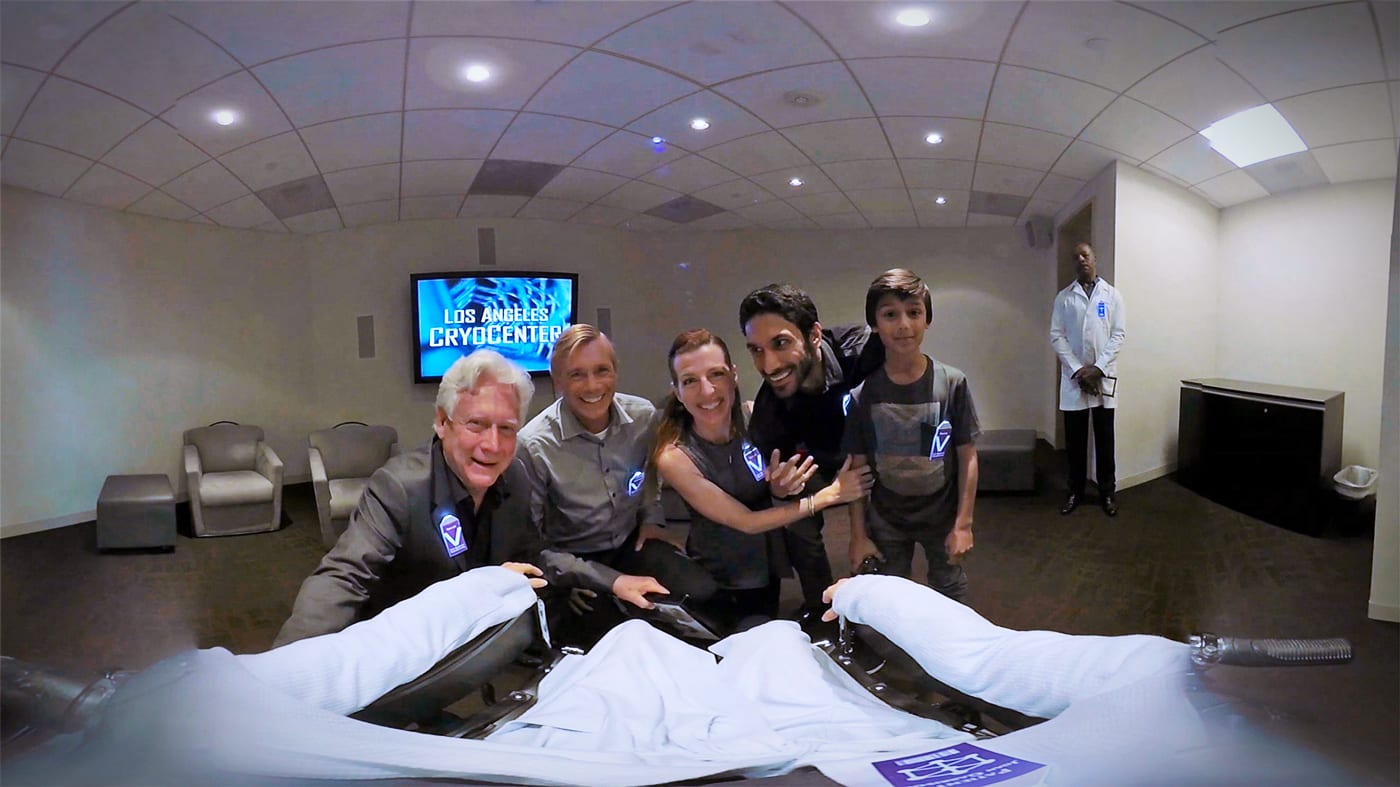 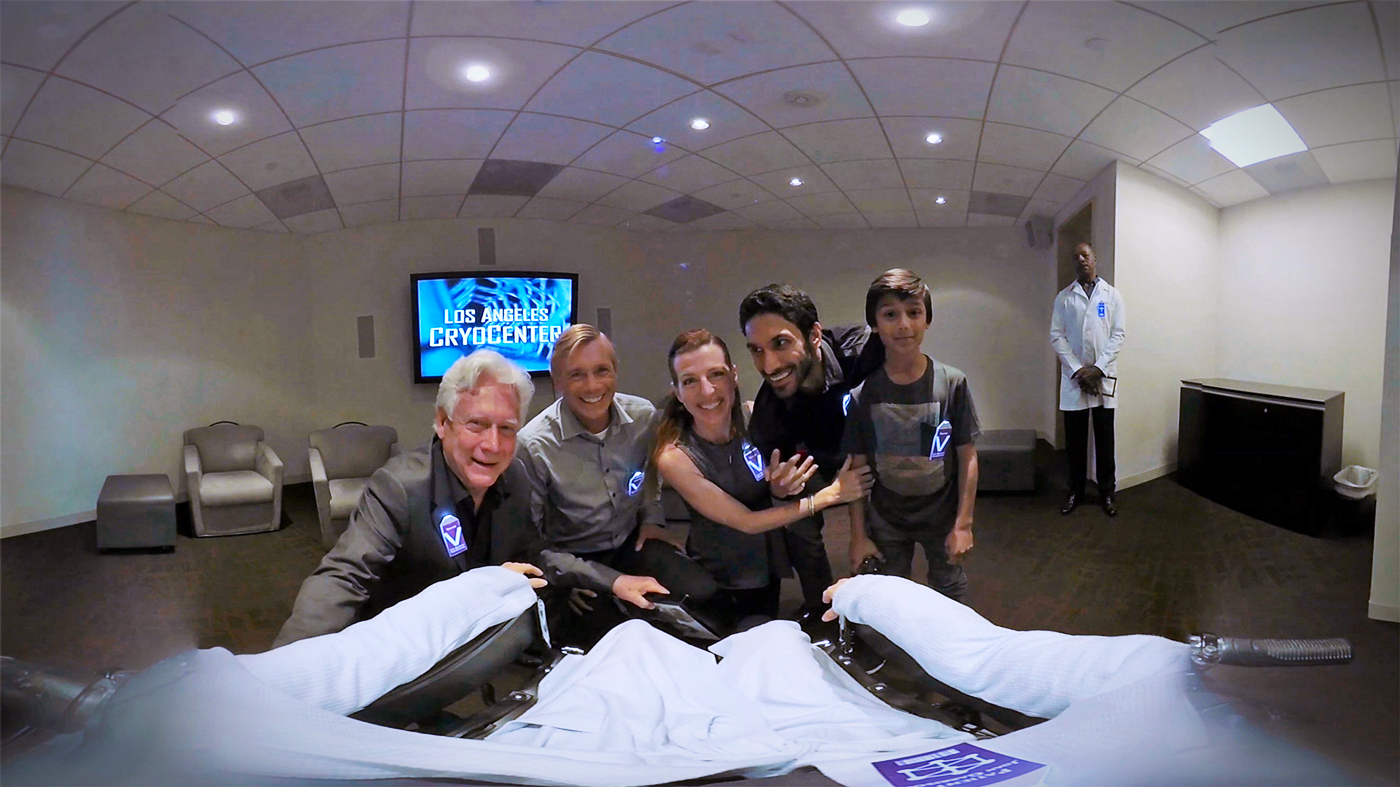 As a screenwriter, I'll frequently find myself at a meeting with a Hollywood executive who keenly lets me in on a secret: Virtual reality is "the future" of scripted entertainment. While there is little doubt that the old ways for television and movies are changing -- shows are getting shorter for YouTube or longer for Netflix -- I wonder if the executives extolling the virtues of VR have actually strapped on a pair of goggles and taken a good, hard look at this future they champion. Because from what I see, quality scripted VR entertainment is still science fiction.

There's been no shortage of attempts from very talented people to create quality scripted entertainment for virtual reality headsets. Sundance's New Frontier program has been a major cheerleader. In the past two years, it has debuted VR content that ranges from whimsical comedy to date-rape drama to wacky '80s-inspired sci-fi. This year's most polished piece of "scripted entertainment" as we might traditionally know it, Defrost, starring Carl Weathers, tells the story of a patient awakening from a 30-year cryogenic freeze. I watched as my friends took turns behind the eyes of this character, craning their necks around the room trying to make sure they weren't missing any content hidden in their 360-degree virtual space. 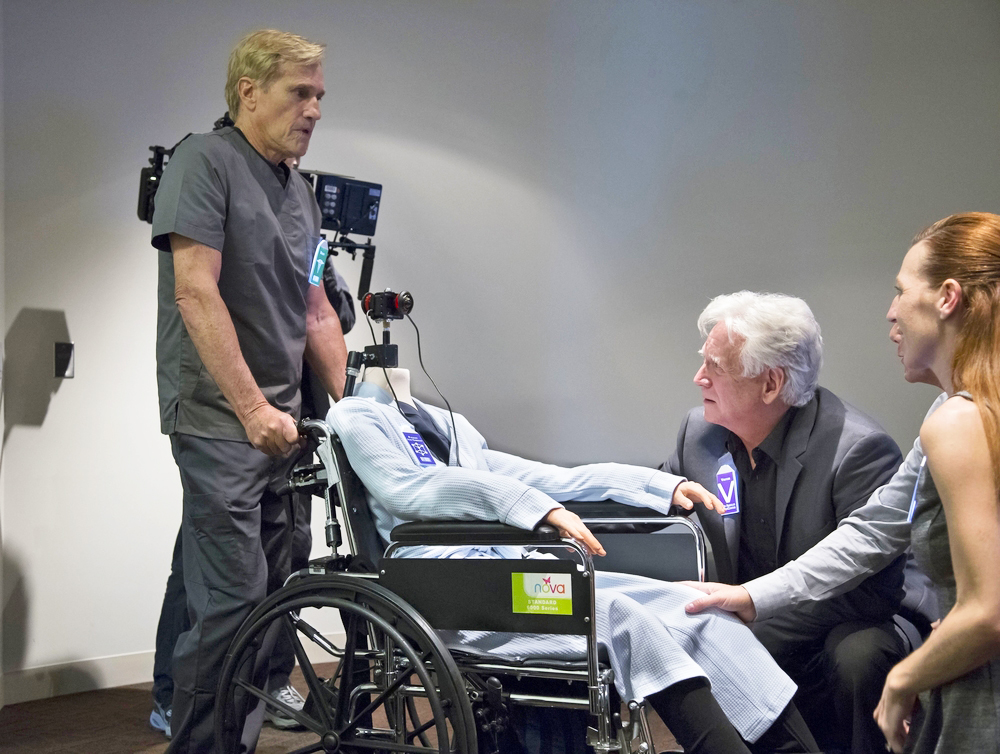 And herein lies the first hurdle to virtual reality: sociability. I'm hardly an anti-VR curmudgeon. In fact, I'm excited to upload my mind and live in a virtual world. But you know what? I'm in the minority. For most people, watching scripted entertainment is a shared social experience. New episodes of Game of Thrones are a party, and I know plenty of married folks who feel like they're committing some kind of entertainment infidelity if they skip ahead on episodes of House of Cards. For the singletons, Netflix 'n' chill remains a crucial, tried-and-true hookup formula.

The key element in all of these experiences is as old as the medium. It's the ability to share in the reactions of others as we watch the same screen: to look at their faces as they laugh, squeeze their hands when you're scared, or make a move for a kiss when the time is right. Attend a midnight screening of The Evil Dead or The Rocky Horror Picture Show to behold the power of the social movie-watching experience. Virtual reality lands on the wrong side of this social experience. You put on the goggles alone, you enter a black box alone, and you emerge alone. Pass your headset to your friend and do something else until she's done. That does not a Game of Thrones party make.

That's not to say that there is no social aspect to virtual reality, of course. But for scripted entertainment, the only real parallel would be the book club. Like VR, reading is solitary and personal, but discussions about it can be a highly social experience.

But the notion of book-club-level discussions about scripted VR entertainment presupposes that it is of such substance and quality to merit them. And herein lies the second hurdle for scripted VR: We just don't know how to tell those stories yet. VR is very different from what any writer, director or cinematographer is used to, because the viewer can direct her attention in a 360-degree space, away from center stage. Not only does she have the freedom to do that, but she has an actual incentive to look away -- why else would this story be told in VR if there weren't things to look at all over?

It is simply no longer a given that a director has the audience's attention focused on a stage. This renders classic cinematic tools such as cuts, pans and zooms obsolete. Strictly speaking, these techniques are not required to make a film. It's entirely possible that an auteur director can find a way to work with these limitations to create something artful, like Alexander Sokurov's Russian Ark (2002) -- filmed with one single Steadicam shot through 33 rooms of a museum. But this kind of challenging, experimental film is not for everyone -- and even Sokurov needed to contend with the fact that the viewer could look away at any moment.

For now, it's no coincidence that the best-scripted VR experiences are much less like television and far more like stage plays. But again, with stage plays, the director expects you to look at the stage, not goggle around the entire venue looking for off-shot content. This problem is clear in Defrost. You are in the point of view of the awakened patient. Your family has changed during the years you've been asleep, and now you've been reunited again. It should be a powerful emotional moment. But you can't help but wonder what you're missing. Turn around and look behind you -- shut up for a second, long-lost husband and kids -- and, yep, there's Carl Weathers standing there, breathing. Watch other people watching Defrost -- they'll invariably hunt around the room, searching for more content. It's like seeing theatergoers scanning the aisles for hidden scenes during the climax to Romeo and Juliet.

This is not to say that scripted entertainment in VR is impossible. A good example is Wild: The Experience, a 2015 piece that spun off the Reese Witherspoon movie Wild. You are seated in a forest grove and are encouraged to look around and contemplate your natural setting as her character, Cheryl Strayed, slowly walks toward you. She sits and you watch, and then she looks past you. Her gaze draws your attention and you turn -- suddenly her mother is behind you. They have a conversation. You are an observer. And then they leave. You're left on a stump, and if you look around, you might see that -- spoiler -- a little fox has approached you. That's it, but it's memorable and it's moving. Wild: The Experience works because it embraces VR -- it makes use of user-driven, interactive discovery to propel the narrative experience.

Unlike in Defrost, exploring is a key part of Wild: The Experience. Wild is, essentially, a type of video game, not too dissimilar from non-VR exploration titles like Gone Home and Firewatch. In these experiences, the story is discovered and "scripted" together with the viewer through interaction -- it does not unfold before them on a stage.

These game-like virtual worlds also create an opportunity to experience the story simultaneously with other players. I can imagine an animated, "multiplayer" version of Wild: The Experience. One told using exploration and the language of video games, instead of cuts and zooms, where you and your friends could explore and discover the story together. This would solve both of the problems with scripted VR -- it would not force the viewer to watch a stage, and it would create a new kind of social experience, unique to virtual reality. As a writer, this is the kind of exciting "scripted entertainment" that VR offers. It's just that the script has less dialogue, more emphasis on "found documents," and only a handful of actors. It is entertainment that fits the medium -- though it's unlikely that this is the future Hollywood envisages.

In this article: av, defrost, entertainment, movies, scriptedvr, virtualreality, vr, wild
All products recommended by Engadget are selected by our editorial team, independent of our parent company. Some of our stories include affiliate links. If you buy something through one of these links, we may earn an affiliate commission.