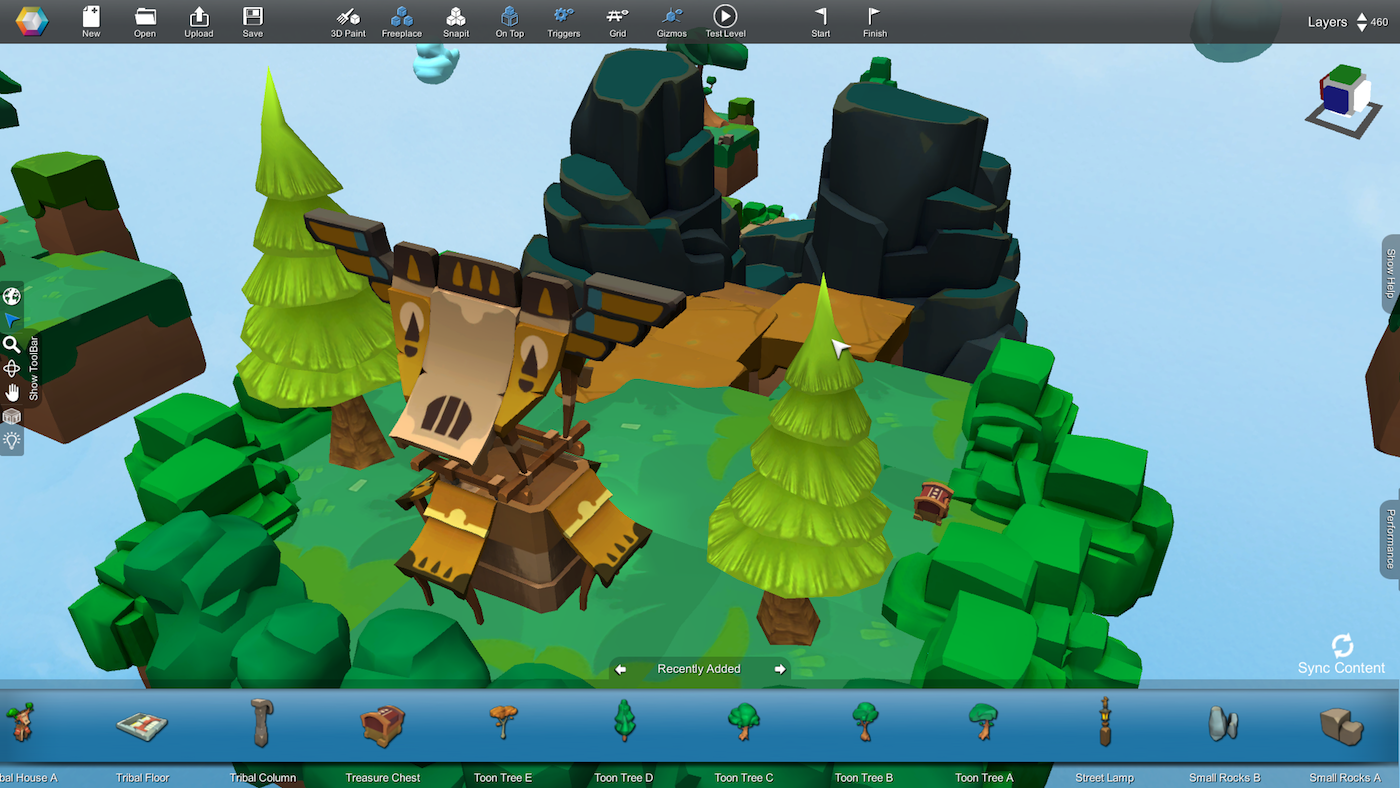 My most recent virtual reality experience was created by a 9-year-old. That's according to Martin Repetto, CEO of Voxelus, a platform that lets you build, share and play your own VR games. As I roam through this Minecraft-like world, steered by a Gear VR headset, Repetto tells me that a kid is the one who designed what I'm seeing. But for Voxelus, which launched last year at the Oculus Connect 2 conference, there's a clear goal: to let anyone, young or old, make VR games without a single line of code. At GDC 2016, Voxelus is expanding on that idea by offering a marketplace, something that Repetto refers to as the missing piece in his company's ecosystem. As it stands, Voxelus' free software is available for Mac and PC, giving people an open canvas to design games for virtual reality. These are compatible with both Gear VR and the Oculus Rift, meaning you don't have to worry about making different versions for each system.

You can also keep polishing your games even after you've made them available on either platform, and creating a world is easy as dragging and dropping items into a sandbox. Naturally, given the aesthetics of the platform, I asked Repetto if Voxelus was inspired by Minecraft, to which he replied with a strong "no." That said, Repetto notes there's a lot to learn from Microsoft's open-world title, adding that his team's intentions are to "have a sandbox with a meaning." He says, "Minecraft controls the aesthetics, [with] Voxelus you can go above and beyond."

According to Repetto, 400 worlds have been created to date using Voxelus, featuring multiplayer elements and 3D worlds like the few pictured above. Given that its software is free, Voxelus had to find a way to bring in revenue, and that's where the newly announced marketplace comes in. To simplify this process, the startup also created its own cryptocurrency, which developers are able to use to purchase any of the 7,000 VR assets available so far, including bridges, castles, houses, trees, spaceships, teleporters and more.

Repetto describes Voxelus as Clash of Clans for VR, but he says the platform, and the games born out of it, aren't meant to compete with the AAAs of the industry. "[We] just want to make something for people to play and have fun," he says.

In this article: Cryptocurrency, design, GameDevelopersConference, gaming, GDC, GDC2016, Minecraft, VirtualReality, Voxels, Voxelus, VR
All products recommended by Engadget are selected by our editorial team, independent of our parent company. Some of our stories include affiliate links. If you buy something through one of these links, we may earn an affiliate commission.