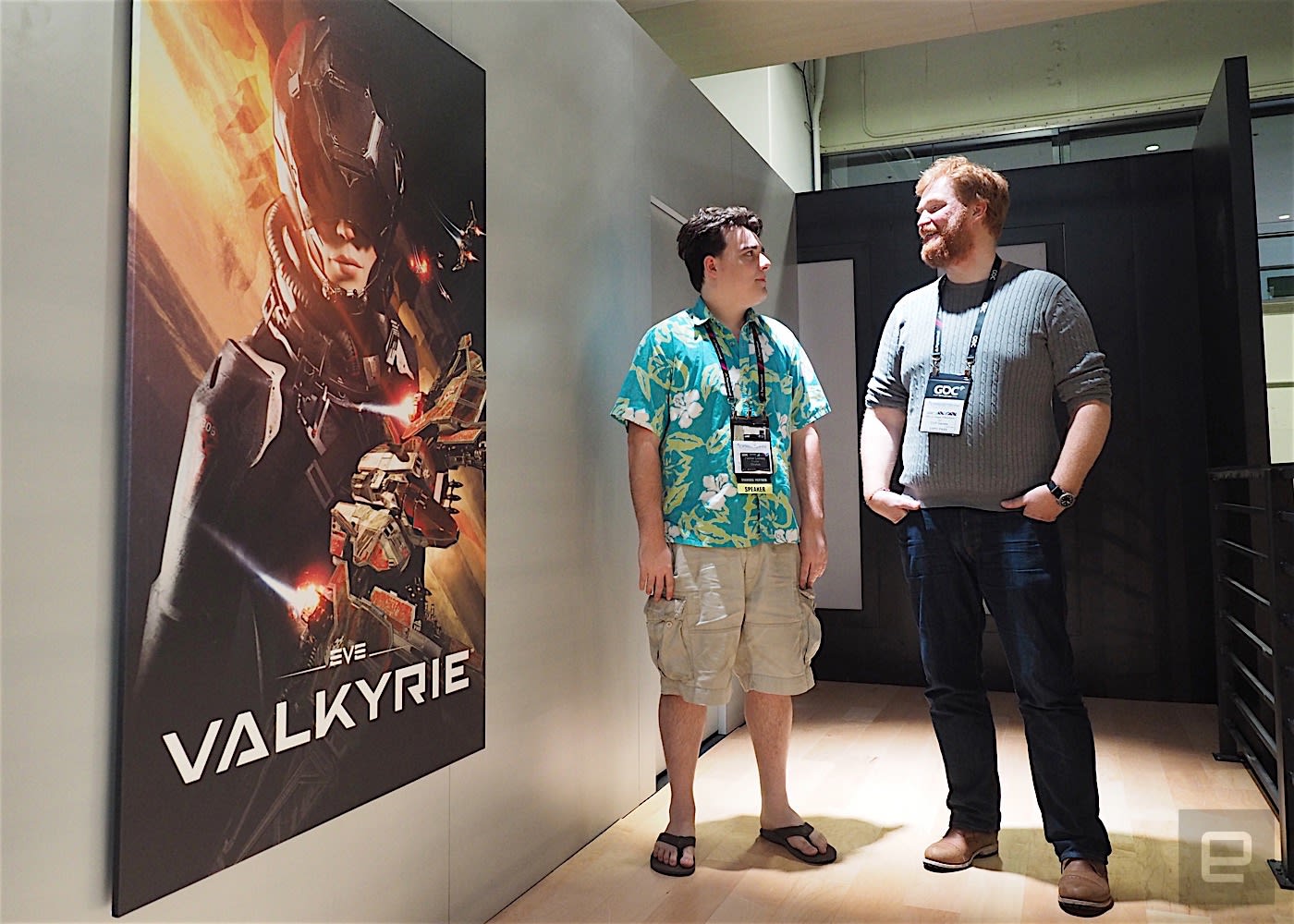 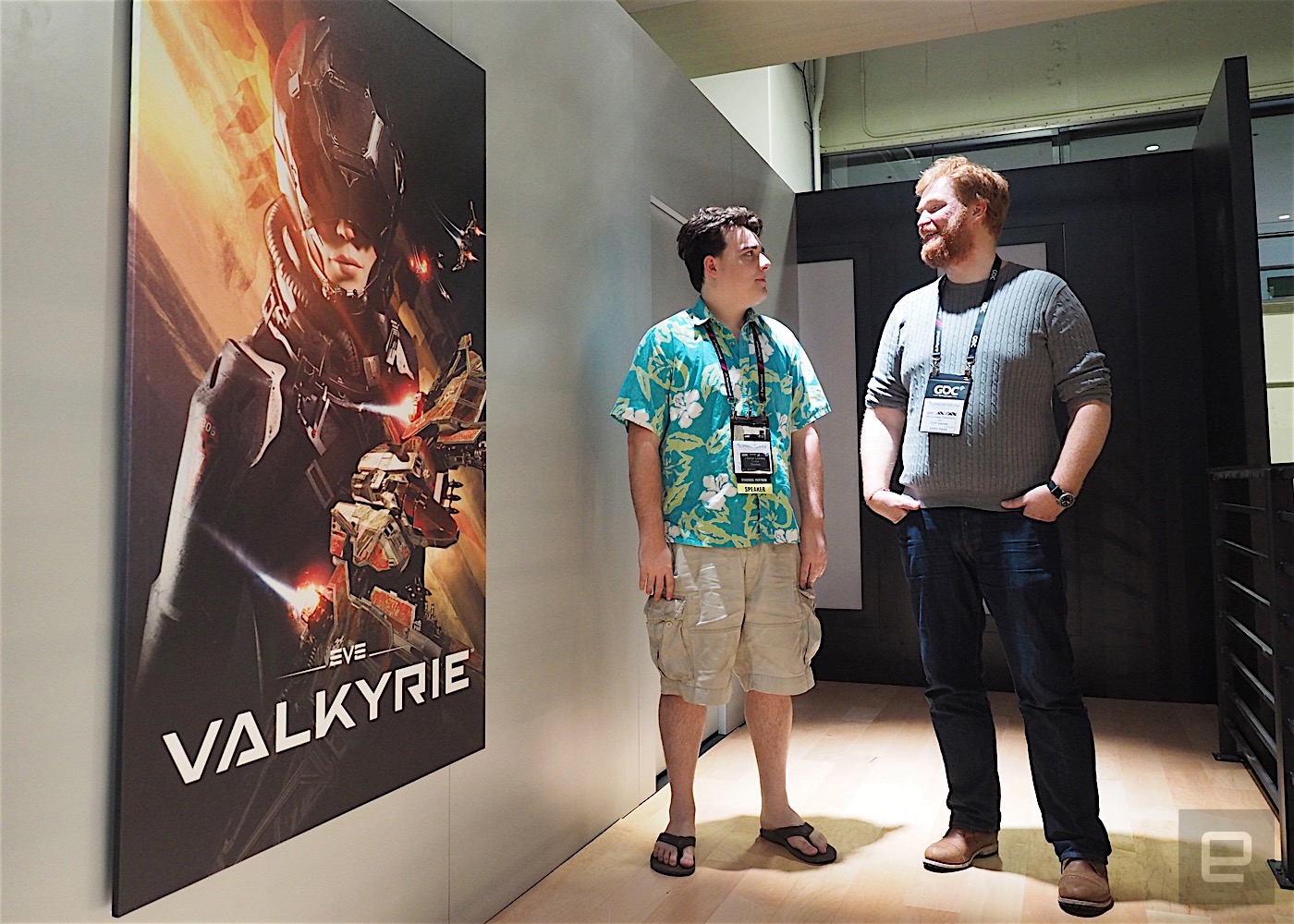 Bundled along with every Oculus Rift kit is a copy of Eve: Valkyrie, a multiplayer dogfighting shooter. So as soon as you take the headset out of the box, you'll be able to strap it on and jump right into an epic space battle (after going through a bit of setup, of course). "There'll be very few people who buy the rift and don't at least try it,' said Palmer Luckey, Oculus co-founder and CEO, at a journalist roundtable at GDC 2016. We had a chance to play a session of the game with Luckey as well as CCP Games CEO Hilmar Veigar Pétursson, and talked to them about the Rift, motion sickness, those Touch controllers and where VR is going moving forward.

My experience with Valkyrie was pretty similar to what my colleagues Nathan Ingraham and Aaron Souppouris had last year. Getting launched into empty space with a boost rocket was simultaneously surreal and wonderful, and I needed to get used to looking around my surroundings simply by turning my head. Soon, however, I figured out that I could just look at a target to hone in a missile launcher and quickly got the hang of maneuvering my vehicle. Still, flying around in 3D space was pretty disorienting and I found myself "upside down" several times, giving me a tiny bit of vertigo.

"We've attuned the flight model to be super comfortable," said Pétursson, adding that the team has worked pretty hard to keep motion sickness to a minimum. "It helps that you have a fixed cockpit that's in a relative motion point," said Luckey. As for issues of fatigue, Pétursson says that they've already seen players wear the headset for over 12 hours in a single session. "You should be able to use it for long periods of time without any issues," said Luckey. "In our experience, people don't stop playing because of any problem with the headset." I also thought gameplay was pretty quiet, but Luckey assures me that in real-time multi-player settings, it can get pretty smacktalk-heavy. 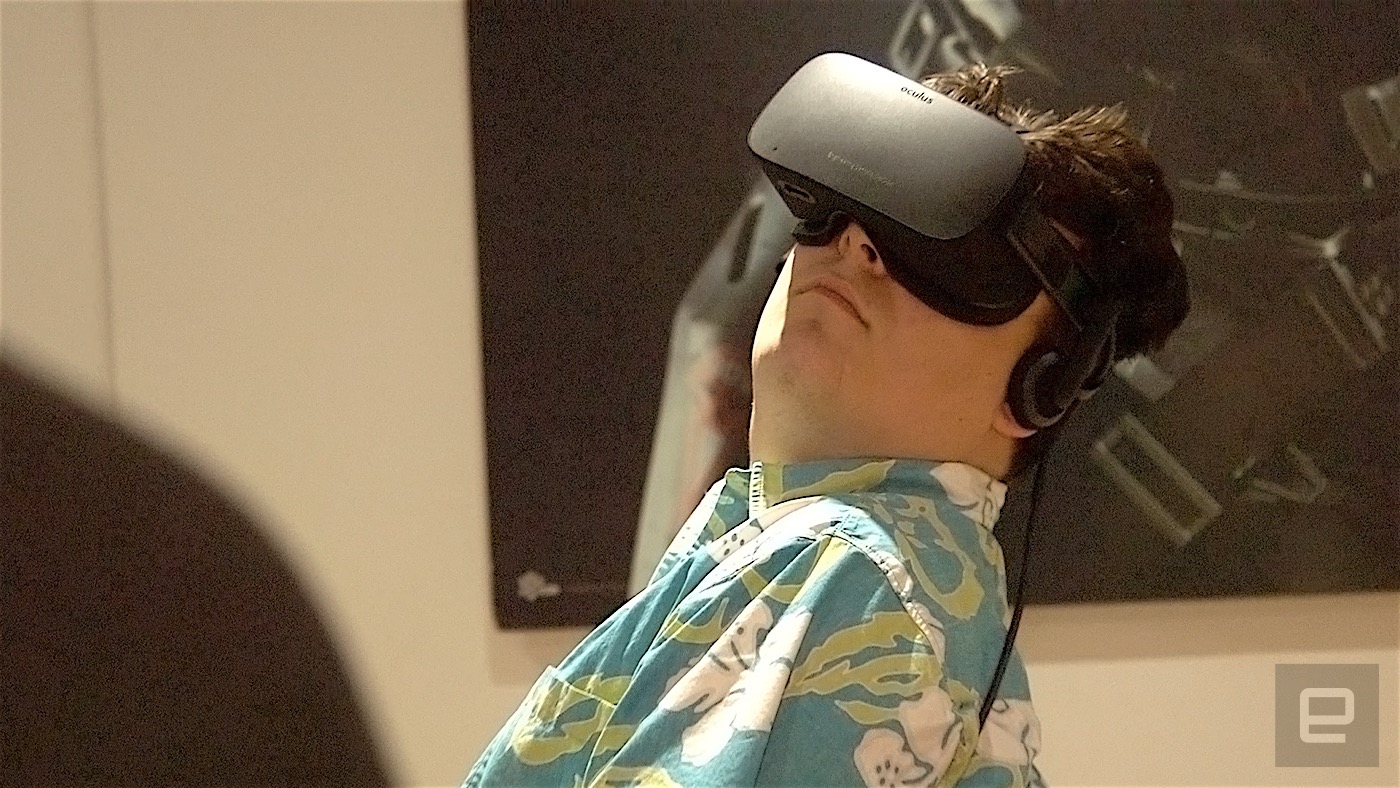 Of course, Eve: Valkyrie is only one game that'll be ready for launch; there are actually 29 others that will be available on March 28th, the same date that the first Rift units will ship. But while the roster of launch games for the Oculus Rift is an impressive one, what's missing are titles that make use of the Touch, the controllers that lets you use your hands in games. That's because the Touch is only shipping later this year -- second half of 2016, to be exact (though if you pre-ordered the Rift, you'll be first in line to get it).

This, according to Palmer Luckey, was deliberate. "We never planned on launching Touch with Rift," said the Oculus founder and CEO. "We'll have a very strong Touch lineup later this year." Instead, he wanted the Rift's launch to be focused on the folks who worked hard to develop games with the traditional gamepad. He said he didn't want to force people to get a controller that not everyone would want and that he'd rather have a richer roster of Touch-compatible games ready to go. Still, it's my opinion that the addition of hand movement is what makes VR really compelling (see the HTC Vive), so Oculus might want to hurry up the Touch launch a bit.

"People talk a lot about 2016 being the year of virtual reality," said Luckey. "To a degree that is going to be true. But it's not going to be all of a sudden everyone in the world is using virtual reality, or even that all gamers are using VR. There is going to be an adoption curve over time starting with more early adopters and PC gamers that own or are willing to buy a high-end PC." 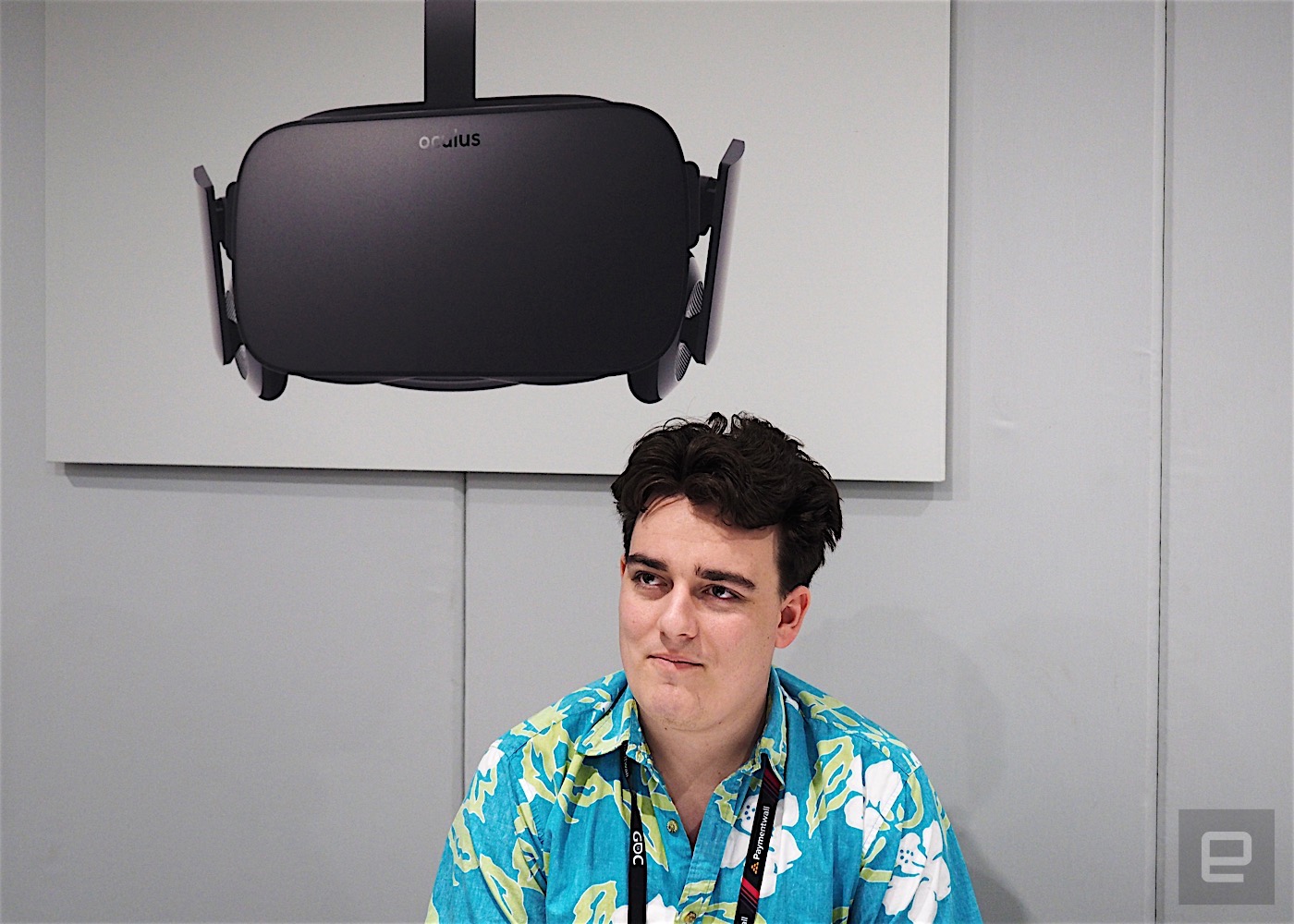 Pétursson adds that 2016 is really more of a Year Zero in the VR timeline. Indeed, Luckey says that it's really a multi-year process, as hardware gets cheaper and lighter, and as VR's audience gets larger. So when will we see the next Rift? How often will the hardware be refreshed? "I can't say, but somewhere between a phone and a console."

"We've said in the past we're not going to get a billion headsets on our own," he said. "Eventually there'll be a lot more headsets supported by our ecosystem."

In this article: evevalkyrie, facebook, gadgetry, gadgets, gaming, gdc2016, gear, oculus, oculusrift, palmer, palmerluckey, personal computing, personalcomputing
All products recommended by Engadget are selected by our editorial team, independent of our parent company. Some of our stories include affiliate links. If you buy something through one of these links, we may earn an affiliate commission.