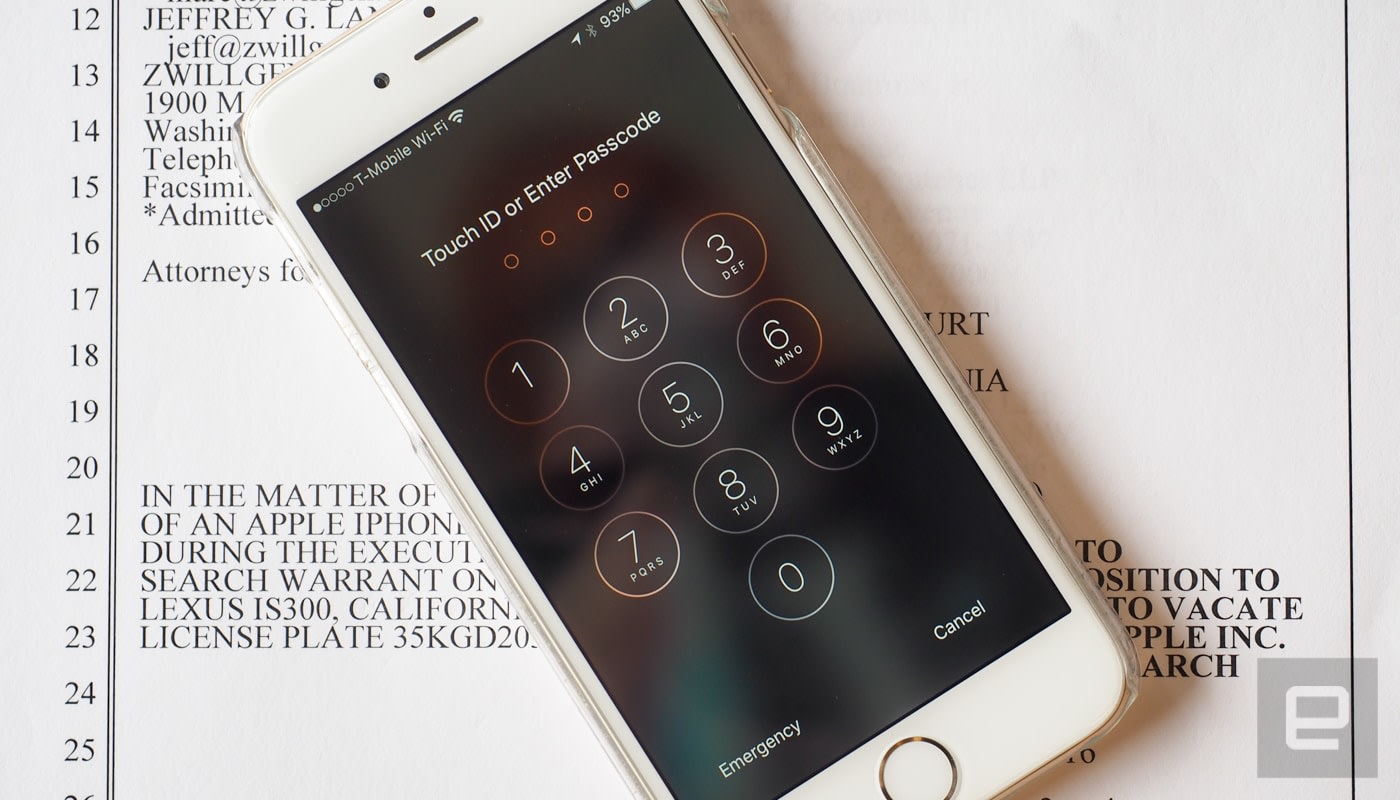 The Department of Justice just asked the courts to vacate tomorrow's hearing with Apple concerning the iPhone of San Bernardino shooter Syed Rizwan Farook. Apparently, the FBI will use alternative methods to get into the locked phone without Apple's help.

In a document filed with the courts, the DoJ states:

On Sunday, March 20, 2016, an outside party demonstrated to the FBI a possiblemethod for unlocking Farook's iPhone. Testing is required to determine whether it is available method that will not compromise data on Farook's iPhone. If the method is viable, it should eliminate the need for the assistance from Apple Inc. ("Apple") set forthin the All Writs Act Order in this case.

This doesn't mean this is over. The DoJ proposes filing a progress report on its tests to unlock the iPhone with the courts on April 5. If the method doesn't work, it's probable that Apple and the FBI will be in court at a later date arguing the merits of unlocking that phone.

The government would not name the party that could potentially unlock the phone. It did note that the individual or group is not part of the government.

Magistrate Judge Sheri Pym has scheduled a conference call this afternoon with both parties about the government's motion to vacate tomorrow's hearing. Judge Pym might still ask Apple and the DoJ to show up to tomorrow's hearing.

Apple and CEO Tim Cook have spent the last month making its case that this is not only a undue hardship on the company to create what it called a GovtOS, but more importantly, an over-reaching use of the All Writs Act and a violation of the company's first amendment rights. Between motions and briefs, Apple has spoken with reporters multiple times and Tim Cook has appeared on ABC News to explain the company's position. At the start of today's iPhone event, the Cook talked about the ongoing case.

The DoJ and FBI Director James Comey have contended that this is about a single iPhone that may (or may not) have information that could result is thwarting future terrorist attacks or give insight into whether Farook conspired with members of ISIS.

Update: Tomorrow's hearing has been vacated by the courts. It will have to file a status report on April 5.

The Court has reviewed the government's Ex Parte Application for a Continuance. GOOD CAUSE HAVING BEEN SHOWN, the Court hereby ORDERS that the hearing in this matter set for March 22, 2016, at 1:00 p.m. is vacated, and the government is ORDERED to file a status report by April 5, 2016.

In this article: apple, DOJ, FBI, gear, mobile, politics, Sanbernardino, security
All products recommended by Engadget are selected by our editorial team, independent of our parent company. Some of our stories include affiliate links. If you buy something through one of these links, we may earn an affiliate commission.