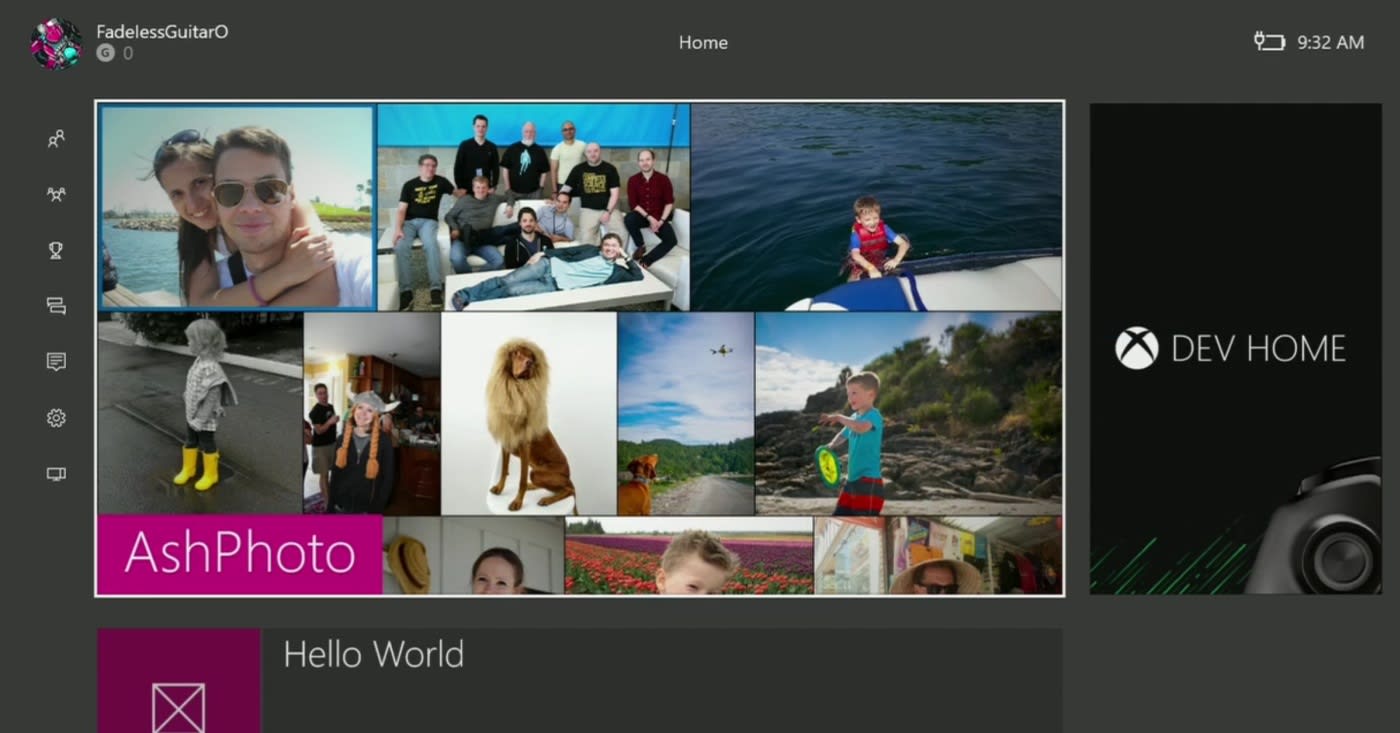 The dream of turning your Xbox One into a software development kit is finally real. Xbox chief Phil Spencer announced today during today's Build keynote that the process will be pretty simple, too. Essentially, you just download the Xbox Dev Mode app, register as a developer and that's it. From there, you can swap back and forth between a retail game and whatever app you're working on, be it a game or something else.

Microsoft's Ashley Speicher demoed a photo editing app on stage at the keynote, where she was able to add a chat bubble and text to an adorable image of a thick-maned dog, simply using her voice and Kinect. It looked way easier than trying to use an onscreen keyboard. But, given how temperamental Kinect is for voice recognition, how well that will fare in the wild could be an absolutely different story.

Bringing the developer kit to Xbox One "isn't just a hobby, it's a commitment to empower every developer on the planet," Spencer said. There's a preview version available starting today, but Microsoft's indie-developer-minded Chris Charla told Polygon that you might run into some issues if you're playing around with it right now.

Spencer also mentioned that the Windows Store and Xbox Store will merge bringing things like season passes together with Cortana running on Xbox One. Oh, and playing music in the background will also be possible after the so-called Anniversary Update arrives this summer. Further, Microsoft has developed tools that can turn old games like Age of Empires II HD into cross-platform apps. Hey, alright!

The future Spencer hinted at previously, about forward compatibility and backward compatibility being a focus for Windows 10 gaming, is actually coming to pass. Of course, how this all will work outside of the controlled environment demonstrated onstage today remains to be seen. Given how simple things like Xbox game streaming to Windows 10 PCs works, though, there might not be much reason for concern.

In this article: av, Build2016, gaming, microsoft, sdk, universalwindowsapps, windows10, xbox, xboxone, xboxonedevkit
All products recommended by Engadget are selected by our editorial team, independent of our parent company. Some of our stories include affiliate links. If you buy something through one of these links, we may earn an affiliate commission.