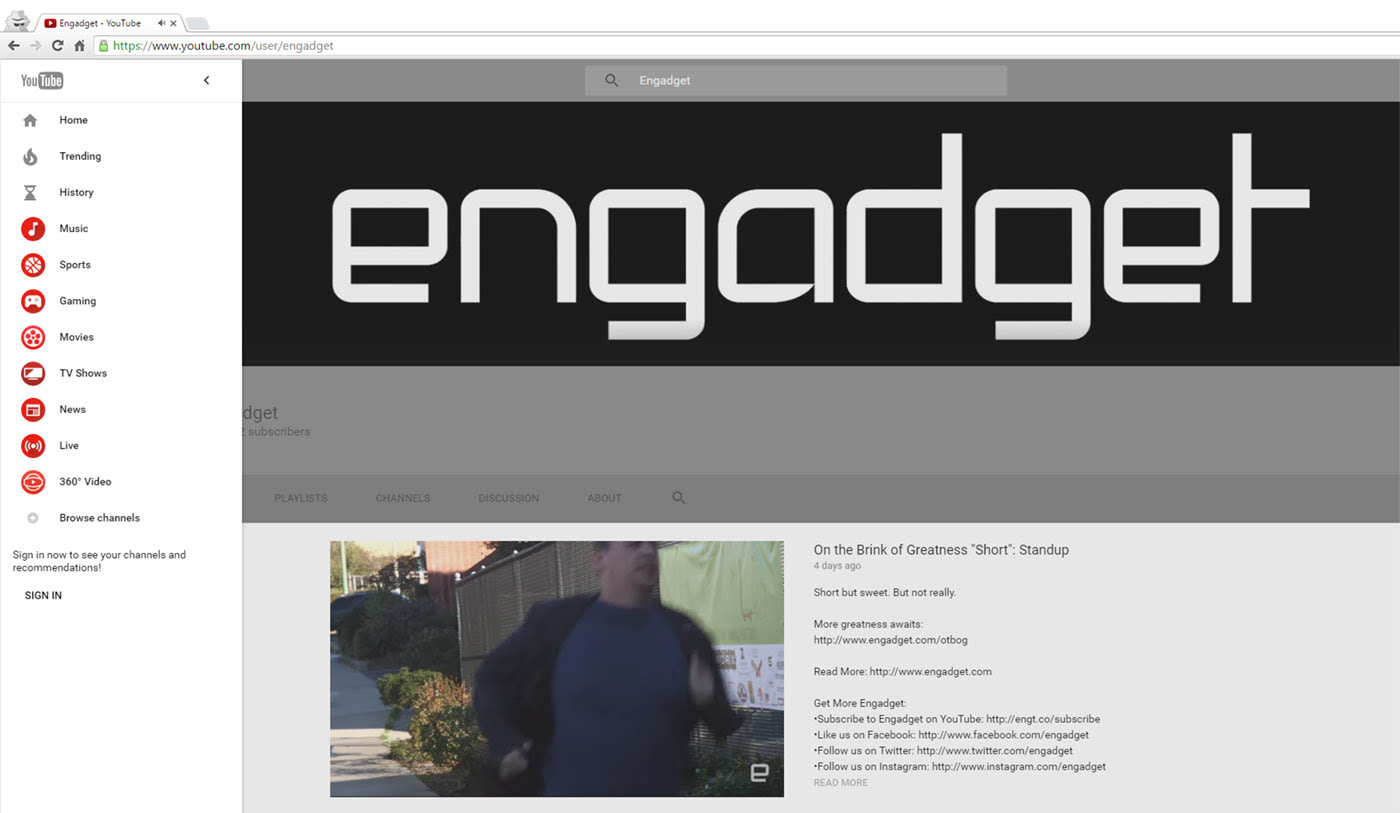 YouTube's basic design hasn't changed a lot over the years, but it could get a major cosmetic upgrade soon. Commenters on Reddit's YouTube forum discovered a new Material look that would bring it in line with the latest version of Chrome OS and Android Marshmallow. It's hidden in YouTube's code, but it's possible to unlock it from the Chrome browser's developer tools, as shown at the top of the Reddit discussion. As noted, you'll need to either sign out of your account or try it from Chrome's incognito mode. Compared to the current design, the new layout has less text and clutter. Instead, there's a flatter design focused on icons and images, with more color and white space. For instance, our own Engadget channel has a much larger main logo, and it's a bit easier to find channels, videos and other content. The player itself, however, remains unchanged. The new feature is obviously meant for internal testing, so there's no way of telling when, or even if, Google will launch the new design as is. In the meantime, we've reached out for more info.

Via: The Verge
Source: Reddit
In this article: Chrome, culture, Engadget, google, Google Chrome, Google Chrome OS, internet, Layout, MaterialDesign, Reddit, YouTube
All products recommended by Engadget are selected by our editorial team, independent of our parent company. Some of our stories include affiliate links. If you buy something through one of these links, we may earn an affiliate commission.