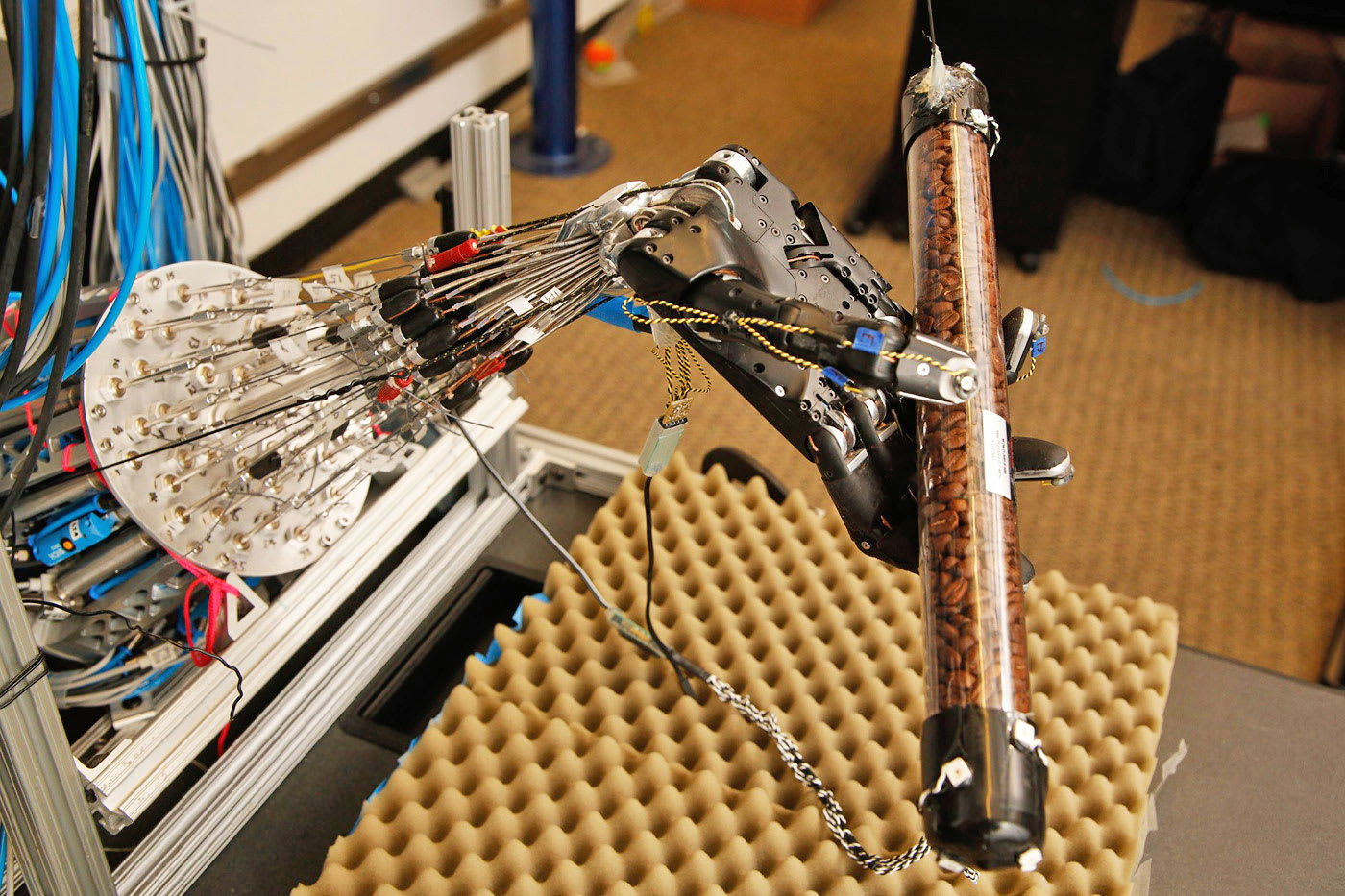 Robots can (usually) walk or roll around just fine, but hand control has often proven elusive: it's hard to give them the same kind of finger dexterity as a human. However, University of Washington researchers just got much closer to fulfilling that dream. They've built a robot hand that is not only dextrous enough to spin objects (such as the tube of coffee beans you see above), but learns how to do this on its own. Its algorithm gradually discovers what works and what doesn't -- give it enough time and it'll go from clumsy to reasonably skilled.

As you'll notice in the clip below, the hand isn't very quick right now. You're not about to see robot band leaders twirling batons. There's also a big difference between a disembodied hand and dealing with a whole body that requires much more coordination. This beats old-school claws and pincers any day, though, and it's an important step toward robots that adapt to their environments instead of mimicking existing behavior.

Via: Wired
Source: Vikash Kumar
In this article: adroit, ai, artificialintelligence, hand, machinelearning, robot, robotics, robots, science, TL16RBTHMN, universityofwashington, video
All products recommended by Engadget are selected by our editorial team, independent of our parent company. Some of our stories include affiliate links. If you buy something through one of these links, we may earn an affiliate commission.