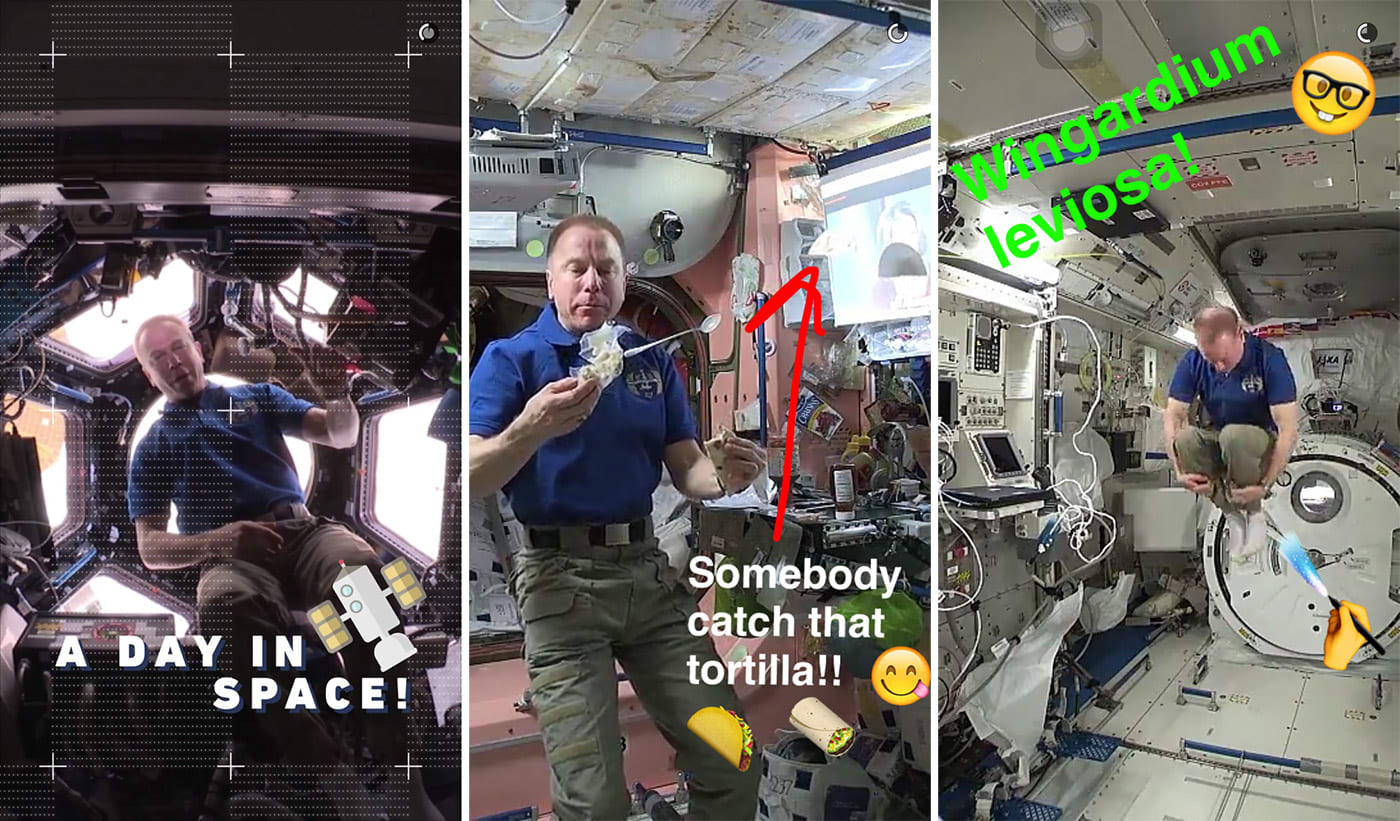 NASA hasn't exactly been secretive when it comes to activities aboard the space station, but seeing astronauts living the dream is something else. To celebrate the ISS' 100,000th orbit around our planet since it launched in 1998, the agency has teamed up with Snapchat to show the crew's daily life through Live Stories. Expedition 47 commander Tim Kopra hosted the space-themed series, with short videos showing him eating a tortilla (a favorite among the astronauts, apparently), rolling around in mid-air and talking about their experiments, among other things.

Kopra replaced Scott Kelly as the ISS commander when the latter stepped down after spending a year in space. If you still haven't figured out Snapchat -- and there's no shame in that -- you can access Live Stories by clicking the hamburger menu at the bottom right of the app's interface. This takes you to a new tab where you can search for NASA's account. Add it, and you'll be able to watch the agency's "Day in Space" videos anytime.

Via: Techcrunch
Source: NASA (Twitter)
In this article: iss, livestories, mobile, nasa, science, snapchat, space
All products recommended by Engadget are selected by our editorial team, independent of our parent company. Some of our stories include affiliate links. If you buy something through one of these links, we may earn an affiliate commission.