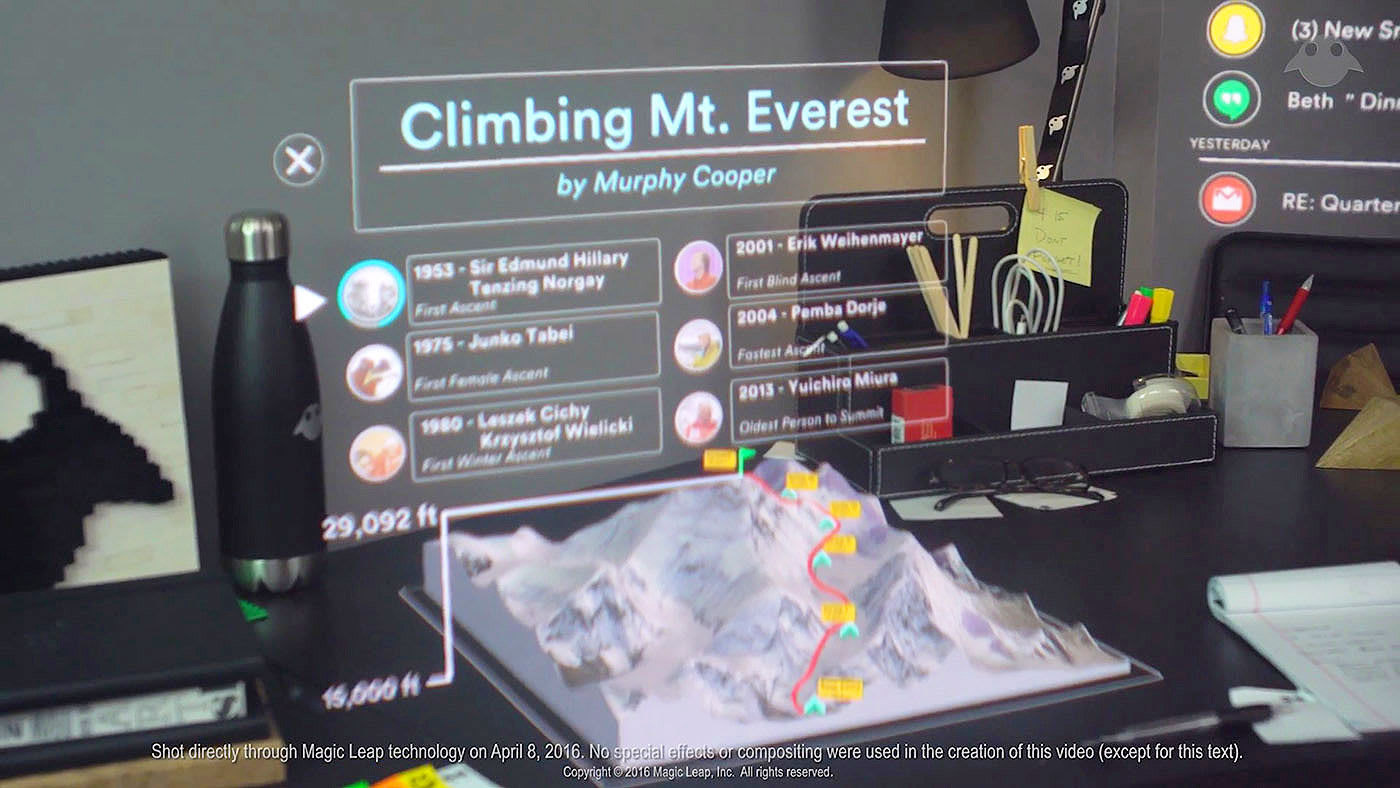 We still don't know all that much about super-secret mixed-reality startup Magic Leap. But today we learned that it will be partnering with communications company Twilio to make chatting with holographic-looking versions of your friends and family eventually happen.

Twilio CEO, Jeff Lawson was joined onstage via telepresence robot by Magic Leap CEO, Rony Abovitz who said that the companies will be "working to integrate what I think are amazing services and components for communication." The two companies also announced that 10 lucky developer teams in the Twilio community will have a chance to build for the mixed-reality hardware via an SDK.

The companies and developers will have to deal with some pretty expectations. For example, while addressing the Twilio Signal conference audience, Abovitz talked about an image that shows a mother virtually wishing her child a happy birthday. He said it's "almost like the spiritual essence of your mom is there. You can look her in the eye. You're talking in real time. This is absolutely the kind of thing we're going to be enabling at Magic Leap."

Of course like the actual release date of the yet-to-be-seen-by-the-public device, there's no word on when these developers will get to see Magic Leap. When asked by Lawson if device would be available to show off at next year's Signal conference Abovitz grinned and used both hands to switch between a thumbs up and thumbs down.

In this article: gadgetry, gadgets, gear, internet, magicleap, mobile, robots, services, signal, Twilio, wearables
All products recommended by Engadget are selected by our editorial team, independent of our parent company. Some of our stories include affiliate links. If you buy something through one of these links, we may earn an affiliate commission.