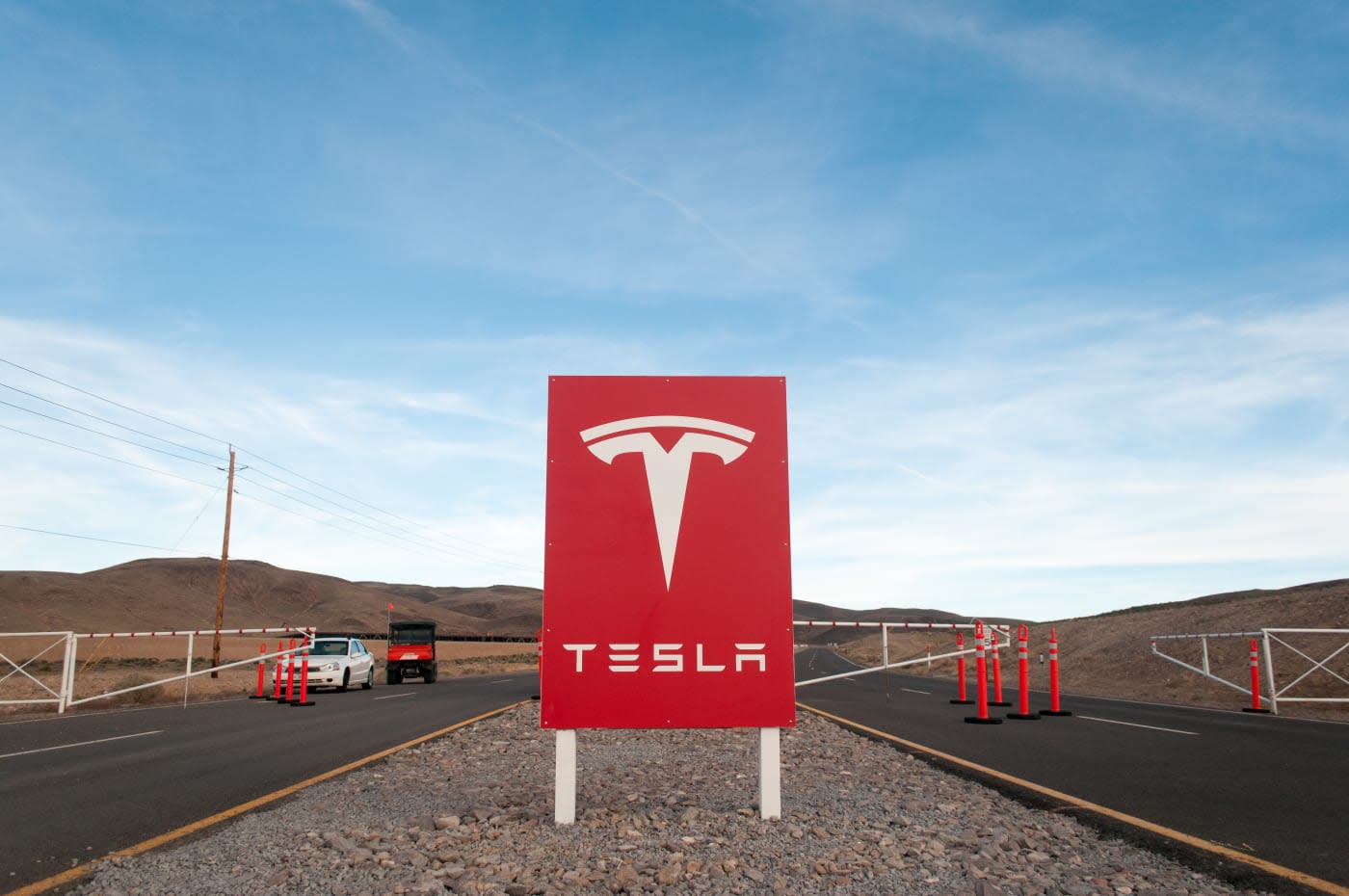 Tesla's sprawling Gigafactory has yet to kick into full swing, but that isn't stopping the electric car maker from giving its plant an official debut. It's inviting its biggest fans (including those who referred buyers) to a grand opening for the Gigafactory on July 29th, even though the Nevada facility is still well away from being finished. There's no mention of what's on the itinerary, although it's reasonable to suspect that this could be the first truly revealing, officially sanctioned peek inside the factory. Motor Trend got a tour in April, but mainly showed the outside.

The EV pioneer is certainly under pressure to show that the Gigafactory is ready for business. Tesla needs the building to start making car batteries soon if it's going to fulfill the flood of early Model 3 orders. On top of that, it'll want to show that its accelerated production plans (which have it making batteries for 500,000 cars per year by 2018) are realistic. The more confidence Tesla shows in its manufacturing, the more it reassures buyers and investors worried that the company's reach might exceed its grasp.

In this article: battery, electriccar, ElectricVehicle, ev, factory, gear, gigafactory, model3, powerwall, tesla, transportation
All products recommended by Engadget are selected by our editorial team, independent of our parent company. Some of our stories include affiliate links. If you buy something through one of these links, we may earn an affiliate commission.