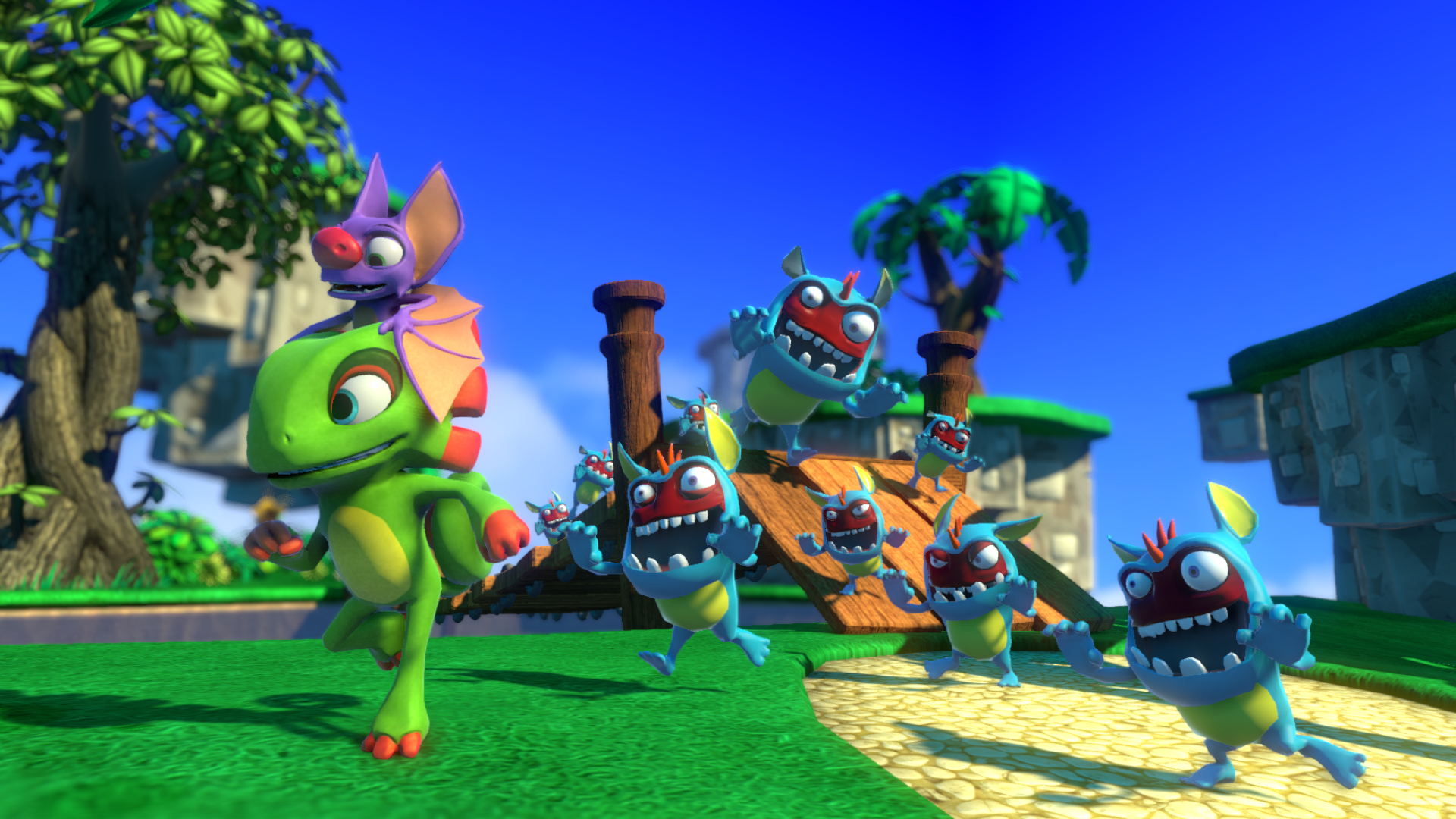 We've known about Playtonic Games' upcoming 3D platformer Yooka-Laylee for some time now, but it's finally getting some time in the spotlight during E3 2016 from June 14th through the 16th in Los Angeles.

Published by Team17 (Worms, Alien Breed) Yooka-Laylee is a colorful romp featuring the charismatic animal duo of Yooka and Laylee, a chameleon and a bat tasked with exploring Hivory Towers to stop the nefarious Capital B and Dr. Quack from taking all of the world's literature and turning it into profit.

The game will be shown off by appointment only at E3 ahead of its planned Q1 2017 release. Previously Playtonic had planned on shipping the game this October, but the team has decided on pushing the release back to 2017 in order to "add a few extra months' polish" to their schedule and release a better game overall.

"We're sure some will be disappointed by the prospect of a few extra months' wait, however the Playtonic team is confident that we've made the right decision for the game and that you'll be pleased with the results when the game arrives early next year."

Yooka-Laylee is planned for release on PlayStation 4, Xbox One, Wii U and PC.

Source: Playtonic Games
In this article: av, e32016, gaming, playtonicgames, Team17, YookaLaylee
All products recommended by Engadget are selected by our editorial team, independent of our parent company. Some of our stories include affiliate links. If you buy something through one of these links, we may earn an affiliate commission.