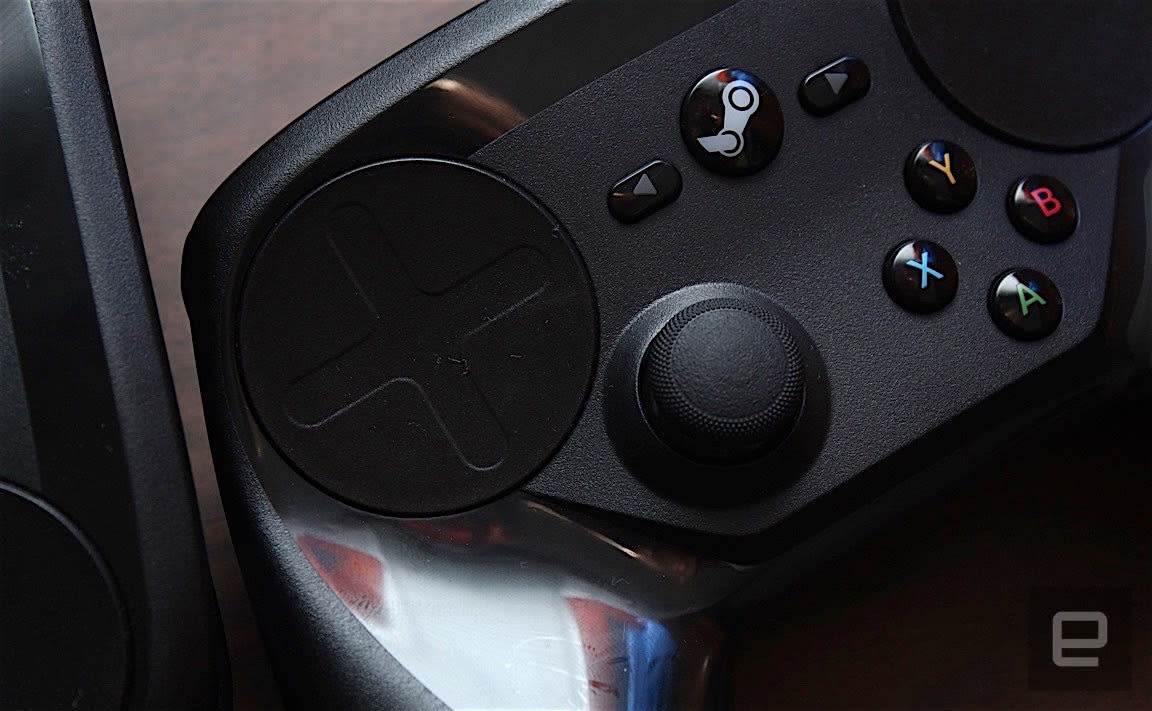 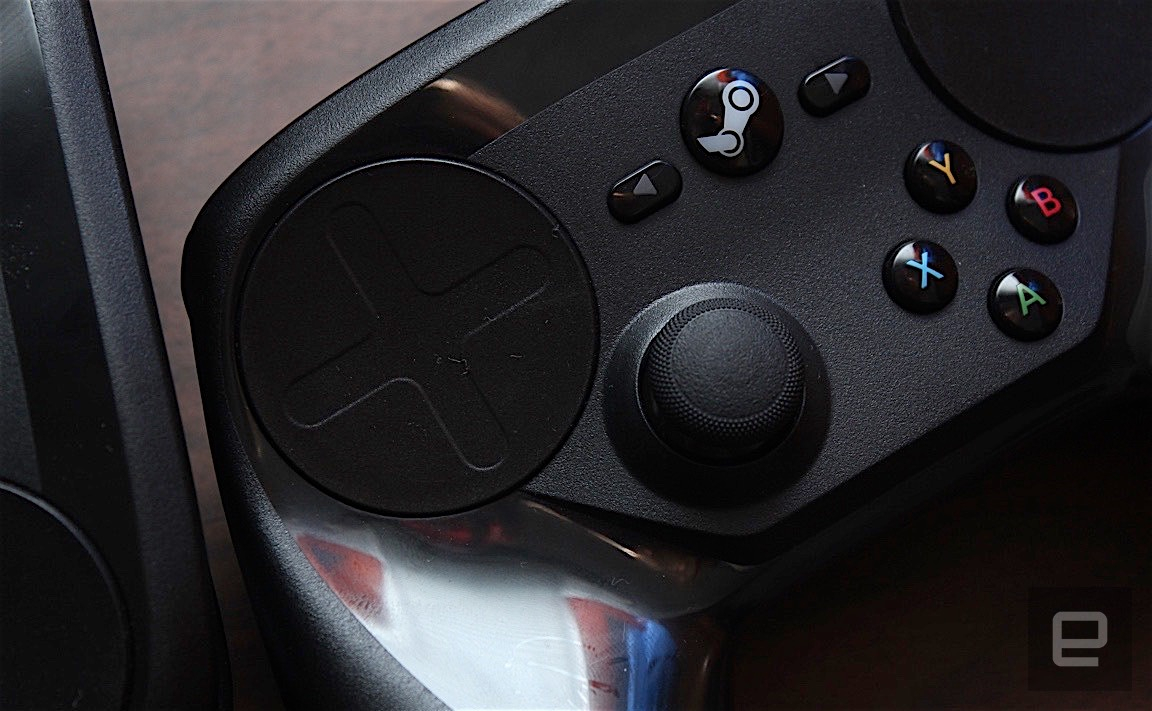 The gentle whine of the haptics, the new rumble support, those inner paddles that make toggling run and crouch so easy ... oh, and the one-click quick-save! I may be in the minority, but I love my Steam Controller.

The divisive Valve device has just cleared six months of existence. You may have dismissed it at launch, as most reviewers did, as being "weird." In the past half-year, though, it's found its groove among weirdos, modders and amateur tinkerers. My love for the controller has even begun to grow outside of gaming, and I've found that it's started to colonize my interactions with Windows in many surprising ways.

But of course, the controller is fundamentally a gaming device. In fact, many of my recent game choices have made been on the basis of how well they would work with the Steam controller. Doom has been a pure joy with the device (once you have the trackpad and gyro aiming set up to your liking). It's also become my preferred way to play point-and-click adventure games, or role-playing games like Pillars of Eternity, which I have been playing from my sofa. I've also spent time thumbing my way through strategy games like Europa Universalis (although not on a sofa because of the tiny-text problem).

The growing list of "configs" for the controller has produced some surprising applications -- for example, you can play Street Fighter V strictly with motion controls. Serious Rocket League players have the Steam Controller grips programmed for acceleration/brake and triggers for drift/boost. Cities Skylines has moved into the living room for many people. 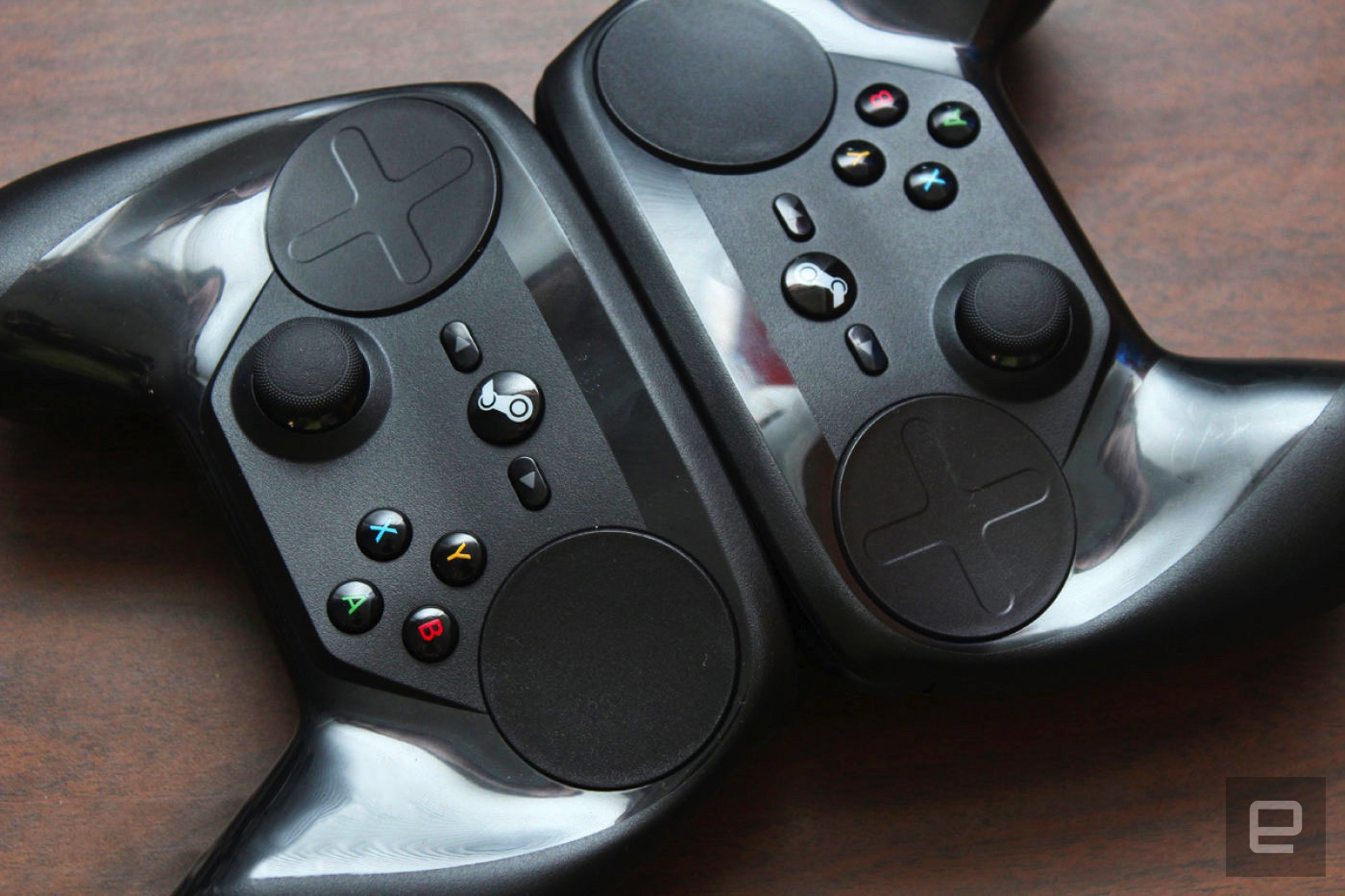 Yes, "configs" has been said a few times already in this piece. Yes, that means before you can play a game with the controller, you need to browse a number of configuration settings through Steam and find one that suits your style. Yes, it also means you that it doesn't end there: Once you find a config that works for you, it will no doubt need some tinkering. Yes, all of these things seem like obstacles to play. But configuring the Steam controller has become a surprising part of its appeal. It delivers the same kind of understated excitement you might get from assembling a custom gaming PC, or the kind of mild thrill that you might find in tweaking graphical settings to achieve the best image your rig can deliver. When you look at it this way, the Steam Controller is a fun new aspect of the PC gaming "meta." I spent over two hours tweaking controls, graphical settings and mods before I actually started to play Fallout 4. Was that gaming time wasted? Depends on your definition of wasted.

However, because of all of this, the controller undeniably still feels like a specialist device. The range of configs and modifications it now supports, following several updates, can be staggering. An example: Valve has now made it so the user can have complete control over all device inputs by allowing modification of the so-called activators, control how input becomes an output –- for example, an activator can make a long press of a button mean something different than a short press (a hop vs. a long jump, for example). Opening this up is like giving a new canvas to the active modding community. Not to mention that Valve has released the blueprint of the device into the Creative Commons for the true "hard modders."

But the good thing about specialist devices is that they spawn a community. For any Steam controller neophyte, finding a community to stay abreast of the latest configs, mods, updates and innovations will be a necessary step. The highly active, enthusiastic Reddit community is a great place to start. It's beginner-friendly, home to useful wikis for first-timers and even gives out prizes for users to create configs that are still needed for major games. It also publishes the "Five Stages of Acceptance" that all users go through when they first try out their alien device and immediately regret the purchase. (Take heart because in Stage 5, "Your hands are naturally jerking around in crucial moments tweaking the gryo mouse to get a perfect snipe, a perfect course correction, a major grip over your recoil.") Soon enough you'll discover other uses for the controller. I know people who use it in 3D modeling applications because of the precision of the gyro. I've started using it to interact with Windows more generally, particularly with Chrome. It also can work as a remote control for VLC and other video applications. And typing? Well, I wrote this entire piece using the Steam Controller keyboard interface. Just kidding: Typing is still a bit of a drag. The fastest I've seen someone brag about typing with it is 24 words per minute, just over half the average keyboard speed. (Don't worry, the community is working on a Dvorak virtual keyboard layout, which should speed things up.

There are other problems too –- in most cases, the controller is still bound to Steam, particularly the Big Picture Mode (which you'll need to minimize to access the rest of your desktop). Bugs abound, as well as seemingly random errors –- but these are natural for a piece of highly modifiable hardware that's expanding in surprising ways.

The defining quality of video games is interactivity. Though they are composed of beautiful digital images, the true art of a game is in the dialogue between the player and the software. The interface is the message. And for many, nothing will beat a gamepad, or the keyboard and mouse. I get that, but it's worth it if you have the $50 (on sale now!) to expand your interface horizons. If nothing else, it will make you think about games from a different perspective. But there's fun to be found in the configs, too.

In this article: av, editorial, gadgetry, gadgets, gaming, gear, opinion, steam, steamcontroller, valve
All products recommended by Engadget are selected by our editorial team, independent of our parent company. Some of our stories include affiliate links. If you buy something through one of these links, we may earn an affiliate commission.