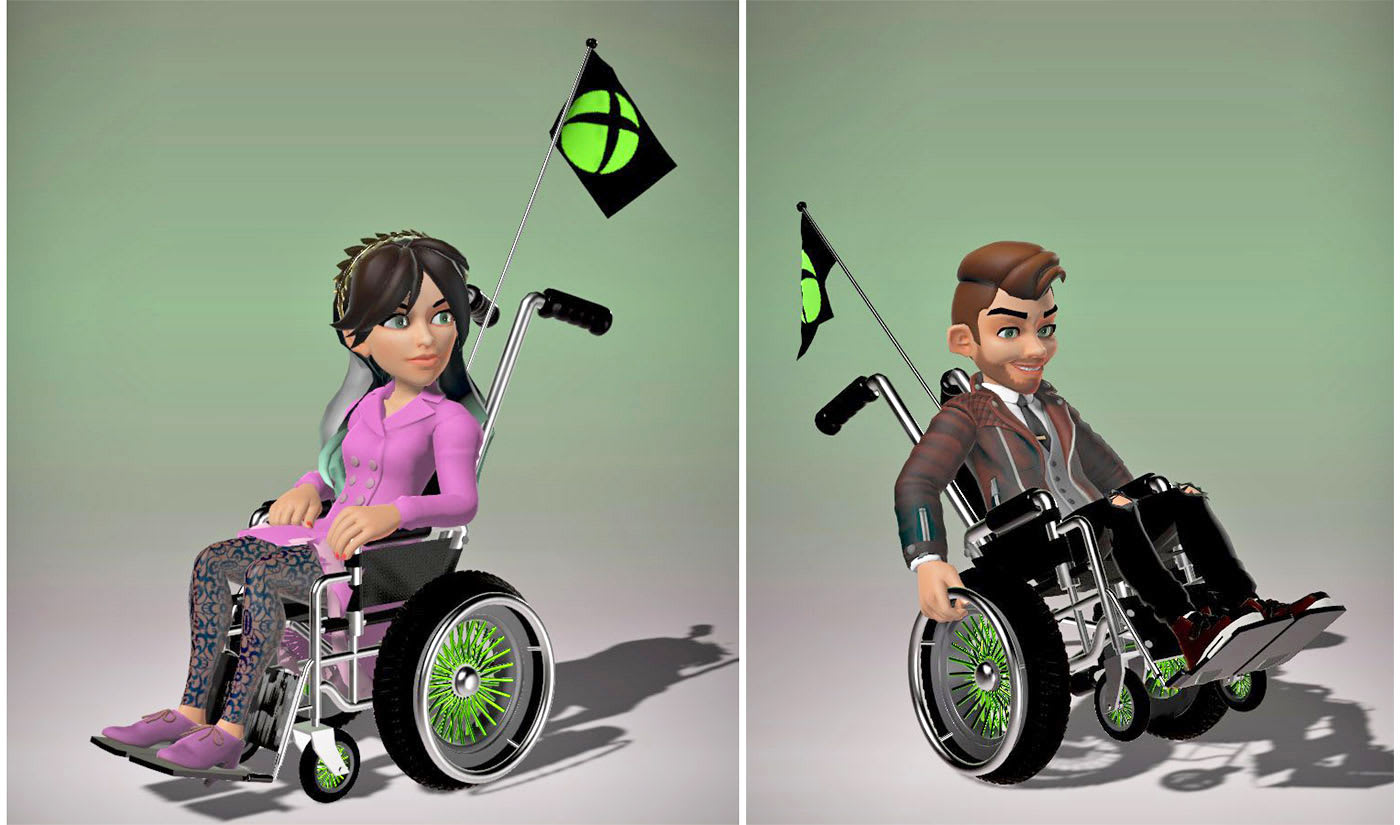 Accessibility doesn't just apply to the real world -- Microsoft's Phil Spencer has revealed that Microsoft will soon launch wheelchair avatars for Xbox Live. Following a user tweet suggesting that "wheelchairs might be relatively simple" to do, and another suggesting a petition, Xbox head Phil Spencer jumped in. "No petition needed, we hear you. This is something that we've already looked at, [and it's] not far off." Soon after that, Xbox Director of Program Management Mike Ybarra tweeted a "sneak peek" of two possible avatars.

Some sites, including Yahoo and Second Life, have offered wheelchair avatars since early in their histories. Sociologists argue that they're a powerful form of inclusion and a way for wheelchair-bound users to express their individuality. Despite being a popular part of Xbox 360, avatars were only recently brought back with the Xbox One Experience UI update. The renders above show more detailed avatars than the existing ones, so it could be a sign that an overall refresh is arriving soon.

Via: Videogamer
Source: Mike Ybarra (Twitter)
In this article: av, avatars, culture, gaming, internet, microsoft, wheelchair, xbox, xboxone
All products recommended by Engadget are selected by our editorial team, independent of our parent company. Some of our stories include affiliate links. If you buy something through one of these links, we may earn an affiliate commission.