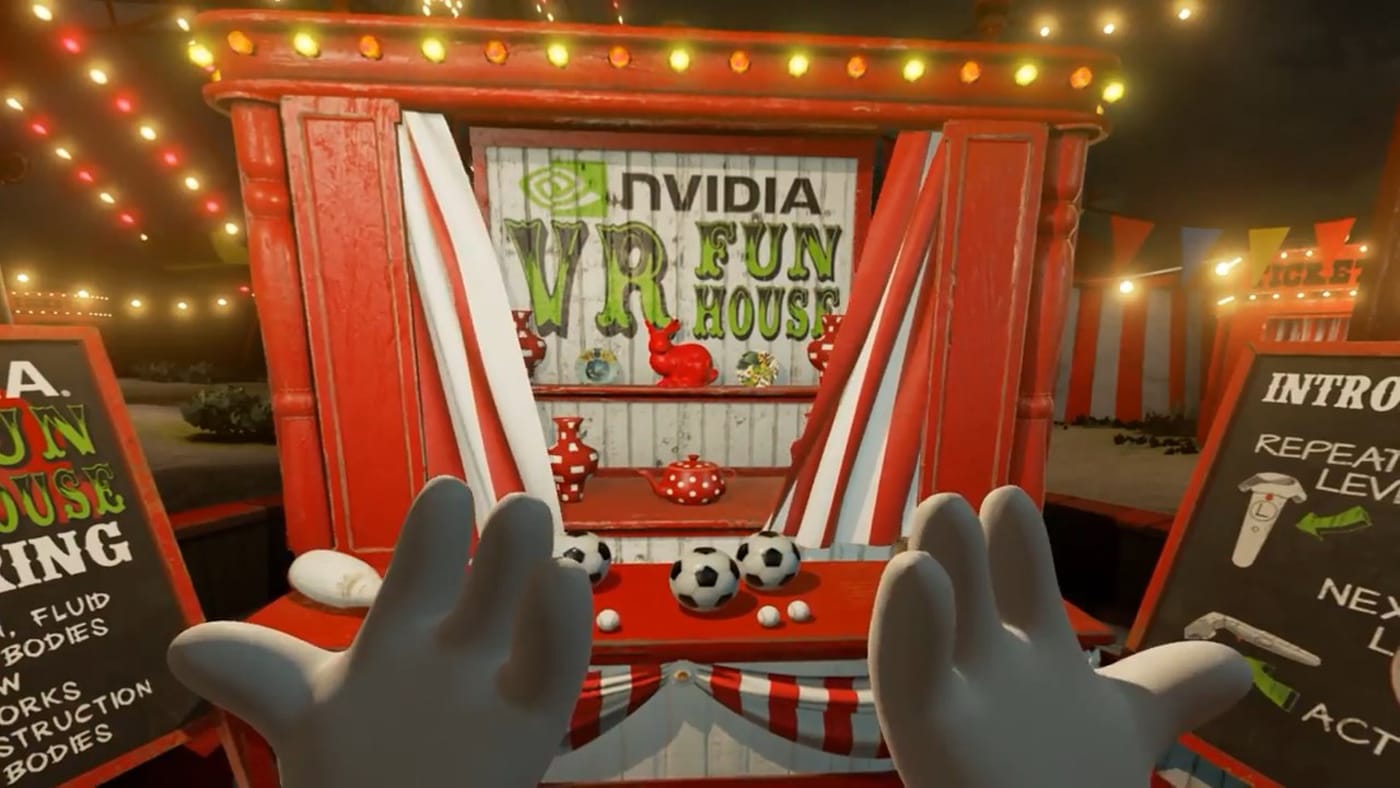 A few months ago, NVIDIA showed off a new virtual reality tech demo designed to showcase what its new graphics technology could do for VR. Today, it's releasing that demo to the public: VR Funhouse is a free, virtual reality carnival with collision-based haptic feedback, advanced physics simulation and a ton of other NVIDIA graphics technologies designed to make fire, hair, water and particles all look more real. All you need to play is an HTC Vive and a really, really powerful computer.

A high bar of entry is pretty normal for PC virtual reality right now, but VR Funhouse is aimed at machines with only the latest graphics technology. Specifically, NVIDIA recommends its GeForce GTX 1080, though users with a GTX 980 Ti, Titan X, 1060 or 1070 should be able to run the game on low-quality settings. That's a lot to ask for a carnival game. That said, VR Funhouse is less important as a game as it is a platform to show developers what NVIDIA's Gameworks technologies can add to the VR experience -- which is why the title will be open sourced later this summer. Either way, if your PC has the specs, fell free to check out NVIDIA's carnival. VR Funhouse launches later today on Steam.

Source: Steam, NVIDIA (1), (2)
In this article: av, gaming, geforce, gtx1080, htcvive, nvidia, nvidiagameworks, steam, steamvr, valve, virtualreality, vr
All products recommended by Engadget are selected by our editorial team, independent of our parent company. Some of our stories include affiliate links. If you buy something through one of these links, we may earn an affiliate commission.