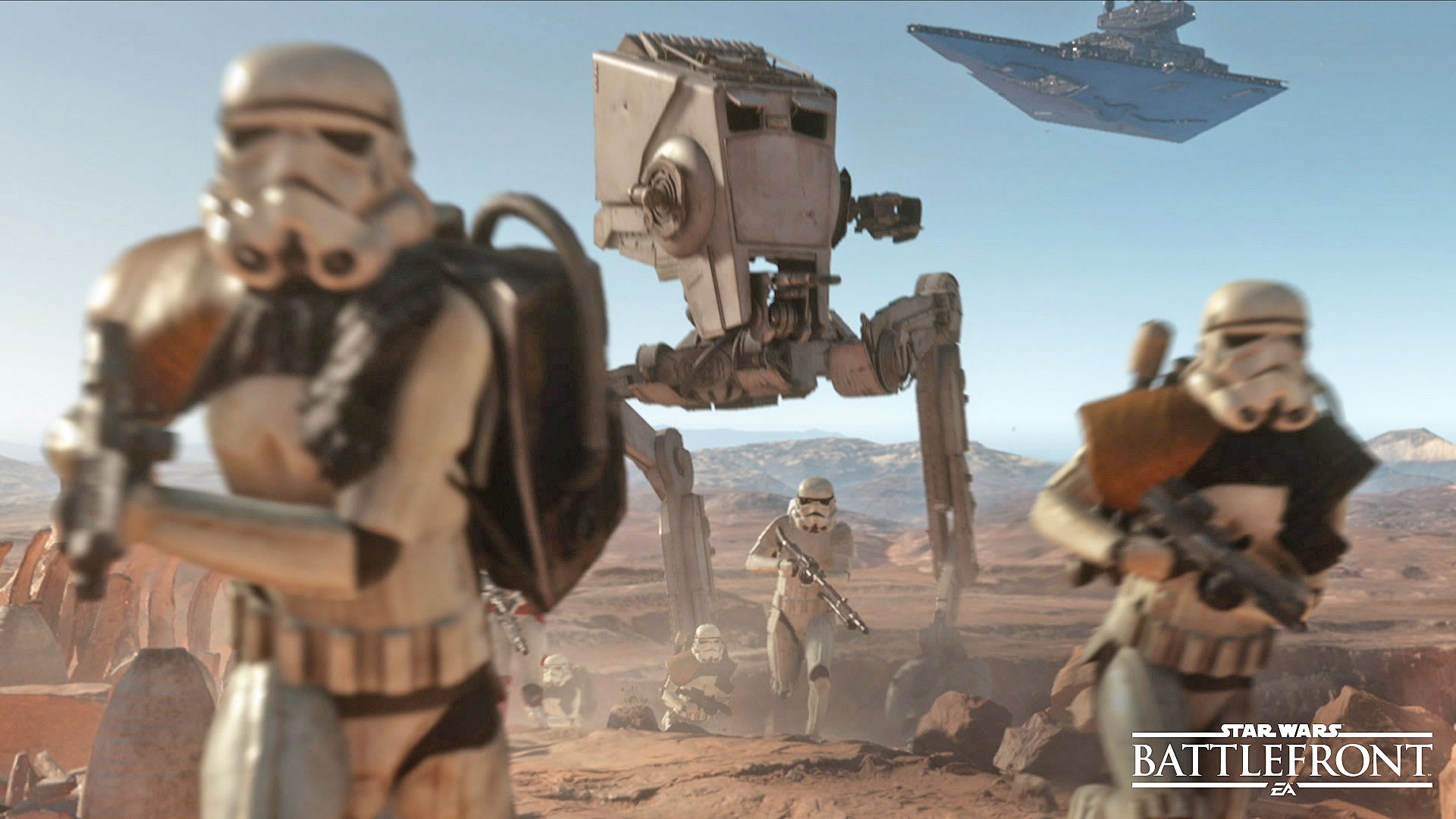 With the Battlefield 1 closed alpha raging on and the full game launching in October you might think that developer DICE is forgetting about its other shooter, Star Wars Battlefront. That's not the case. Come July 20th, the game will have a new offline gametype dubbed "Skirmish." A post on the EA Star Wars site says that Skirmish is playable against bots, either solo or with a co-op partner in Walker Assault and Fighter Squadron modes. The free update is welcome, of course, but I'm not sure how many people still playing this are jonesing for a new AI-based bot mode. Or if they've abandoned the game, if this could win them back. This is a problem of publisher Electronic Arts' own making, though.

The last time EA mentioned the Death Star expansion pack we had a vague "fall 2016" launch date, but that was it. Now the fog has cleared a bit and we know that it's coming out in September. Next month, EA will probably give us an exact date. It's frustrating, but that's unfortunately how this stuff tends to go.

The post goes on to say that the pack will feature ground-and-space based maps (fingers crossed for a trench run gametype a la Walker Assault's Battle of Hoth reenactment), new weapons and a pair of shiny heroes. Specifically, "one larger-than-life character we know you've been patiently waiting for." Who could that be, hmm?

Source: EA Star Wars
In this article: battlefront, dice, ea, eaorigin, electronicarts, gaming, internet, pc, pcgaming, playstation, playstation4, ps4, skirmish, starwars, starwarsbattlefront, update, xbox, xboxone
All products recommended by Engadget are selected by our editorial team, independent of our parent company. Some of our stories include affiliate links. If you buy something through one of these links, we may earn an affiliate commission.